Greenlight > Games > ASHGAMES's Workshop
Greenlight is being retired. For more information on how to submit games to steam, refer to this blog post.
This item has been removed from the community because it violates Steam Community & Content Guidelines. It is only visible to you. If you believe your item has been removed by mistake, please contact Steam Support.
This item is incompatible with Greenlight. Please see the instructions page for reasons why this item might not work within Greenlight.
Current visibility: Hidden
This item will only be visible to you, admins, and anyone marked as a creator.
Current visibility: Friends-only
This item will only be visible in searches to you, your friends, and admins.
Splee & Glob: Monster Defense
Description Discussions10 Announcements10 Comments395 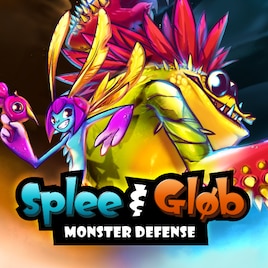 ASHGAMES
Offline
See all 22 collections (some may be hidden)
Kickstarter
Recent Announcements View All (10)
Nothing new, but...
July 1, 2016 - ASHGAMES

There are no news about Splee & Glob - unfortunately. But we would like to highlight that we have three games discounted in the Steam Summer Sale 2016:
GhostControl Inc. - turn based strategic ghost hunting is 50% off.
Nelly Cootalot: The Fowl Fleet - pirate themed comedy adventure game (including the voice of Tom Baker) is 30% off.
Carpe Lucem: Seize The Light - Virtual Reality Puzzle game is 15% off.

And we are running a Greenlight campaign for a new game called Unforeseen Incidents. Maybe you want to support us there as well.

Here is the next video update: Meet "Willy" another one of the monsters in Splee & Glob: Monster Defense. Learn about his abilities and the upgrades he'll have.

http://youtu.be/Ovq3EZv5uHY
Working on the next one!

In a strange world inhabited by creatures which we might call monsters, it was a peaceful world but it could not last. One day a crazed robot army arrived with the sole objective to exploit the planet's precious resources. It's now up to the nerdy engineer Splee and her hunky pal Gløb to stop the invaders.
In Splee & Gløb: Monster Defense, up to two players take control of the unlikely couple to fend off the invaders through clever tower-building, strategic tower placement, and dynamic third-person combat in the most non-linear and asymmetric tower defense game you've ever seen.

Try the prototype:
You can access the playable prototype here:
{LINK REMOVED}http://www.application-systems.co.uk/spleeandglob/download_prototype.html

Gameplay
In Splee & Gløb: Monster Defense, you take direct control of both characters to protect your monster world against the invading robot army. By switching between characters, you can use their individual abilities. While Splee is gifted with strategic skills and abilities, Gløb is always the choice for direct combat. Using either character, you can place monsters with defensive capabilities on the battlefield using the hexagon grid layout. Each scenario differs and so does the behaviour of the enemy.

Project schedule
The project is currently in prototype stage, which means that we have one gameplay demo level with both protagonists, three bot unit types and seven monsters available. Using the funds from kickstarter, this is what we would like to add next:
< >
395 Comments