Comments
About CBP
More information about the patch can be found on its Workshop page.
Installation Guide
Prerequisite: .NET Framework
If you use windows 7 or 8.1, you may need to update your .NET Framework installation[dotnet.microsoft.com] BEFORE continuing.

99.99% of Windows 10/11 users will already have the required .NET Framework version installed, and so can most likely skip this step.

Step 1
(If you don't have automatic updates enabled for Rise of Nations on Steam, the download may not happen automatically.) 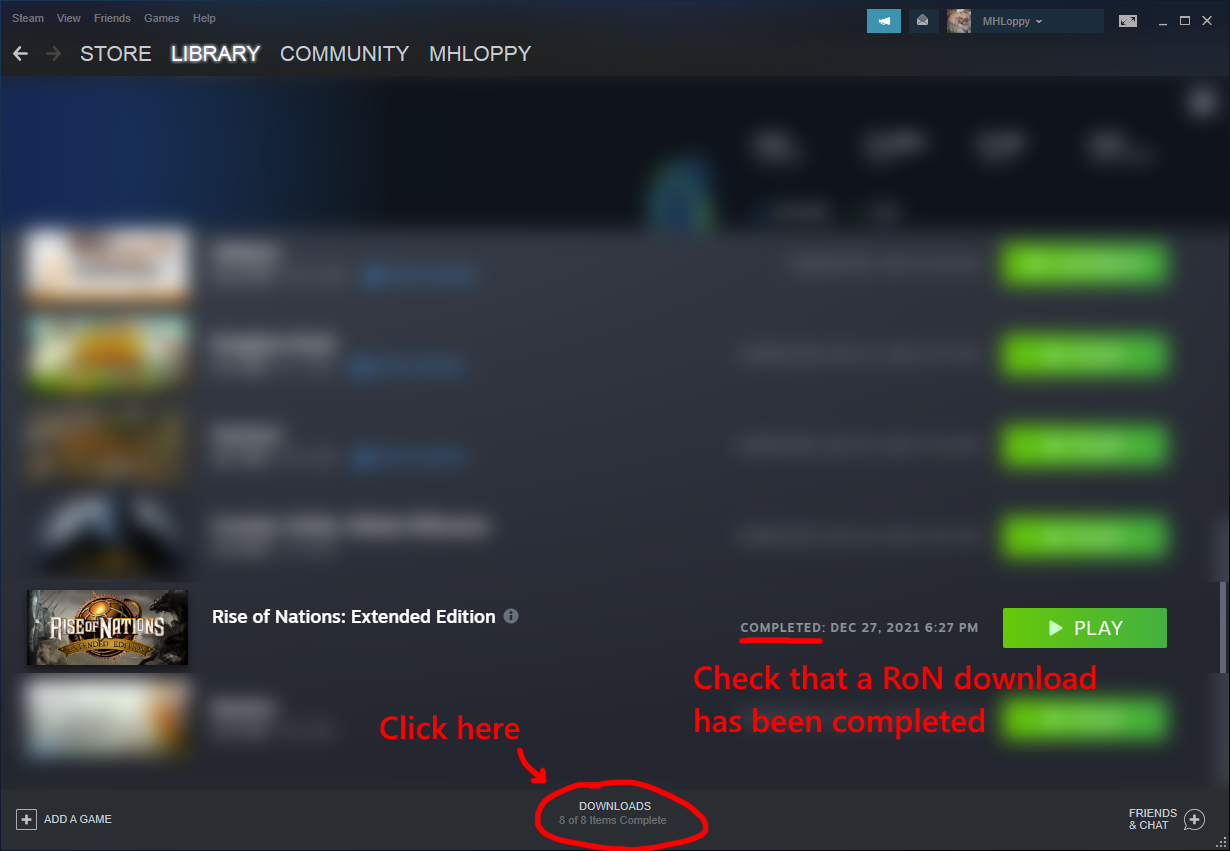 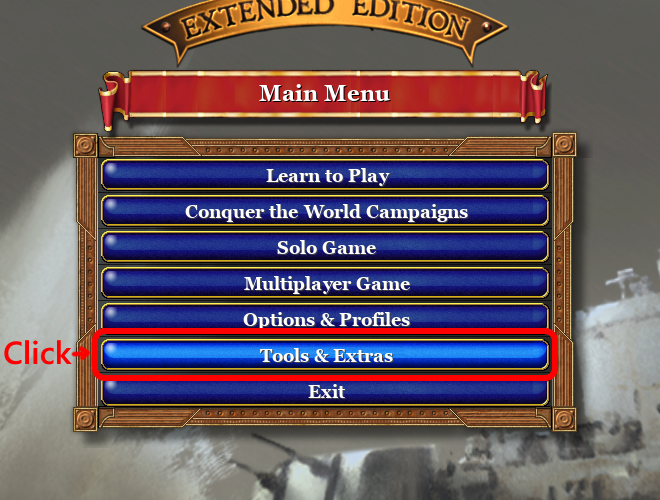 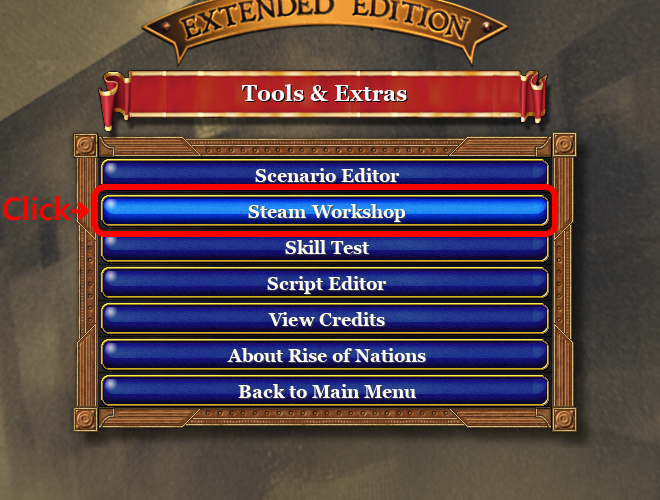 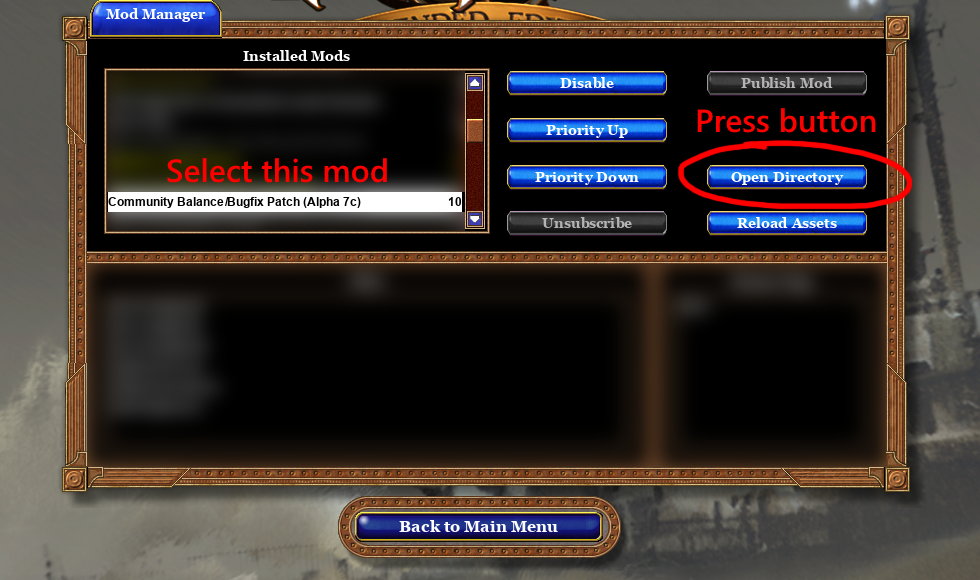 If you try to patch your game files while the game is running, your computer will explode and everyone you've ever met will step on lego.

Step 4
Run CBPSetupGUI.exe. After successfully copying files, it will ask if you want to start CBP Launcher. Say yes.

(You DO NOT need to run CBP Launcher directly.) 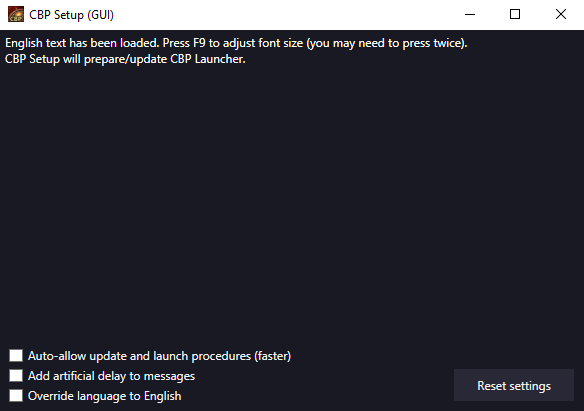 Use the Load and Unload buttons just above the Launch Game button to quickly patch and unpatch your game. 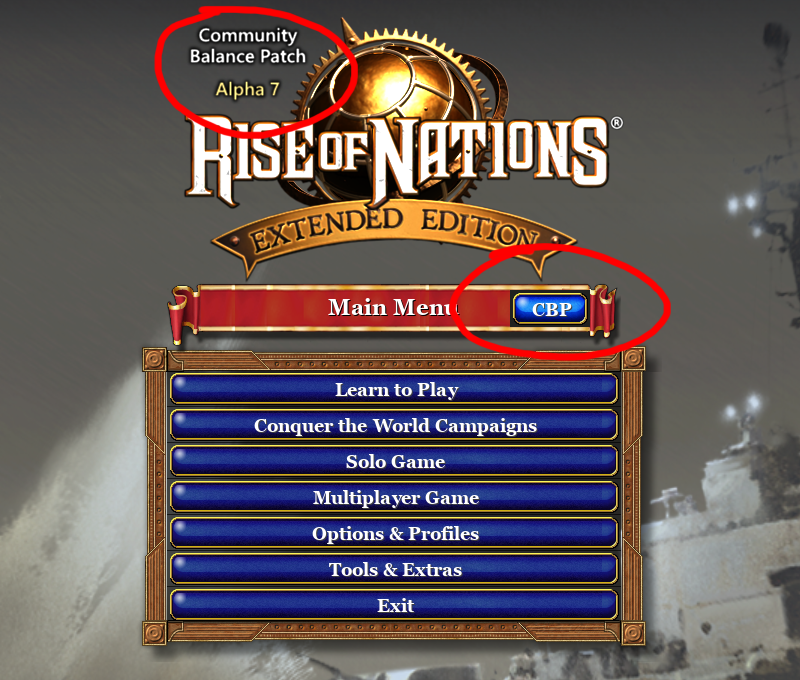 When your game is patched, your main menu will change. The CBP button on the main menu will not do anything when you click it, but you can hover over it to get a status readout (if your resolution is high enough to display text below the main menu).

Q: I don't know how to unload the patch and I didn't replace my launcher!
A: Repeat step 4 of the guide: run CBPSetupGUI.exe again, allow the custom launcher to start again, and click "Unload CBP".

Q: I'm getting some weird error! Help!
A: We'd appreciate if you make a post about it on the bug reports discussion on the mod page. and we will help you out. If you want to get playing fast, but are unable to unload, you can seek help from us on the RoN Discord. And if you are REALLY impatient, verifying the integrity of the game cache on Steam should disable the mod entirely.

Q: Why is this patch needed?
A: Because Extended Edition is bugged beyond belief. This patch started as a way to balance nations and rare resources, but now the bug fixes are probably even more important.

Q: What does this patch even do?
A: The patch itself changes some of the game's data and art files. The effects of all of the changes are documented in the List of Changes[docs.google.com].

Q: Why doesn't the patch change something that I want changed?
A: Either because we want to take balance changes slow, we didn't think of it, we decided against it, or it is simply impossible to patch with our resources. The Patch is a work in progress, and its current state is not intended to be its final state.
If you have any thoughts about what you would like to see (or not see) in the patch, let us know in the balance discussion on the mod page.

Q: How do I know who has the patch loaded?
A: Room hosts with the patch active usually have a CBP logo in the room name, although that can be disabled. Other than that, asking is a pretty good move. If you wish to test it, using the icons has worked for us, where you type #ICON169 and ask them if they see the symbol. Icons 114-170 are unique to CBP.

Q: This patch is against the original developers intent!
A: Strictly speaking, that is not true. CBP makes the Extended Edition more similar to Thrones & Patriots, because of the numerous balance changing bugfixes. And Big Huge Games released a number of official patches[riseofnations.fandom.com] to make the game more balanced, because they knew that the game was good, but could always be made better. We're simply picking up where they left off.

Q: Why this launcher? RoN already has a mod system in the game.
A: Because of three words. "Out of Sync." For singleplayer, a classic dropdown mod works just fine. For multiplayer, it seems that out of the several ways a mod could be applied, only complete brute force file replacement doesn't cause stability issues. And to not force people to back up and copy several files every time they load or unload the mod, a launcher was made which can do it easily with a single click.
< >
1 Comments