Battle Nations > Guides > Magnitude's Guides
This item has been removed from the community because it violates Steam Community & Content Guidelines. It is only visible to you. If you believe your item has been removed by mistake, please contact Steam Support.
This item is incompatible with Battle Nations. Please see the instructions page for reasons why this item might not work within Battle Nations.
Current visibility: Hidden
This item will only be visible to you, admins, and anyone marked as a creator.
Current visibility: Friends-only
This item will only be visible in searches to you, your friends, and admins.

Comments
Overview and Introduction
Hello, Battle Nations player, If you are reading this guide then you must be thinking, "Hey, this guy knows exactly what i'm thinking about," and you are right! But I know alot more than just that. Through my experience with Battle Nations, the popular turn-based military stratagy game by Z2Live, I have learned alot about constructing the strongest army this side of Ateria. In this guide I will share some of my tips about Battle Nations and help you out on building your base and army. Please note, this guide is intended for people who have experience with the game and know the basics.
Sec. 1: My Top Units
In Battle Nations, your army should be your biggest focus. Sure, your outpost is important too, but I will get there later. In this section, I am going to be going over some of my favorite units. Here they are: 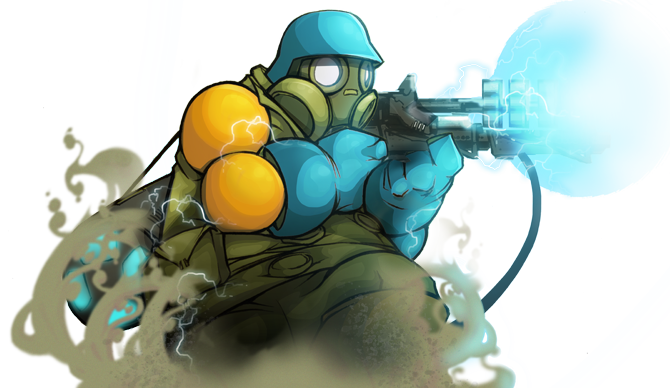 Lightning Dragoon and Lightning Trooper
The Lightning Troops of your BN army. These guys are fantastic. The reason I put these two together is because they are basically the same unit, albeit slightly different stats and costs, but anyway, onto the unit. Being dirt cheap for their rank available, there is no excuse to not have a couple of them in your army. Looking beyond their sweet appearance, their stats are something remarkable.

Both sport (powerful) area attacks, a 'V' shaped area effect, penetrating through all rows of unfortunate souls who happen to be standing in front of these menacing soldiers. The Dragoon quickly became one of my top units in the game, and when I was (finally) able to train a Trooper, It was a match made in heaven. 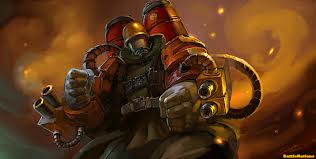 The Salamander
This is the only Nanopod unit on this list
The Salamander surprised me. In a good way at least. Let me just say, this is my favorite unit. Let’s go over its positives and negatives. The Salamander is a heavily armored unit, being able to withstand tons of punishment with a whooping 300 HP! You might be thinking, "That’s not much health", but compared to a low/medium-tier tank, it’s pretty impressive. What really makes this unit shine is it's attacks, two area-effect attacks and an armor-piercing fire punch! While this unit only has two weapon slots to begin with, ranking him up to level 3 will equip him with all of his army-shredding attacks. I highly recommend this unit to anyone with 50 extra Nanos.

The Dragon
Do I have a thing for fire-based attacks? The Dragon is a unit which dishes out fire from above. This thing is literally an incendiary artillery. While it isn't too powerful when starting out, ranking it up upgrades its health, armor, damage and DOT (Damage Over Time). Its stats are nothing out of the ordinary, but being available at level 42, and being able to churn out dozens of these things (they are pretty cheap considering the level available), well, let’s just say the enemy better start running.

L7 Sandworm Drill
Ok, here is one of the coolest units in the game. The L7 Sandworm Drill is powerful. At 500 HP, 'The Drill' is one of the toughest non-Nanopod units available. Its attacks are crippling too. Able to attack front-line enemies, as well as the ones in the back, 'The Drill' can take on almost anything. Its only downside would be it's expensive healing cost at higher ranks, but hey, doing 400+ damage is sometimes worth it. Did i mention it’s a drill? 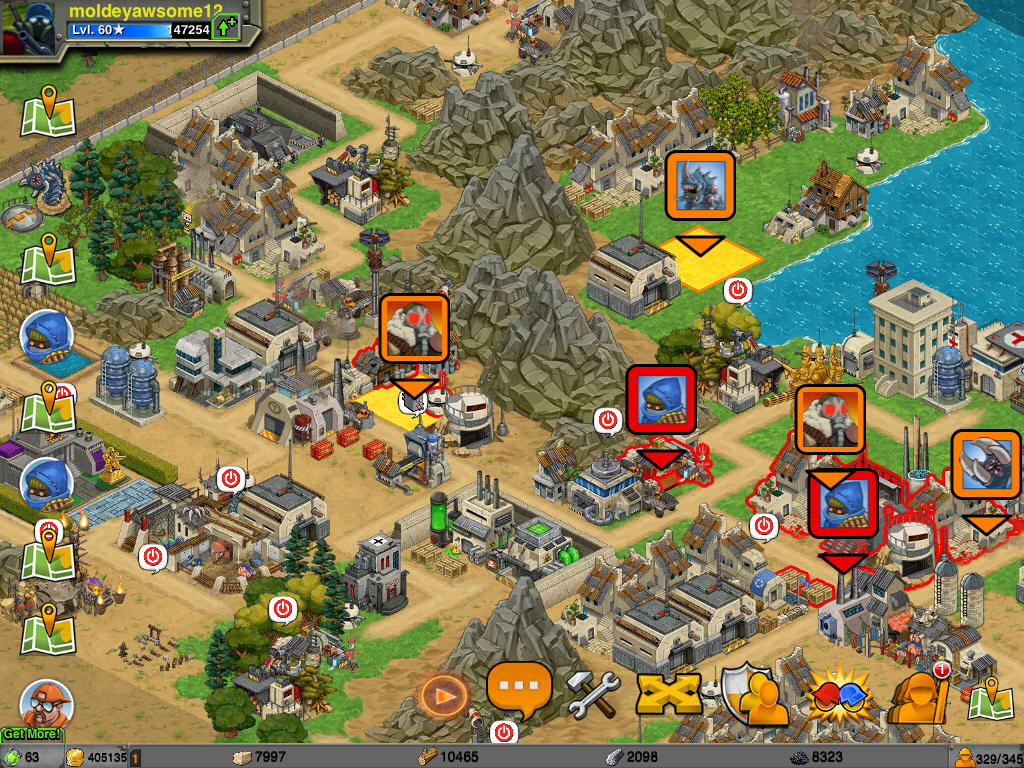 Your Battle Nations outpost is your home base. It’s what you will see every time you start up the game. For me (and my uncontrollable OCD), my outpost symbolizes everything you have accomplished. On the right, you can see my outpost from awhile ago, it has been updated since, but the general layout has not changed. But owning an outpost is not just about making it look pretty, it’s also about defense, shops, and production. Here are some of my tips on creating an effective outpost:

Sec. 3: Miscellaneous Tips and Tricks
Closing
Thank you BN player for reading. This is my first guide and it took quite a bit of time. I received all of my information from the Battle Nations Wiki (http://battlenations.wikia.com/wiki/Battle_Nations_Wiki). Credit is due towards my good friend Mr. Cheese who helped me out with some of the tips in Section 3 of this guide. Your support, rating and comments are appreciated, and good luck to everyone in the world of Battle Nations. I hope these tips helped you.
< >
8 Comments

clintoncdotson Oct 16, 2014 @ 3:46am
Some of those nano units are by far the best units in the game, once you rank them up. I would save my nanos and pick and choose the nano units you want carefully. As far as defenses go, it really depends. If you are in a guild, defenses around key resourses get in the way of occupations, and occupations are what keeps others in the guild, including yourself, stocked up with the appropriate resources needed to heal and build your army. Having a good working relationship with fellow guild members is more important than defense. I'm not picking your review apart, it's a damn fine review, just adding a bit. But one thing I have to say...The Dragon? Really? It takes way too long to reload.

Birdsharktopus Sep 23, 2014 @ 1:42pm
I always expand my land when ever I can, time is the only thing that holds me back from having my outpost twice its size. I'm working on number 8 and I'm only one level 9.