Store Page
Arma 3 >  Workshop > Nominesine's Workshop
This item has been removed from the community because it violates Steam Community & Content Guidelines. It is only visible to you. If you believe your item has been removed by mistake, please contact Steam Support.
This item is incompatible with Arma 3. Please see the instructions page for reasons why this item might not work within Arma 3.
Current visibility: Hidden
This item will only be visible to you, admins, and anyone marked as a creator.
Current visibility: Friends-only
This item will only be visible in searches to you, your friends, and admins. 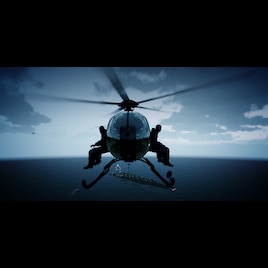 Nominesine
Online
See the collection (may be hidden)

This item has been added to your Subscriptions. Some games will require you to relaunch them before the item will be downloaded.
Description
Climate change has brought famine and disease to Altis.
The island republic stands on the threshold of a devastating civil war, and NATO carrier group Freedom is deployed in the Mediterranean Sea to protect NGO aid workers operating in the area.
Your special forces team codenamed Alpha, stationed on the destroyer USS Liberty, must locate and apprehend an insurgent leader known as 'The Spartan'.

G.R.U.N.T.S Mission Pack is a plot-driven cooperative multiplayer campaign for 1-4 players with a story that stretches over 8+ separate missions.
All missions are designed to be used in hosted multiplayer without JIP. SITREP is the introductory scenario.

These scenarios can now be found in the Workshop:

PSYCHOSIS Jul 14 @ 1:46pm
Hi. I'm looking forward to trying out this campaign and I'm wondering if you think it would be compatible with AI mods like LAMBS?
< >