Greenlight > Games > Trese Brothers's Workshop
Greenlight is being retired. For more information on how to submit games to steam, refer to this blog post.
This item has been removed from the community because it violates Steam Community & Content Guidelines. It is only visible to you. If you believe your item has been removed by mistake, please contact Steam Support.
This item is incompatible with Greenlight. Please see the instructions page for reasons why this item might not work within Greenlight.
Current visibility: Hidden
This item will only be visible to you, admins, and anyone marked as a creator.
Current visibility: Friends-only
This item will only be visible in searches to you, your friends, and admins.
Star Traders: 4X Empires
Description Discussions2 Announcements23 Comments385 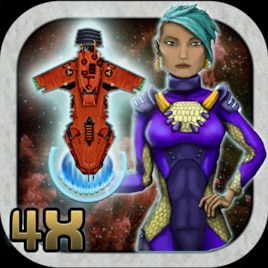 Trese Brothers
Offline
See all 29 collections (some may be hidden)

A huge thank you to everyone who voted Yes, Star Traders 4X Empires is now Greenlit for Steam! We'll be releasing it as soon as we can get all of the Trading Cards, Achievements, and the rest configured and setup. Stay tuned!

The internal politics engine in 4X Empires is one of the unique features that sets the game apart from other galactic empire builders. Your empire is build of disharmonious factions, and they will often be at odds with each other internally - which can wreak havoc on your economy, war efforts, or technological research. On the other hand, a strong political leader can use politics to your advantage, forcing treaties through, crushing bad conflicts and forging alliances to bring great prosperity to your Quadrant.

The latest release of Star Traders 4X Empires improves and expands the set of treaties and conflicts in the political theater.

With over 1 million players already immersed in the smash-hit Star Traders RPG franchise, the Trese Brothers brings you an expanded universe like no other in the epic sequel, Star Traders 4X Empires in Exile.

Hostile aliens await you at every turn, while political adversaries from within your own worlds attempt to overthrow your expanding galactic empire. You’ll need more than just military leadership to grow your dominance across the intricate landscape of Star Traders 4X.

Take control through the strategic use of spies, economics, politics, technology and advanced weaponry in the most engaging, expansive and intense turn-based sci-fi title that the iPhone has ever seen.

Rebuild the human civilization from the ashes of interstellar war to become the galaxy’s ultimate leader in Star Trader 4X Empires.

FEATURES:
* Grow a ragtag band of survivors into a new galactic empire.
* Protect your colonies of galactic refugees from alien attack.
* Employ devious political and economic machinations to expand your domain.
* Use spies and espionage to get the upperhand on your enemies.
* Research and build incredible new ships, weapons and technologies.
* Trade with a vast universe full of rich, dynamic characters.
* Explore the galaxy and uncover its many secrets.
* Multiple difficulty levels and customizable map sizes.
* Risk everything to rescue refugees and keep them safe.

Get ready for the fight of your life in Star Traders 4X.

Trese Brothers  [author] Nov 19, 2014 @ 8:35am
Thanks to all of our supporters who have helped us bring another indie game to Steam! We will keep you posted on the upcoming launch date!

Please check out our other games on Greenlight!
http://steamcommunity.com/sharedfiles/filedetails/?id=311638058

Star Traders: 4X Empires has been Greenlit and is now listed in the Steam store. For the latest information, purchase options, and discussions for Star Traders: 4X Empires, please see it on the Steam Store or in the Steam Community.
Visit Store Page
For more details Visit Community Hub
For latest discussions
If you really, really want to, you can continue to the Greenlight page. Information on this page may be out of date, since all the action has moved to the areas noted above.