Greenlight > Games > Sonny - Unicube's Workshop
Greenlight is being retired. For more information on how to submit games to steam, refer to this blog post.
This item has been removed from the community because it violates Steam Community & Content Guidelines. It is only visible to you. If you believe your item has been removed by mistake, please contact Steam Support.
This item is incompatible with Greenlight. Please see the instructions page for reasons why this item might not work within Greenlight.
Current visibility: Hidden
This item will only be visible to you, admins, and anyone marked as a creator.
Current visibility: Friends-only
This item will only be visible in searches to you, your friends, and admins.
Sheltered
Description Discussions30 Announcements15 Comments662 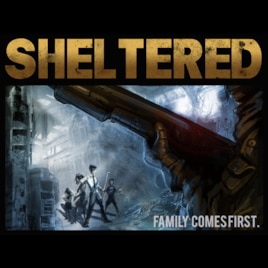 Sonny - Unicube
Offline
See all 141 collections (some may be hidden)
Kickstarter
Recent Announcements View All (15)
The Evolution of Sheltered.
February 27, 2015 - Sonny - Unicube

It has been a long while since the last update, and for that we're sorry. The last two months have been possibly the busiest of our lives. We completely moved home and transferred to be closer to the Team17 offices. We're now in-house, working with our own team to push the game to the next level.

So...without waiting further, I'll post a screenshot to show just how much work we've been putting in, and how far we've pushed the game in such a short period of time.

Thank you for your patience. We realise we've been quite hands off with the community as of late, but it is literally only because we're working so incredibly hard every day to bring the game to you guys as soon as possible.

Has been a great few months of development. In our new office we've been able to get into full crunch mode without any distractions. Our first minor milestone has been completed, and we're on track to have deadlines completed!

Please remember to follow the official devlog[sheltereddev.wordpress.com] and if you haven't already, register and become part of our forum community: forum link[www.unicube.net]

Here are some of the latest screenshots, though many are still subject to ongoing change!: 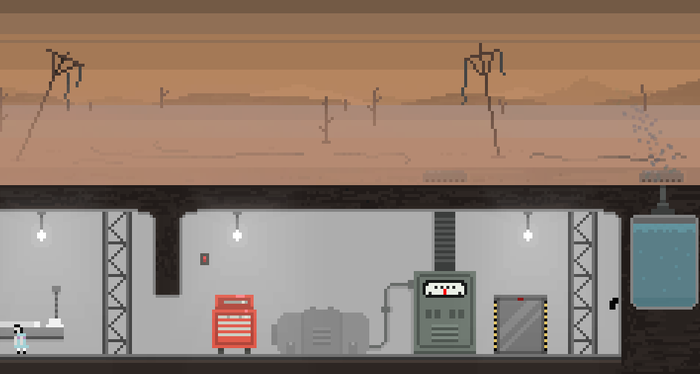 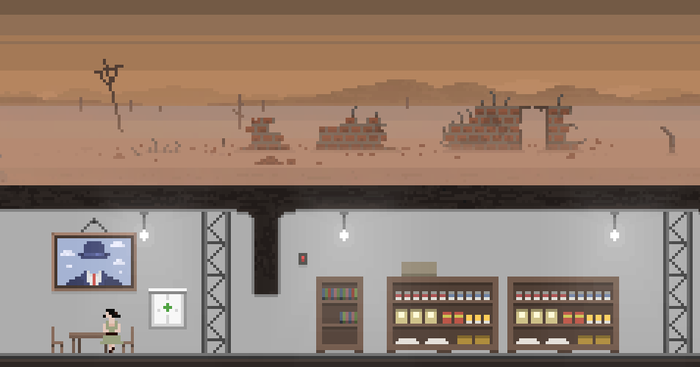 Outside of the shopping mall, pre-explosion 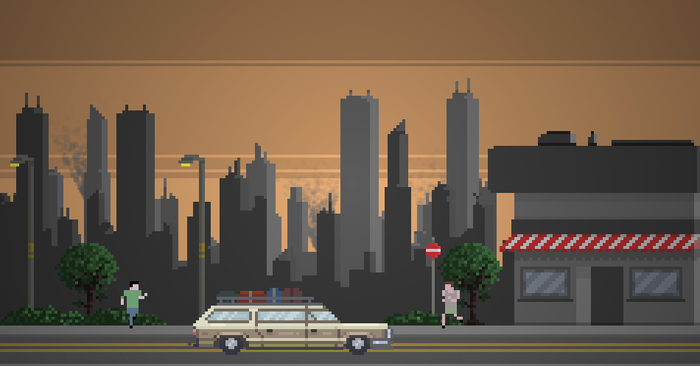 We also had a local artist in our hometown create a poster for the game: 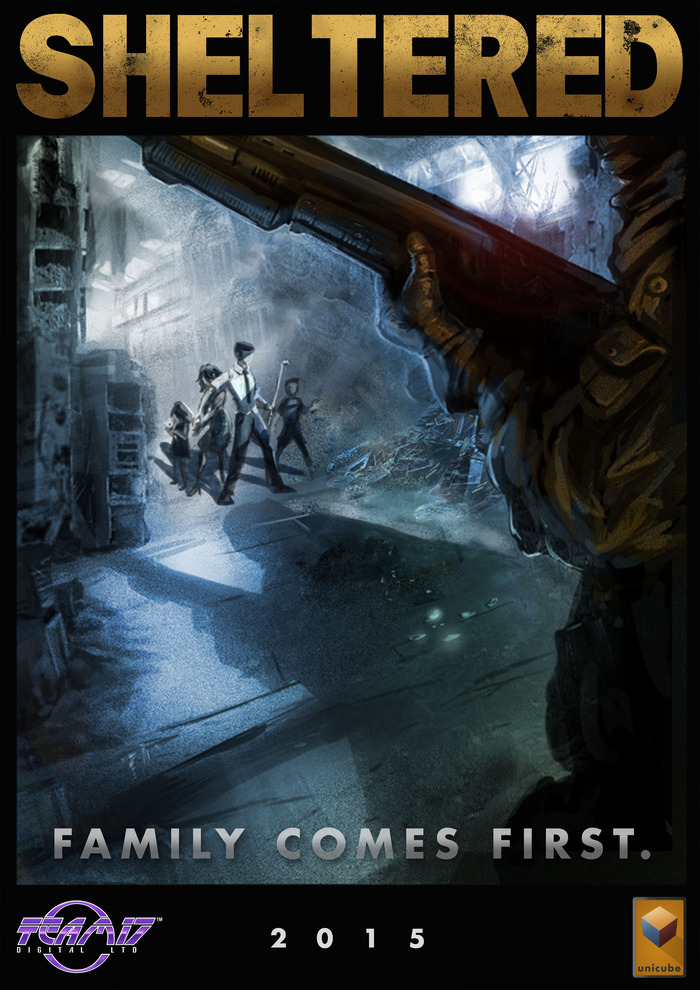 Read More
Description
Release date: Mid 2015
Shelter is a survival strategy game where you're set the task of keeping your family alive in the cut-throat, desolate expanse that is the post-apocalyptic era.

A father, a mother, a daughter and a son. Given a head-start over the billions lost in the nuclear holocaust, you start in an almost impenetrable underground fortress designed to keep a family alive and well. But in this dark and unforgiving world there are innumerable dangers that threaten the life of your family.


But the highest dangers of all are the dregs of the nuclear war. The rest of the human race that wander the wilderness, alone, cold, malnourished, and wanting nothing more than to share your well-prepared comforts.

The game contains a highly complex system that keeps track of the family water and food rations, their mental well being, their general fatigue and sickness levels. The player will have to send out members of their family (or possible survivors they have recruited into their shelter) to scavenge for supplies in the wasteland.

There's a very fun combat system implemented that requires a lot of strategic thinking. A man, woman and two children are fairly easy game for the raiders that roam the wasteland. Each family member will have their own stats that will effect the combat resolve.

To make a game of this calibre takes a lot of time. A LOT of time. We're two guys with a plethora of other commitments in our lives, but our top priority is making this game. With your help and backing we can focus our time and attention almost exclusively on making the game the very best it can be. With the money we're going to set aside a large chunk to make the rewards as satisfying as they possibly can be, and we're going to use it wisely to make the distribution as smooth as possible.

WanderingInsane Dec 10, 2015 @ 4:21pm
I cant get oxygen in my old sheltered game in the new update, my power is on, the oxygen filter is fixed and not disabled so why are my people suffocating?