Greenlight > Games > bioniteorigins's Workshop
Greenlight is being retired. For more information on how to submit games to steam, refer to this blog post.
This item has been removed from the community because it violates Steam Community & Content Guidelines. It is only visible to you. If you believe your item has been removed by mistake, please contact Steam Support.
This item is incompatible with Greenlight. Please see the instructions page for reasons why this item might not work within Greenlight.
Current visibility: Hidden
This item will only be visible to you, admins, and anyone marked as a creator.
Current visibility: Friends-only
This item will only be visible in searches to you, your friends, and admins.
Bionite: Origins
Description Discussions6 Announcements15 Comments260 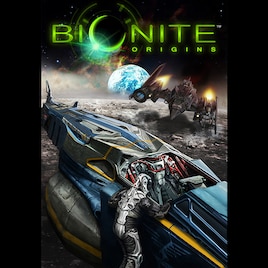 bioniteorigins
Offline
See all 25 collections (some may be hidden)
Kickstarter

View Bionite: Origins in the store

We decided to get jiggy with the vehicle cockpits for the Steam Release. Sorry about the delay! We want to make sure everything is running smoothly before the release. We are currently finishing the cockpits for all the vehicles, here is a VIDEO and a SCREEN of the Bayonet cockpit:

We finally have enough of the core game ready to release on Steam. We will be updating our steam page regularly with updates and images of the new content. We are going to release on Steam Early Access with the singleplayer version of the game, then the Multiplayer version will be release in Q4 of 2016. We had alot of changes recently and were lean, mean, and ready to start making kick ass games for all you hardcore gamers out there.

Bionite: Origins is a work in progress to feature hover tanks in FPS/RTS game modes. In Bionite: Origins you get to pilot hover tanks in a variety of different game play types. Standard death match has you pitted against other players in head to head dogfights pitting pure skill to pure skill. RTS(Real Time Shooter) death match, coming soon, incorporates base building to the death match. The last part to be added will be a full on campaign mode that gives you all the RTS death match game play in full story mode.

Upon our games alpha release on June 29th 2014, Our current main features include a combination of Siege and Tactical FPS. Utilizing the UDK engine we have created an objective based FPS in it's purest form. Join your friends, enemies, or even your freinemys in an Objective based dog fight that can contain up to 64 cannon fodder. Select either the Powerful IMI or the underdog Rebels in a fight to defend, or destroy Three different objectives. Choose from 7 different vehicles which can counter each other in different ways, that is if you choose the right weapons to do so. Just remember, strength in numbers is a big part of the game. Stray from your team and your chances of survival are heavily reduced.

We are very excited about our future plans. RTS Death match being one of them. In this blend of FPS and RTS, you will have to build your own base while trying to defend it. Maps will be able to house up to 8 players to duke it out in 4v4 combat. Teamwork will be absolute key in this up and coming game mode, but to survive you will need to balance between support, assault and defensive structures. Players will be given full AI command and control. Create squads to defend, scout and ultimately lay siege to your other "friends" base. Just remember, resources are limited, so watch what you build. Kill or be killed.

With your help, we can fund our ultimate goal for a full 2 story-line campaign between the IMI and the Rebels. Control maps to complete objectives. Deprive the enemy force or resources before they have a chance to build a force to rival your own. Discover a sinister plot to deprive the solar system of resources and face the unknown
Popular Discussions View All (6)

bioniteorigins  [author] Dec 20, 2015 @ 11:57am
The Game is in the review que! Just need the OK from Steam and it will be on Early Access. SUPER THANKS to everyone that voted for this game to be greenlit and supported us over the past 6 years. It has been extreml difficult to get the game completed because of its complexity. (for example we had to come up with a special method just to get the game to cook using the Unreal FrontEnd!). We may have had an easier time using a different engine, but UE3 looks great and can handle the intense amount of code needed to run Hybrid. Please check out our website at www.bionitegame.com for more info about the game and to get the game Manual and read the backstory intro . Please post questions and/or comments. ~LtF

Molested Bunny Nov 18, 2015 @ 10:45pm
Dont rush it. Your EA release IS the games full release for most people, so if its extremely buggy and/or has little to no content it will end up in the indie bin.

Angry Kiwi Oct 12, 2015 @ 11:27pm
I have a few questions since what i currently see leaves me a negative emotions.
Graphics are going to be changed? In my opinion textures and models looks much better in the bz/bz2 then here.
Limited resources, is it going to be optional?
Voice/HUD is giong to be reworked? (yes, i've seen your youtube channel)
Are there going to be building like radar array from bz2 to enter tactical view?
Hope to see some unique units like APC and archer.
I've seen there are going to be only 2 fractions, are they going to be unique from each over (like one is good in defence and other in offence)

super_man_juice Aug 22, 2015 @ 5:56pm
Man this suck's have been following this game for a few year's know ever since i heard it was in development stages with nothing more than a few screenshots. It's a bit upsetting to hear that this game has been on standstill for months on end. The potential of this game is amazing! would love to know more about the multiplayer aspect, having played both one and two i was genuinely surprised that anyone would take on the idea of a third game title. Platoon studios i am patiently waiting for what i hope everyone can enjoy a awesome FPSRTS game!!!

eMiKo May 18, 2015 @ 5:27pm
No they didnt, their youtube channel is still uploading new videos every few days.

Bionite: Origins has been Greenlit and is now listed in the Steam store. For the latest information, purchase options, and discussions for Bionite: Origins, please see it on the Steam Store or in the Steam Community.
Visit Store Page
For more details Visit Community Hub
For latest discussions
If you really, really want to, you can continue to the Greenlight page. Information on this page may be out of date, since all the action has moved to the areas noted above.