Advanced Squad Leader Tactics
By BigX
There are many guides out there that explain how to play as a Squad Leader in RO2, but most of them only cover the basics. This guide reflects my personal play style and the tactics I use to win consistently high scores in the Squad Leader class.

Priorities of a Squad Leader 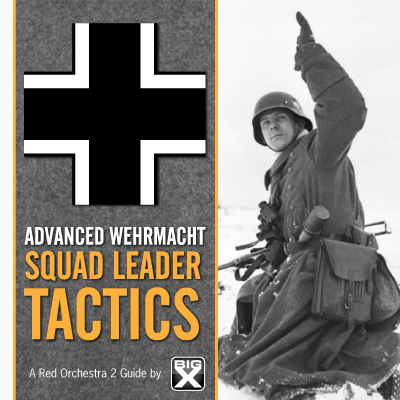 Everybody has a different way of playing and I make no claim that my way is the best. I do claim it works for me. I've been able to stay at the top of the team points total on many a match by employing the following tactics. 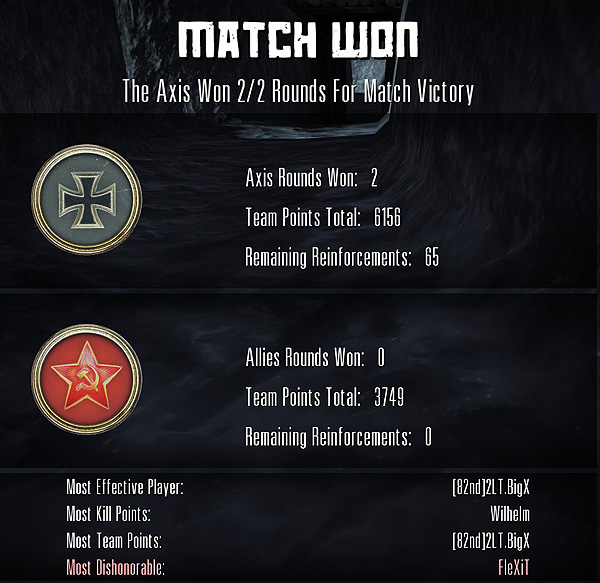 While it's true that a RO2 Team Leader needs to be “in the rear with the gear” (a safe location next to a radio) it's a common misnomer that Squad Leaders must do the same. The role is far more complex than that. It's contribution to the team effort of winning a match cannot be reduced to such a limited view. The truth is that an effective Squad Leader needs to know when its time to play it safe and when its time for bold, risky action. The role is called Squad Leader for a reason. A Squad Leader leads.
Priorities of a Squad Leader
My priorities (in order of importance) as a SL in Red Orchestra 2 are:

Standing still is a fast track to defeat for the assaulting side in any match. It enables the enemy to seize the initiative and to whittle down your tickets to an ineffective size. The best time to conserve tickets is toward the end of a match or any time they appear alarmingly few. Otherwise, the winning formula for a Wehrmacht team is the tactic of Blitzkrieg or Lightning War. Strike first. Strike fast. Strike Hard.

As a result of this philosophy I'm often criticized by those who feel I die too much as a SL. My efforts at reaching a tactically useful place to dig in are often misconstrued as careless ignorance, likely fueled by the tendency of inexperienced Squad Leaders to do just that.

SL's need to stay alive, yes, because of their function as mobile spawn points for fresh troops, but sometimes getting to a place useful enough to do so means sticking your neck out and taking risks, especially when partnered with an inexperienced or uncooperative squad who don't know how to cover and protect their SL, or for other reasons can't be bothered to actually try to capture (or defend) objectives.

I get to the objective as fast as I can and I stay there as long as necessary. When attacking on maps where momentum is of the utmost importance (which is almost all of them) I will move immediately to the next point after capturing the last one. Sometimes this gets me killed. More often it gets my squad spawning deep in enemy territory and working toward taking the next objective before the enemy can organize a counter attack to recapture the point they just lost.

I never give up objectives too easily on defense. Immediate withdrawal from a lost point is only called for when your team's tickets are low and even then withdrawal must be done with care. Attacking teams often feel invincible and charge forward immediately after capturing a point. This is an opportune time to surprise them with the fact that you are still there. When a defensive position is overrun and no safe escape route exists, it is a far better use of your life as a Squad Leader to hang on and die opposing the enemy than to leave cover and become an easy target as you run away.
Providing Cover (Smoke)
Smoke is an essential tool in providing one's squad with cover in order to advance, but it's often used improperly and with little effect, either by the Squad Leader throwing it or by by troops who fail to use it.

I hang on to my smoke as long as possible. It makes no sense to conceal one's advance in the early stages of an assault if one's troops will run blindly through it and emerge in the open in front of enemy fire still far from the objective. I get as close to enemy lines as I can and then throw smoke. It blinds the enemy at close range and maximizes the distance my squad can travel forward under cover. 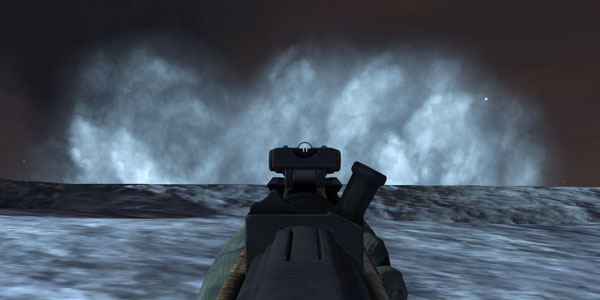 As a rule I seldom if ever throw smoke when defending. It obscures the defenders' line of fire and only aids the enemy's advance. The only circumstances under which I throw smoke when defending are a) if its tactically necessary to re-take a fallen objective and the only way to do this is for an aggressive assault under heavy enemy fire or b) an engineer or AT soldier has specifically requested smoke for cover to destroy a tank when it has performed a deep infiltration of our lines and is causing heavy casualties or c) during a coordinated tactical withdrawl from an exposed position where, in order to get to the fallback defensive line one must expose one's back to the enemy for an extended period of time (such as when defending Mamayevkurgen and retreating from its defensive positions)*.

A very effective tactic I use when I can find a like minded Squad Leader to partner with is to plan cascading smoke cover where one SL covers the initial move-out and the the other throws smoke near the capture point, providing continuous cover from deployment to the objective.


*special thanks to [40-1]Maraak for making this point in the comments section and causing me to realize this piece of advice ought to be included.
Marking Artillery Targets
Artillery is the most effective anti-infantry weapon in your team's arsenal.

The very first thing I do in a match is mark a target when I know, even without looking at recon, the enemy is likely to be in large numbers. I also put down speculative marks at intervals because of my belief that even less than perfect artillery targets are better than no targets at all. I will often risk my life for a perfect mark when I know its worth it. 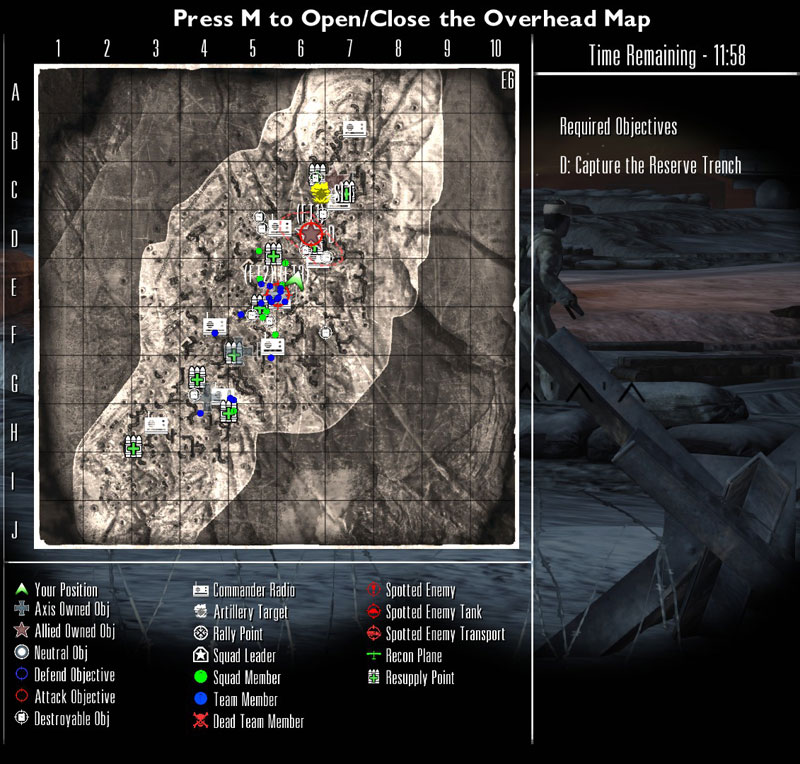 Providing a Mobile Spawn Point
There are two schools of thought on this: the first is that Squad Leaders ought to bury their head in the sand and hide for an entire match so they can keep their squad happy by spawning them further afield. The second is that it's far more effective to provide that spawn point close to the front and at tactically advantageous locations and therefore a certain amount of risk traveling to useful places to provide that spawn point is warranted.

The latter is what I subscribe to and doing so has served me well. I will often risk getting shot and having my squad mad at me that they have to spawn back at the deployment zone if I believe that where I am going will serve a far superior tactical advantage at the capture point being contested.
Calling out Intel
Binoculars aren't just for marking artillery. If a Squad Leader has nothing else to do and is in a position where he must stay put, he ought to be marking enemy positions and verbally reporting to the team what he sees. A good Squad Leader is in constant communication with his squad, the rest of the team and especially the commanding officer (Team Leader). 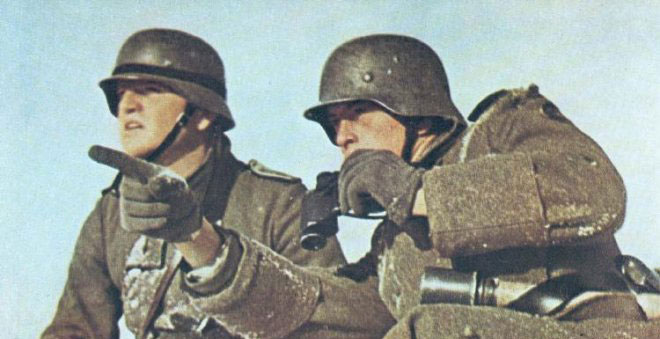 Inspiring the Troops
Nobody likes bossy players when they're just trying to have fun. When I play as a Squad Leader I try my best to encourage the team effort with plenty of praise for a job well done and when things aren't going our way be as firm as possible in pointing out what's going wrong without being insulting.
A Final Thought
The best cooperative model a team with multiple Squad Leaders can follow is what I call the “three-quarter rule”. On the attacking side, 3 out of 4 squads need to be constantly assaulting enemy position. The 4th remains at the last conquered objective and prevents it from falling back into enemy hands. On defense, 3 out of 4 squads need to stay inside capture zones and focus on defense. The 4th squad's job is to flank and harass the enemy's advance from the side or even the back of the enemy's position. When properly executed this tactic is unbeatable. 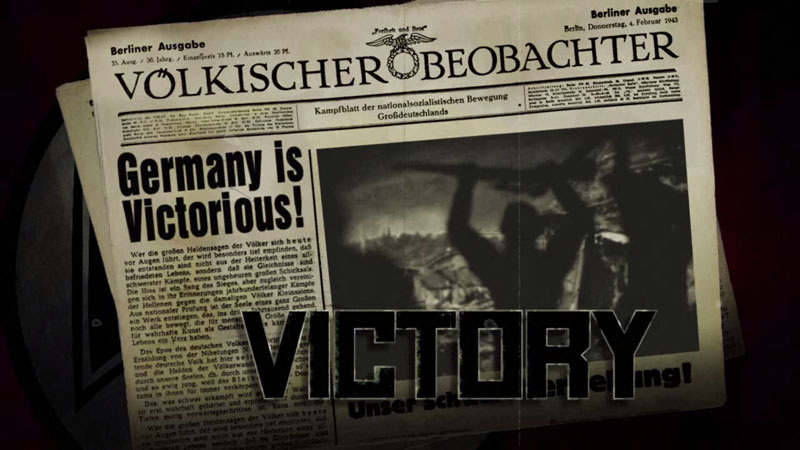 Taninsam Mar 2, 2019 @ 9:16pm
PT 2
Oh and if you are an SL DO NOT Shoot at your teammates to "motivate them" to move. all that does is make your ally shoot you back. I know this because many SL's shot at me for not moving when I was in a defensive spot watching a door. And It pisses me off as it reveals your location and stray bullets can kill you.


Many people like the PPSH-41 as there main assault weapon but the PPSH-42 is my preferred choice. Its whatever fits you.

Taninsam Mar 2, 2019 @ 9:16pm
PT. 1
Since I got hero rank as SL I always use the enemy guns as many new players only know the sound and you can kill VIP enemies like a sniper. MG, enemy SL and TL. I tend to try and get my allies as close to the enemies spawn or line as possible. Sometimes you have to risk a teammate if the enemy are looking for you. Many times I have gotten behind enemy lines by a rifleman dying. Because the Enemy thought it was him who was attacking them.


As an SL you must know when to shoot and when to remain hidden. Its tough when you really want to shoot some commies. But Discipline is what SL is about.

Buster Hymen Jul 30, 2015 @ 11:48am
Hello BigX, I am also a guide writer. Thought this piece was excellent except for the priorities section. I woud put Attacking and Defending points and being a mobile spawn point in the same league. If an Sl can't stay alive, your squad has to run back to the point from spawn, inevitably slowing down the capture or weakening the defense of the point. Besides that, I agree with everything else and use alot of the tactics mentioned here, good job :D

BigX  [author] Oct 25, 2014 @ 1:42pm
@TheNamelessone
Almost always use the semi-automatic Gewehr. I tend only to use the MP40 on smallish maps or on maps where there is a lot of indoor combat (Station, Grain Elevator) where I will switch to the MP40 once I am spawning near or inside buildings.