Store Page
Pavlov VR >  Workshop > HANK's Workshop
This item has been removed from the community because it violates Steam Community & Content Guidelines. It is only visible to you. If you believe your item has been removed by mistake, please contact Steam Support.
This item is incompatible with Pavlov VR. Please see the instructions page for reasons why this item might not work within Pavlov VR.
Current visibility: Hidden
This item will only be visible to you, admins, and anyone marked as a creator.
Current visibility: Friends-only
This item will only be visible in searches to you, your friends, and admins. 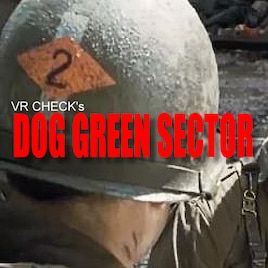 HANK
Offline
See all 75 collections (some may be hidden)

This item has been added to your Subscriptions. Some games will require you to relaunch them before the item will be downloaded.
Description
This is one of several WWII PUSH maps built exklusive for PCVR. (no shack version planned)

If you are a team player, this is the map you ever wanted.
The map layout works best with 16 to 18 players.
IMPORTANT: 18+ PLAYERS IS NOT RECOMMENDED AND MIGHT CAUSE BALANCING ISSUES
(If you play this map on servers with 18+ slots its up to you)

You will play with unique stuff:

Additionally to all upcoming map balancing updates, there are also
future updates in mind:

Tips for a successfull job:
*Don't play the lone wolve*
*Talk to your team*
*Flank the enemy*
*Use smokes*
*Do not concentrate only to one single objective*
*Watch your respawn count*
*Use different classes for different situations*
*If you're low on health call a medic nearby*
*If you're a medic, do your job and heal/revive*

That's it for now folks.
Please consider to rate and leave a rating with your suggestion for this map.


Special thanks to my supporters who helped me out with all the necessary unreal engine
knowhow to even create such a kind of a map like DOG.
Without them DOG would be just a simple container map ;-)

Brainslug (for introducing me the unreal engine and showing me the default features)
BravSoldat (for helping me with exclusive custom features)
Golden (for additional knowhow of unreal development)
invicta_nz (for beta server availability and discord rcon access)
KENNITHH (for additional tipps and tricks to achive unreal related customization)
Left4pillz (for map testing, hosting and unreal tipps)
MessiahPenguin (for the skin and rigging tutorial for custom skins)
The Machine (for map testing and sdk development help)
UrbanGhost3 (for map layout testing and balance suggestions)
Yoshey (for advanced discord advice)

davevillz (developer)
Mark Dey (developer)
Junt (Community manager)
and the complete dev crew who are PUSHing VR to the next level.

filip4428 Jun 4 @ 6:09pm
This is one of the maps I run on my PUSH server, alongside PUSH I have 2 dedicated cod 2 and 4 servers, Check us out at vanguardforce.net

VR-CHECK  [author] May 18 @ 4:50am
The trench gun was already in use for the engineer in first playtests and the only way it was usefull was in the Axis bunker below the beach. In open fields it was useless and the engineer was mostly ignored although the class has the needed ammo and mines against tanks. Its a nice weapon and I like it but due balancing it is not included on this map.

Postal Dude May 17 @ 12:24pm
@VR-CHECK I understand the balance part and bonus items, but what about giving the engineer class a trench gun instead of a rifle? It would fit the class, and also help even the balance between the lee enfield and kar98 ammo's capacity, because if both are replaced with the trench gun, they have the same ammo, and while there are quite a few areas that are longer range, a trench gun would add to the experience, and will probably make people use the engineer class more, because I barely see it used

VR-CHECK  [author] Apr 21 @ 8:58am
@Moxxie
No Weapon change planned.
There is a reason, why there are no further pickable guns. The pickable guns and items are some bonus items but not meant to be default. Its all about balancing without over powered or uneven player classes.

Postal Dude Apr 20 @ 6:40pm
This is a great map, but it needs better weapon selection, there are weapons that get found around the map, but never get used again, for example, I think the engineer class should have a shotgun instead of a lee enfield, as there are areas in this map that would be useful for cqc, anti-tank should have a bar (or mg-42 for the germans) to fall back on because they dont get a helmet, otherwise, This map is perfect

Svet Apr 17 @ 11:27am
I just watched "Saving Private Ryan", I didn´t know it was an inspiration for this map, I love the way you transfered the scenary into a balanced map and gonna keep an eye out for small details now

Fank86 Mar 20 @ 11:49am
Amazing map, lots of fun to play. Main issue is that some dropped items are sometimes hard to pickup. Ammo boxes for instance appear to clip halfway into the ground.
< >