Greenlight > Games > saintandsimon's Workshop
Greenlight is being retired. For more information on how to submit games to steam, refer to this blog post.
This item has been removed from the community because it violates Steam Community & Content Guidelines. It is only visible to you. If you believe your item has been removed by mistake, please contact Steam Support.
This item is incompatible with Greenlight. Please see the instructions page for reasons why this item might not work within Greenlight.
Current visibility: Hidden
This item will only be visible to you, admins, and anyone marked as a creator.
Current visibility: Friends-only
This item will only be visible in searches to you, your friends, and admins.
A Song for Viggo
Description Discussions0 Announcements23 Comments185 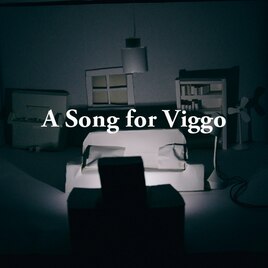 saintandsimon
Offline
See all 22 collections (some may be hidden)
Kickstarter
Recent Announcements View All (23)
A late update!
December 4, 2015 - saintandsimon

So sorry for the late update (we're usually updating the Kickstarter-page more often). We're working as usual - it's a slow pace but with focus on details and atmosphere to make the project feel as our vision does. We also got nominated in AZ-plays (indie game festival in Spain) in the most innovative idea-category, so that was nice. :)

What we are doing right now: Polishing chapter 2, writing new storyboards, building scenes. Recently we're scetching out a bit more on the NPC's in the game and their background story.


We are, by the way, looking for an additional animator with the papery 3D-models. It's alot of characters and some additional help would be helpful, if you're what we're looking for. :). Send us a PM! /Simon

Just that we're trying to make this project as good as we possibly can, it'll take some extra time. Link for the full story:

… is an adventure through a world which, after a terrible tragedy, is revealed to be as thin as paper. You play a father who accidentally kills his son and then has to keep on living, even though everything crumbles around him.

Your first mission is to arrange your son's funeral. You are going to have to do it alone, because your wife, Karen, went into a deep depression following the death of Viggo.

This is the type of challenge you will have to face in this game.

Your goal is to maintain everyday life, despite the tragic circumstances. Be there for your daughter. Put food on the table. Do the dishes. Keep your marriage together. The struggles are of a psychological, rather than mechanical, nature. There is only one puzzle. It's called life.

A Song for Viggo contains five chapters, each one revolving around a different one of the difficulties you can experience after losing a child – such as marital problems, depression and suicidal thoughts. In order to portray this as credible as possible I have interviewed several people who have lost their children (even some who share Steve's fate.) It's one of my goals with the game; to bring their stories to you, to make people who may be in this situation – trying to maintain their everyday life in the wake of a disaster – feel that they are not alone.

It is a story that tries to discuss things we don't normally talk to each other about. It is an investigation of the nature of depression – one of the world's main public diseases. And it is, indeed, about a simple fact:

Even after the end, everything continues.

A taste of the music on Soundcloud: https://soundcloud.com/simon-karlsson-24/sets/a-song-for-viggo

saintandsimon  [author] Sep 17, 2016 @ 4:55pm
Hi dysphorya! So sorry for the late reply! (I usually get notifications when someone writes but I seem to lost that one). We're changing engines right now, from Unity to Visionaire, to make the pipeline a bit smoother to work with. :)

dysphorya Jul 5, 2016 @ 11:54am
Hi there! Any updates on how things are going? Haven't forgotten about this game and still looking forward to it. :)

Egotistical Raven Jan 15, 2015 @ 8:44pm
Thanks, I have tried to support it in the past, I donated to the kickstarter, I voted for it when it wasn't Greenlit and I even put up a thing about it on a notice board in my town.

So I have put a lot of work into supporting this project. I am so happy that it has been Greenlit, I still wish that I could do more. But now it seems that support is fine, and all that's left is for it to be completed, so good luck with finishing off the game and getting it on Steam. :)