Store Page
Don't Starve Together>  Workshop > Avast Antivirus's Workshop
This item has been removed from the community because it violates Steam Community & Content Guidelines. It is only visible to you. If you believe your item has been removed by mistake, please contact Steam Support.
This item is incompatible with Don't Starve Together. Please see the instructions page for reasons why this item might not work within Don't Starve Together.
Current visibility: Hidden
This item will only be visible to you, admins, and anyone marked as a creator.
Current visibility: Friends-only
This item will only be visible in searches to you, your friends, and admins. 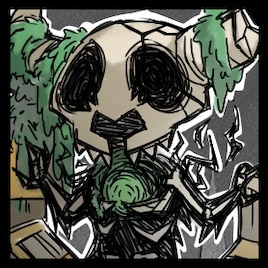 Akimia
Offline
See all 91 collections (some may be hidden)

This item has been added to your Subscriptions. Some games will require you to relaunch them before the item will be downloaded.
Description
Created for Klei's hallowed nights mod competition! See all the submissions and vote here[discord.com]!

Enter the constant as Whorl, the Fractured Weaver! Balanced around fighting shadow creatures for nightmare fuel and collecting ingredients for powerful transformations. They currently have about half of their voice lines customized! The remainder of the voice lines will be updated in a future patch.

Memories are a big part of Whorl's play. Though hard to craft, the Ancient Memory can be used for a big strength and armour boost. For less intense fights, consider using the Cavernous Memory instead.

Shadow-resistant - As a creature of shadow, Whorl takes 25% reduced damage from shadow monsters.

Creature of the Night - Whorl loses sanity during the day and dusk, and regains sanity at night.

Natural Botanist - Plants are drawn to Whorl. At night, a trail of lesser glow berries, light bulbs and ferns will grow in their footsteps, then wilt away after a time.

Unnatural Healer - Whorl can't be healed through conventional means. They can still be revived through a telltale heart, but will need to resort to other methods to keep their health up - namely their woven items.

Monstrous - Whorl is a monster, and will be treated as such by other creatures in the constant.

Whorl has one primary form, and 2 secondary forms. 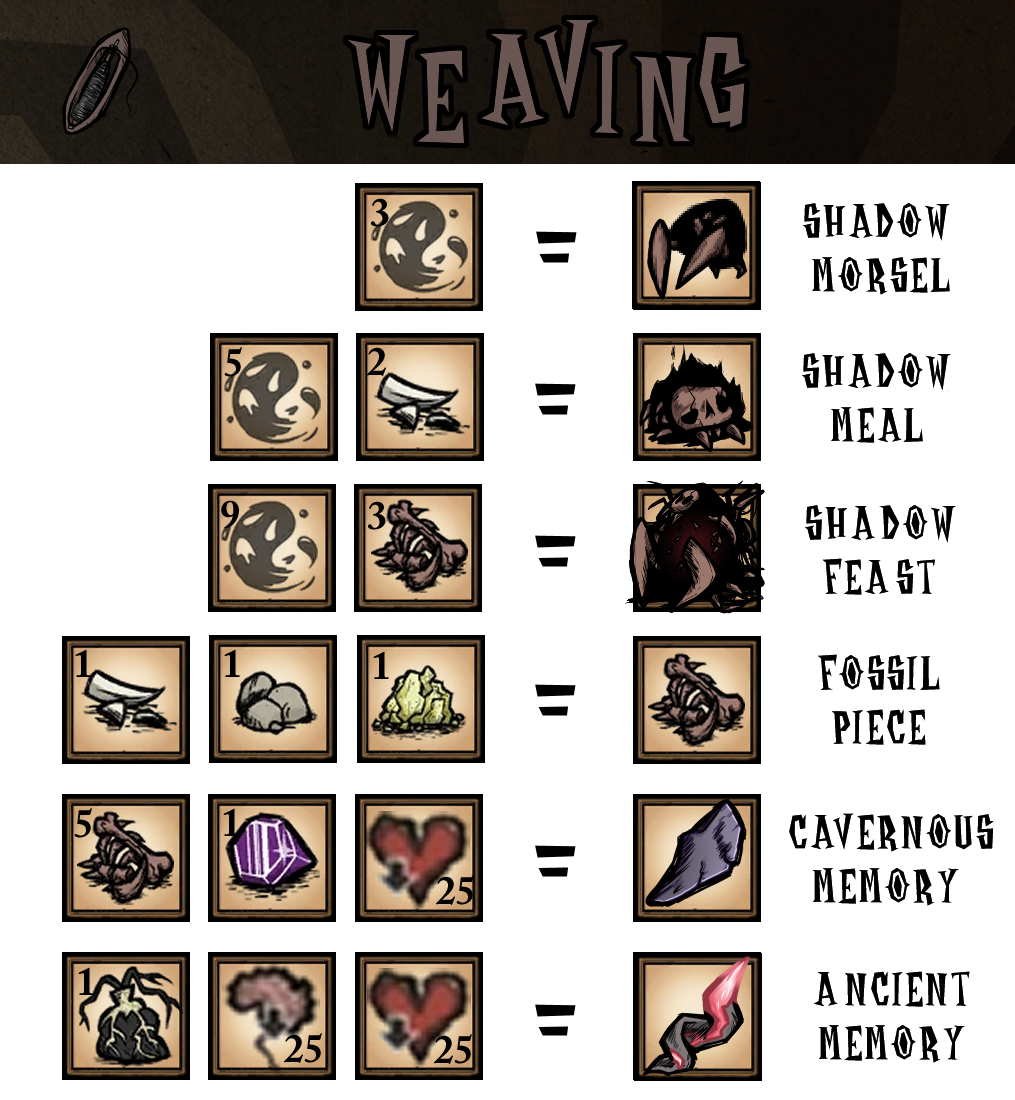 Whorl has a custom weaving tab that allows you to spin your nightmare fuel into several unique craftables!

Known Bugs
Given this is the first non-cosmetic mod my team has worked on, there are a few bugs still to be worked out, and plenty of tuning to be done!

TooMany_Nades Dec 3 @ 10:31pm
for some reason every time you make the food stuff to heal game crashes and it says that there is a screwed up script to do with the stack size of which says 1 no matter how many i have

Avast Antivirus  [author] Oct 31 @ 10:33am
Thanks so much to everyone for your comments and for giving this mod a play!

Now that we've got the hotfix out that fixes some of those initial bugs and allows you to recover max health back, we're going to be working on a larger update that implements some new features! We've looked at all the suggestions and comments you've all made, and we'll take into account those that fit in with our ultimate goals for the character, so we hope you'll like it once that comes out!

All the best, and we hope you continue to enjoy Whorl in the meantime!

OJ Oct 27 @ 3:40pm
also if you add those snare etc attacks on the 3 and 4th hit can you make it configureable to turn those abilities off

dornek Oct 27 @ 5:46am
how about reversed sanity perk? for example gains insanity from picking flowers and sanity from evil flowers, or gains sanity from standing next to deerclops etc
< >