Store Page
Divinity: Original Sin 2 >  Workshop > NikC's Workshop
This item has been removed from the community because it violates Steam Community & Content Guidelines. It is only visible to you. If you believe your item has been removed by mistake, please contact Steam Support.
This item is incompatible with Divinity: Original Sin 2. Please see the instructions page for reasons why this item might not work within Divinity: Original Sin 2.
Current visibility: Hidden
This item will only be visible to you, admins, and anyone marked as a creator.
Current visibility: Friends-only
This item will only be visible in searches to you, your friends, and admins. 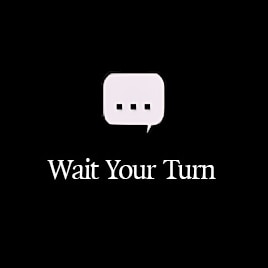 NikC
Offline
See all 173 collections (some may be hidden)

This item has been added to your Subscriptions. Some games will require you to relaunch them before the item will be downloaded.
Description
Conversation edits to stop NPCs from interrupting players' voiced reflection dialogues and PDD (party decision) dialogues.

If the default companion reflections seem inconsistent and generic to you, I instead recommend Wait Your Turn - Better Reflections!

Unless you run full parties of avatars (MP characters), companions and other NPCs will interrupt voiced reflection dialogues by the preceding player. In PDD dialogues, you will NEVER hear the final voiced line. A bunch of unique recordings won't ever be heard by most players.

Technical notes:
— Options will often read "(end dialogue)" instead of "(continue)" but it will keep going.
— The middle reflections will need to play their full line before the "continue" option appears. You can't skip them, but if you have this mod you probably care about the voice acting anyway.
— PDDs needed more kludge. This is where the party chimes in over what choice to make. These have a couple extra "(continue)" taps. It's ugly but harmless. It's also the only way to ever hear the fourth character's lines voiced, because theirs were ALWAYS interrupted whether you have companions or not.
— You're likely to notice similar kludge ("…" lines) when boarding the LV for the first time. I tried many other methods but this was the only way to get it working. Luckily, this was the most obtrusive case.
— Every RD and PDD was updated but I can't test them all in one playthrough. Let me know if any aren't working as intended, or if anything breaks. Please include an exact snippet of written dialogue for searchability.
< >
10 Comments

戦争ManDan7 Oct 24, 2021 @ 4:00pm
Oh my god, I thought this issue would never be fixed. They never fixed it in vanilla and I figured it would be a fairly easy thing to mod (though I have no idea how to mod this game) but nobody ever did it. Had kind of given up hope. Thank you SO much, it was a major pet peeve for me and my friend anytime we play a campaign.