Store Page
Mount & Blade: Warband>  Workshop > Zagrepčanin's Workshop
This item has been removed from the community because it violates Steam Community & Content Guidelines. It is only visible to you. If you believe your item has been removed by mistake, please contact Steam Support.
This item is incompatible with Mount & Blade: Warband. Please see the instructions page for reasons why this item might not work within Mount & Blade: Warband.
Current visibility: Hidden
This item will only be visible to you, admins, and anyone marked as a creator.
Current visibility: Friends-only
This item will only be visible in searches to you, your friends, and admins. 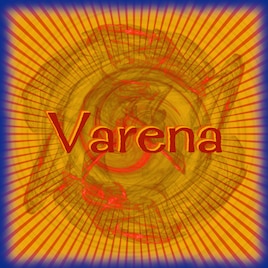 Zagrepčanin
Offline
See all 3 collections (some may be hidden)

This item has been added to your Subscriptions. Some games will require you to relaunch them before the item will be downloaded.
Description
Full thread on TaleWorlds forum: https://forums.taleworlds.com/index.php?threads/varena-neogk-final-update-v1-1-released.447294/
"New_Players are never new" ~ Veledentella 2021​

1. Introduction
This MP-only Native modification (compatible with NeoGK) is named after a server whose legacy is continued and preserved in the client-side module. It provides its users with many new features, as it enhances their gameplay and enriches their experience everywhere in Native, not only on one server. The module is dedicated to all Varena fellows who joyfully spent their time on the server and have followed my work.

2. Release notes
Current stable release: v1.1 (final patched update)
WSE usage: not recommended and discouraged (has many shortcomings and bugs which are not present in vanilla)
Recommended language: English (non-Latin scripts not supported now in addition to rarer derivatives of Latin characters)
Installation: just subscribe to the module and pick it at the bottom of the list in Warband launcher (it should have a distinctive preview picture and be named "Native")

Note: this module is not meant to be hosted server-side.

Zagrepčanin  [author] Jan 31 @ 4:44pm
An addon to the mod has been released. It can be found on my profile, together with my other works.

Zagrepčanin  [author] Jan 27 @ 5:59am
Death animations weren't changed, so maybe you're talking about post-mortem effects such as camera shake and bloody screen. Both were set to be disabled by default following the patch to v1.1. As for the UI, most people seem to like it, but I respect your opinion anyway.

Quadro Jan 26 @ 1:10pm
I said that the UI doesn't look good to the eye, I said it when I saw the death animation in another comment, otherwise it's fine for me.

Zagrepčanin  [author] Nov 25, 2021 @ 5:47pm
Final patched update of v1.1 has been released! That being said, the development of the mod has officially been closed. Please disregard the message below; I had to make an update I had not initially conceived.

Zagrepčanin  [author] Nov 13, 2021 @ 11:16pm
@Hey_wait_a_se, what does it mean? I do not understand. Also, there might be the last update to patch some bugs, such as the invisible cursor, which apparently still is the case.
< >