Greenlight > Games > Resilient Games's Workshop
Greenlight is being retired. For more information on how to submit games to steam, refer to this blog post.
This item has been removed from the community because it violates Steam Community & Content Guidelines. It is only visible to you. If you believe your item has been removed by mistake, please contact Steam Support.
This item is incompatible with Greenlight. Please see the instructions page for reasons why this item might not work within Greenlight.
Current visibility: Hidden
This item will only be visible to you, admins, and anyone marked as a creator.
Current visibility: Friends-only
This item will only be visible in searches to you, your friends, and admins.
MechoEcho
Description Discussions18 Announcements10 Comments676

Resilient Games
Offline
See all 67 collections (some may be hidden)

View MechoEcho in the store

Head there to check out the release trailer and latest screenshots. And make sure you follow the store page!

It's been a long road and I could not release MechoEcho until I loved it and everything worked. And now it's finally ready! There are 30 levels along with a Sandbox mode so you can create wild and weird machines to your heart's content.

Thank you so much for having faith in me! Please tell everyone you know and get back to me with what you think of the game. Post the cool things you create and all your inventive solutions on the Steam page and YouTube. I'm really looking forward to hearing what you think and seeing what you can do with MechoEcho!!

It’s happening. The game is REALLY close to being released now. The levels are all done and tested. The music, story, effects, tools, gameplay, and all the other parts are integrated and working. I’m doing the final fixes and touch ups right now and then there will be the integration into Steam. It’s so close now and I’m feeling both excited and nervous.

If I were better at self-promotion I would have been sending out new images and posts every week, and telling you what I was doing every step of the way. But I’m not. I’m a privacy-loving perfectionist programmer who gets fascinated by the minutia of coding. So thanks for sticking around!

Here’s a new video showing you the game in motion, along with some new images. During the development of the game, the art style has changed considerably, as I worked on making it both more elegant and more workable. This happened as I learned the tradeoffs and tricks of the trade of being an indie developer. The video should give you a much better idea of gameplay than you can get in the still images. Still, there's a lot more to it, as you will see in the final product. 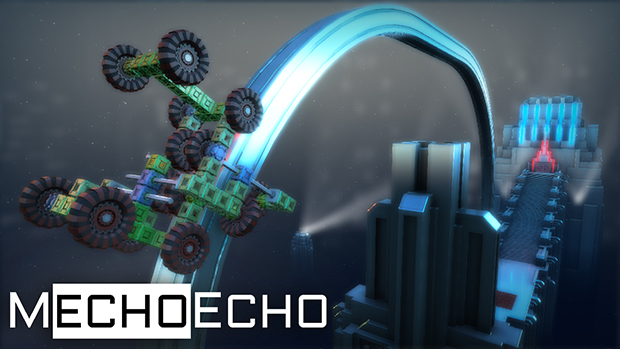 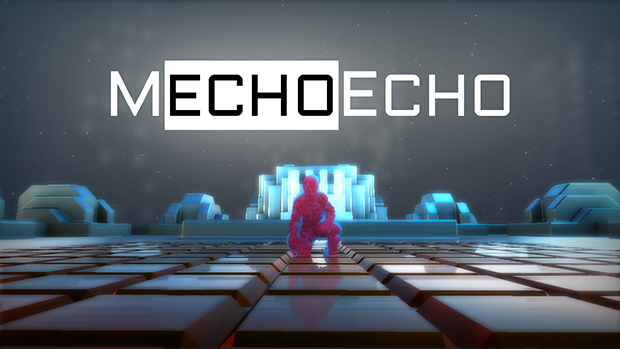 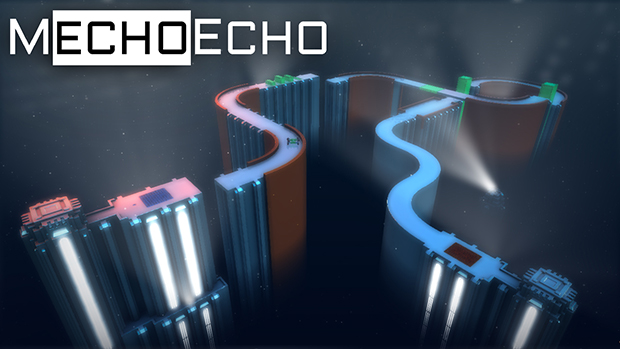 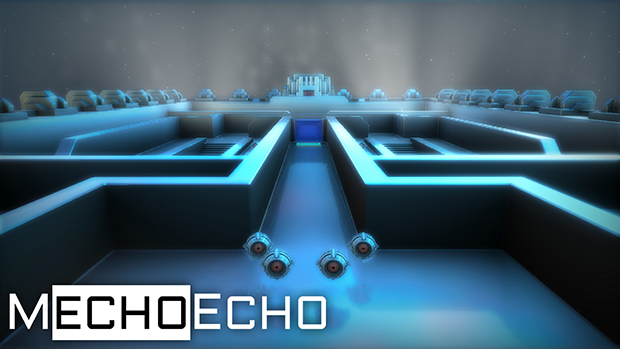 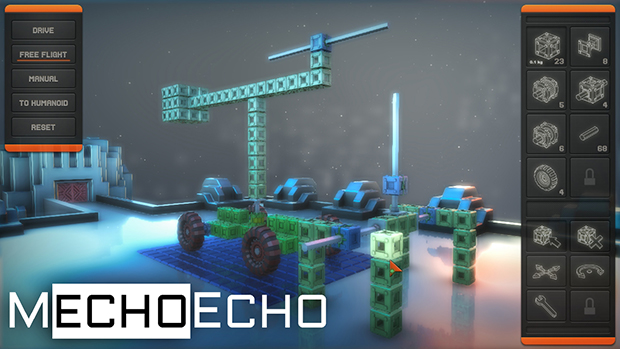 Stay tuned, more news and the game release itself is coming soon!

Read More
Description
Release date: 18 May 2016
Build and drive robots to solve puzzles as you transform between human and machine. Set in a cyberpunk world, MechoEcho is a block construction game and an accurate physics simulator. In 30 challenging levels plus Sandbox, you create original machines, explore, and run for your life!

Everything Else
Popular Discussions View All (18)

Yes, it's been a long road but now we are really close! Thank you for having followed the game in these years, I really appreciated the support and encouragement. :)

I am waiting for the results of the final round of hardware compatibility tests. If all goes well, the game releases on the 18th of May!

Here's the store page, there is a new trailer there:
http://store.steampowered.com/app/433890/

naru May 13, 2016 @ 6:41am
Hi devs, it's been a few years and the hype is real. It's been such a pleasure to see your game progress, being a indie dev myself. This project has taken a long time and I'm eager to see the outcome. Just checking in, and happy deving. ~ nomischen

pcnorden Jan 24, 2016 @ 4:09am
Wow, that's great news =)
Happy to hear that so much have been done, and that you are on the finishing stages!
Thanks you very much for the update, and I'll make sure to send an email so that I get when the game release =D
Have a nice day =)

Wow, I'm really pathetic at updating. Sorry about that. Here's what's been going on: I had several testers play the game. Happily they all liked it and took several hours to finish. But I found that the difficulty curve was uneven, so I fixed that by adding extra levels and modifying/moving some other levels. Obviously that took some extra time.

Now I'm working on the Steam integration which means I really am close to releasing. I don't want to give a date since I got that wrong before. :) But my expectation is March.

If you send me an email at contact [at] resilientgames [dot] com, I'll make sure to email you as soon as the game is available on Steam.

Thanks so much for your support!

Excatly how much progress has been made? I keep checking this page over and over all the time (this week I have been here 3 times checking for progress), waiting for an update for when the game is gonna release, but nothing has really been said about that.

About how long is it before this game is gonna be released?

Good to see you back.

MechoEcho appeared on GreenLight first but Besiege was very quick to land on Early Access. It helps that they are a team of two and that they chose the early access route, being a single developer definitely adds challenges! :D

I think they created a very good game. That said, there are many differences between Besiege and MechoEcho. In making MechoEcho my inspirations have been Braid, Limbo, Another World, and The Bridge. While Besiege has similar looking machines, their gameplay is mostly about fun, mindless destruction. In MechoEcho, the gameplay is focused on complex puzzle solving, and the game has plenty of levels and a well developed, meaningful story arc.

Comparing the two games is like comparing Space Engineers and Kerbal Space Program. They are both great games about space and construction, but they are also very different games to play.

And just like most Kerbal players also like to play Space Engineers, I am sure that people who liked Besiege will also want to play MechoEcho. In fact, they will appreciate it even more because it will expand on a genre they already like.
< >

MechoEcho has been Greenlit and is now listed in the Steam store. For the latest information, purchase options, and discussions for MechoEcho, please see it on the Steam Store or in the Steam Community.
Visit Store Page
For more details Visit Community Hub
For latest discussions
If you really, really want to, you can continue to the Greenlight page. Information on this page may be out of date, since all the action has moved to the areas noted above.