Greenlight > Games > MonkeyDonkey's Workshop
Greenlight is being retired. For more information on how to submit games to steam, refer to this blog post.
This item has been removed from the community because it violates Steam Community & Content Guidelines. It is only visible to you. If you believe your item has been removed by mistake, please contact Steam Support.
This item is incompatible with Greenlight. Please see the instructions page for reasons why this item might not work within Greenlight.
Current visibility: Hidden
This item will only be visible to you, admins, and anyone marked as a creator.
Current visibility: Friends-only
This item will only be visible in searches to you, your friends, and admins.
The Hum
Description Discussions8 Announcements17 Comments899 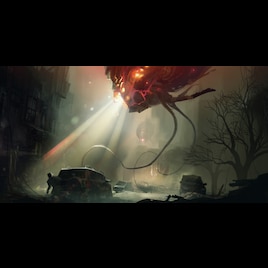 MonkeyDonkey
Offline
See all 172 collections (some may be hidden)
Recent Announcements View All (17)
Still Alive - The Hum as restarted development
November 23, 2018 - MonkeyDonkey

I'm glad to announce I restarted the development of The Hum. This is a solo-dev project, so it has some challenges, but I can say it's not dead.

Please refer to the devlog for more info!

Some of you already know that we put on hold The Hum for a while (it's not cancelled!) and we started working on Abductions, which is still part of The Hum Universe.

Many people ask why we decided to do this. Well, The Hum was really ambitious for only one person, so I decided to try to do something smaller first. That honestly helped a lot. Thanks to Abductions we are now a small team, but still a team, working together in a project that can help us as a studio to grow and face new, bigger and challenging projects.

Of course we will do The Hum, and we want to do it as something special. By the moment, we are making Abductions, which is also special for us and, I hope, for you too.

Yesterday we put Abductions into Steam Greenlight and we did it with a new trailer.

Read More
Description
Release date: Middle 2015
For years, people have been hearing mysterious, foreboding, mechanical type noises around the Earth without explanation. The source could never be identified. It was blamed on machinery, electronics and even the Earth’s moving tectonic plates, but not a single scientific mind could locate the cause of this strange phenomenon.

One day the source of The Hum was revealed, and all the conspiracists were wrong.

Explore a desolate world that has forever been changed by a mysterious enemy. Find your way through a city ravaged by war as you scavenge for your basic survival needs. Avoid detection from the Invaders as you cling to every second of life. Watch as the aliens carry out their invasion and reshape the city.

Unravel the mysteries behind The Hum.

the concept and story for this game is amazing. however... (please hear my warning)
Sir Toppor Bottom

Xaranax Mar 21, 2017 @ 5:49am
10 Months ago i poked my head in to see whats going on with this title. I have returned to effectively 'bump' my sentiment. Devs, whats going on here? Barely any news at all on this or abductions. Its way past previous promises of release dates.

Is this game dead? If not, any information about status of alpha / beta or even expected release window would be nice. Until then i shall assume this game is now dead. Only a matter of time before another studio or dev team copies this idea and runs with it.