Store Page
RimWorld >  Workshop > Rah's Workshop
This item has been removed from the community because it violates Steam Community & Content Guidelines. It is only visible to you. If you believe your item has been removed by mistake, please contact Steam Support.
This item is incompatible with RimWorld. Please see the instructions page for reasons why this item might not work within RimWorld.
Current visibility: Hidden
This item will only be visible to you, admins, and anyone marked as a creator.
Current visibility: Friends-only
This item will only be visible in searches to you, your friends, and admins. 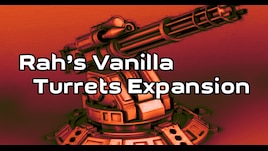 Rah
Offline
See all 795 collections (some may be hidden)

This item has been added to your Subscriptions. Some games will require you to relaunch them before the item will be downloaded.
Description
Rah's Vanilla Turrets Expansion
A small vanilla friendly mod that adds 9 unique turret variations, ready to defend your colony from merciless raids and attacks. Raids in Rimworld 1.3 have become quite difficult to deal with due to increased breaching and sapper tools/tactics. This mod tackles that problem head on with strong new turrets for the mid and late game.

RVTE is a direct rebalance project and ‘successor’ to the old classic 'More Vanilla Turrets' mod. This version has been rebalanced to make the gameplay experience more in tune with the vanilla game. Major changes include build materials and rearming costs, more realistic rearming materials, tweaking of stats, an all new powerful armor-piercing cannon for difficult mech raids, and more.

Main features:
- Features 8 turrets and 1 special mortar weapon. Some turrets have both automatic and manned versions, giving a total turret number of 14.
- Significant rebalancing of material and rearming costs for better gameplay value. Players can no longer spam turrets with endless ammo, thus making the game more challenging and fun.
- No more 5 steel to rearm a powerful sniper turret, or infinite ammo super mortars.
- Turrets are strong and capable, but they need to be managed wisely due to vanilla-like rearming costs.
- Charge cannon added with v2.1. High precision, and deadly armor piercing turret. Expensive to build and maintain. (New RVTE turret !)
- Many of the standard gun turrets take approx 100 steel to rearm, or more.
- Rocket complex takes high-explosive shells; 5 for 10 rockets.
- Precision turret accuracy fixed. It’s now a lethal sniper platform in the right hands.
- Blast turrets take frag grenades instead of steel. 4 frags for 40 rounds.
- Devastator mortar takes plasma power cells for rearming the plasma reactor. 1 cell for 20 rounds. Made at the Fabrication bench.
- Manned turrets cost the same as automatic turrets. They still have more range and accuracy, but the operator is more exposed with around 40% cover on most turrets.
- Research nodes sorted.
- Better descriptions.
- Removed moat floor due to balance.
- Continued tweaking and balance work.
- Combat Extended compatible !
- To get you in the mood ! https://www.youtube.com/watch?v=DRAlWtadQRc 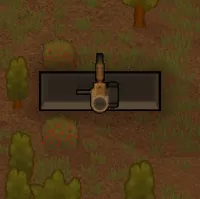 A perimeter mounted gun designed to work without power. Simple and reliable as long as someone is manning it. Gives good cover, and it never explodes. 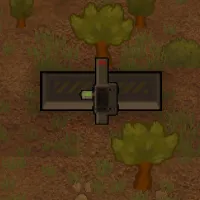 An older class of rocket weapon that requires manual control and reload. Fortunately, with the help of decent optics and a deadly blast radius its presence is still dreaded on the front lines. Makes efficient use of high-explosive shells. Gives good cover. 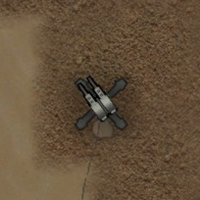 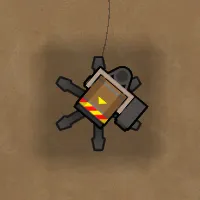 Shredder turret is designed for close range. It doesn't explode when destroyed, thus making it a perfect choice for indoor defense. The only downside is its rather large size. 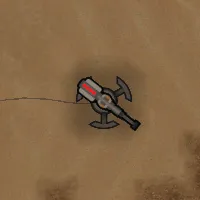 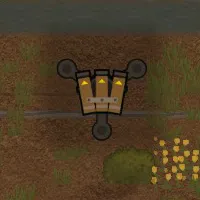 Blast turret is designed for close range area damage, and it does so by launching a burst of 3 frag grenades at a time. Beware of friendly fire. 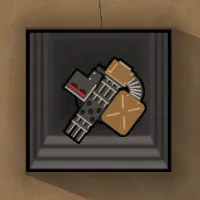 Fortified minigun tower that fires hundreds of rounds continuously until ammo depletion. A rare sight to behold, the vulcan cannon can usually only be found in wealthy urbworld settlements. 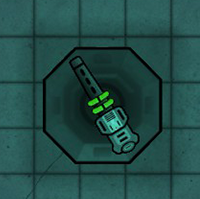 A heavy pulse charged rail-assisted weapon turret. It fires high precision armor-piercing projectiles every second continuously until the barrel breaks down. Meant for heavily armored targets. It requires a large amount of plasteel to restore. 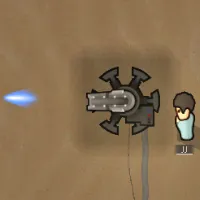 A magnetic mortar weapon that launches plasma projectiles with great velocity and accuracy. It also has a large blast radius thanks to its burst of five shells. Comes with an integrated plasma reactor that fuses EMP and explosive shells into reactive plasma projectiles. -- Requires the plasma power cell to function.

If you have any suggestions or find something wrong, feel free to let me know !

German Translation by Erdnussbrot
Credit goes to Marn for his original mod and turrets, and legodude17 for the 1.1 update.
Steam locks all mods in the workshop to 4 stars until around 200 ratings have been accumulated. So if you like this mod, don't hesitate to give it a thumbs up !

Rah  [author] Aug 5 @ 1:08am
The requirements are similar to the vanilla game. The turrets are not meant to replace the colonists, but rather help them out in sticky situations. Think of them more as support structures, and not the main defense.

=LW= Chaotic_Knightmare Aug 4 @ 10:15pm
any chance on a version with less ammo requirements, the idea is great but the cost of the turrets and ammo outweighs their usefulness. just my opinion, don't hate me lol

constantin Jul 6 @ 10:10pm
Is the Devastator supposed to shoot 5 shells at a time? That's what I tought from the description but I can only load one power cell at a time and it only shoot one projectile before I need to reload, am I missing something? I use combat extended but I think it's supposed to be compatible. Superb mod though.

Penguin Apr 26 @ 8:46pm
Thank you Rah, still used the MVT mod and it was being buggy