Store Page
Football Manager 2021 >  Workshop > Trường Koo's Workshop
This item has been removed from the community because it violates Steam Community & Content Guidelines. It is only visible to you. If you believe your item has been removed by mistake, please contact Steam Support.
This item is incompatible with Football Manager 2021. Please see the instructions page for reasons why this item might not work within Football Manager 2021.
Current visibility: Hidden
This item will only be visible to you, admins, and anyone marked as a creator.
Current visibility: Friends-only
This item will only be visible in searches to you, your friends, and admins. 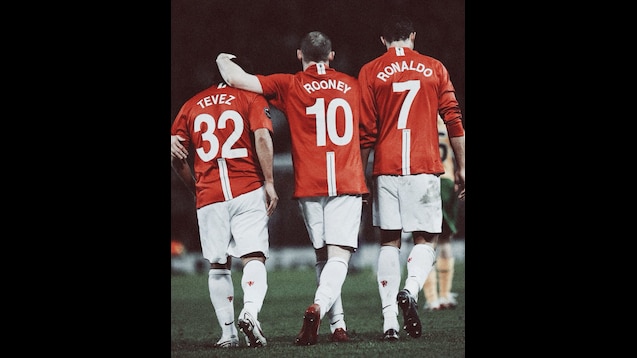 This item has been added to your Subscriptions. Some games will require you to relaunch them before the item will be downloaded.
Description
Details: https://translate.google.com/translate?sl=vi&tl=en&u=https://comeonunited.com/the-best-united-fm-tactics

Sir Alex Ferguson mainy set his side up in a 4-4-2 in that period. The best eleven being; Edwin van der Sar in goal. Nemanja Vidic and Rio Ferdinand at centre back. Patrice Evra and Wes Brown at full back. A central midfield pairing of Paul Scholes and Michael Carrick flanked by Ryan Giggs and Cristiano Ronaldo - with Carlos Tevez and Wayne Rooney leading the line.

Combining Ferguson’s approach of looking to exploit the opposition with the intelligent and versatile players in his squad meant that trying to make a plan to stop United over 90 minutes was almost impossible. Even if the opposition created a counter for the initial tactics, Ferguson had enough variety and the players were drilled enough that he could tweak his side to break the opposition’s counter. This unpredictability when facing this Manchester United side was one of the key themes of Ferguson’s philosophy.

Let’s take a look at some tactics. Whilst this United team was deadly in attack, what made them champions was their ability to defend. In defence, when United lost possession, they’d look to counter press aggressively in a man to man scheme. But if they couldn’t win the ball back, they’d drop into their mid block, either a 4-4-1-1 or a 4-1-4-1, depending on their opposition and their own personnel.
< >
4 Comments

LordSoth Apr 13, 2022 @ 12:52pm
İts a very effective tactic but if u dont a have qualiy team you might conciede a lot of goal at second half of the matches