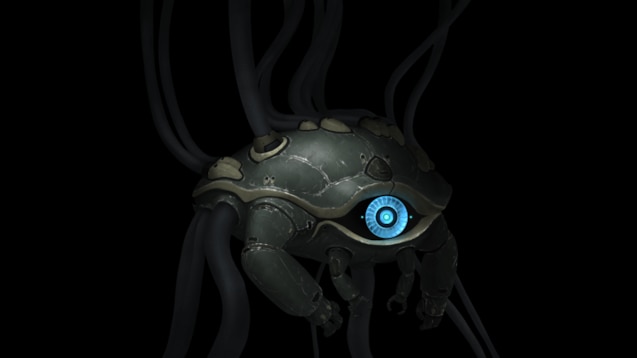 Draconas
Offline
See all 59 collections (some may be hidden)

This item has been added to your Subscriptions. Some games will require you to relaunch them before the item will be downloaded.
Description
Robot QoL: Assimilate and Resettle Robots (3.4)
Some simple Quality of Life Fixes for Robots:

Auto Resettlement
Unfortunately the auto-resettlement of unemployed pops is mostly done in code and and won't auto-resettle unemployed robots without a slave processing facility, which is a PITA for materialist empires who end up with a lot of them in the end game.

This creates a new policy: "Robot Auto Resettlment" that lets you set whether you want to auto-relocate every year or every 2 years. When it trigger, all unemployed robots will resettle to a planet that has a free job for them regardless of any other settings or what level of robot they are.

It is quite crude, as there is no way for me to check in script if there are free jobs that the robot can actually work, so it relocates the robot and hopes that the employment system will find the robot a job.

The policy will only show up once you have the robot workers tech.

A reminder that robot slaves will auto-resettle if you have a slave processing facility on the planet.

Reaniel Jun 21 @ 6:54pm
Well, good news, the new patch made it so that slaves and robots will resettle if the system starbase has a Transit Hub (it'll now also function as the same as Slave Processing Facility). Took them long enough lol...

Skill Less Jun 13 @ 9:22am
@Dsingis you recommend a mod which alters vanilla code. This might be okay for most users but for heavy mod users this only encourages compatibility issues.

But thx for sharing though

@Dsingis - ooh thanks for the link, I will have a look.

oaries0 Jun 12 @ 4:33pm
Out of curiosity does this bug affect the Awoken synths from the In Limbo events/anomaly?

Dsingis Jun 12 @ 4:24pm
You say, that you can't make robots auto-migrate because that's handled on the code level. Maybe you want to take a look at this mod right here:

This mod seems to either circumvent that issue or fix it in another way. Maybe that's something you want to integrate into your mod? I've tested this and it works, the robots simply auto-migrate like any other free POP does.

I recommend to assimilate your old synths into ascended synths anyways.

Draconas  [author] Mar 26 @ 3:00am
Ah, that will be why - if migration controls are enabled then there is no auto-migration period, so would only be my mods event doing it (which cheerfully ignores the migration setting because you have manually enabled the event).
I was not aware that vanilla bugged that way - your primary species should be able to be set with no migration controls. I may investigate and see if its a simple fix that I can roll into this mod, but am quite busy at the moment.

Nachocuban Mar 25 @ 4:57pm
Hmmm, For some reason my synths won't migrate at all without this mod. The species has migration controls enabled and because of a vanilla bug you can't disable it. I had put transit hubs in all my systems on a previous play through and they never migrated until I installed this mod.

I just ascended in this play through so maybe I will bust a transit hub and see if I still have the same issues.

Either way, thanks for the quick response!

Draconas  [author] Mar 25 @ 2:05am
No, poor assumption. My auto resettlement only covers slave robots, not synths, because slave robots do not auto resettle (unless you have slave processsing facility building). Your synth species will resettle using the normal mechanics, so transit hubs will affect them

Nachocuban Mar 24 @ 1:52pm
Is it safe to assume that once I go synth ascension, and turn on your auto resettlement policy, I no longer need transit hubs?
< >