Store Page
Garry's Mod>  Workshop > Half-Dead's Workshop
This item has been removed from the community because it violates Steam Community & Content Guidelines. It is only visible to you. If you believe your item has been removed by mistake, please contact Steam Support.
This item is incompatible with Garry's Mod. Please see the instructions page for reasons why this item might not work within Garry's Mod.
Current visibility: Hidden
This item will only be visible to you, admins, and anyone marked as a creator.
Current visibility: Friends-only
This item will only be visible in searches to you, your friends, and admins. 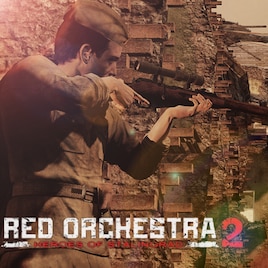 Ninya
Online
See all 3534 collections (some may be hidden)

This item has been added to your Subscriptions. Some games will require you to relaunch them before the item will be downloaded.
Description
Description
----------------
Anyways, Here's a ♥♥♥♥ load of WWII stuff from RO2, RS and RO2 Immersion mod. 1uping my previous biggest model pack with this one. Comes with Soviets, Germans, Americans, and Japanese with enough variations for any situation. Bodygroups, skingroups, and faceposing up the wazoo. Might do weapons, haven't decided yet but i won't complain if someone else does *wink wink*. Credits to Ninja_Nub and IW for the heads.

Gonna say it now so there won't be confusion. Since they aren't on the HL2 skeleton you won't be able to make them player models or NPCs. Unless you want to rerig them of course.

Weapons and Vehicles (By Beat the Zombie, Requires TortoiseSVN): http://beatthezombiero2.googlecode.com/svn/trunk/

Other models in pictures:

greenie Jul 30, 2021 @ 11:11am
oddly doesn't work with ragdoll mover from what i've tried, a shame since i was really hoping to use these models (they look hella tho)