Greenlight > Games > adriansugden's Workshop
Greenlight is being retired. For more information on how to submit games to steam, refer to this blog post.
This item has been removed from the community because it violates Steam Community & Content Guidelines. It is only visible to you. If you believe your item has been removed by mistake, please contact Steam Support.
This item is incompatible with Greenlight. Please see the instructions page for reasons why this item might not work within Greenlight.
Current visibility: Hidden
This item will only be visible to you, admins, and anyone marked as a creator.
Current visibility: Friends-only
This item will only be visible in searches to you, your friends, and admins.
Abomination Tower
Description Discussions0 Announcements11 Comments149 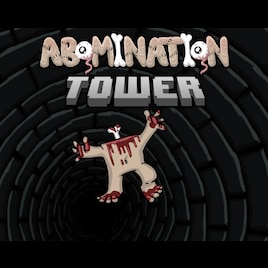 adriansugden
Offline
See all 20 collections (some may be hidden)

View Abomination Tower in the store

Thanks everyone for following along. The game is finally ready and all thats left to do is spread the word about the game before it's release on Friday which is exactly what I'll be doing this week.

I've created a new marketing website (http://abomination-tower.adriansugden.com/) to help with spreading the word. It would be a great help if you can share the news with your friends or on social media so that Abomination Tower can be the success that it deserves. I want to get as many eyeballs looking at the game in the lead up to launch as I can.

And here is the official store page: http://store.steampowered.com/app/340390/

Thanks again for all the votes and support. See you all on release day. :)

Well, This came as a big surprise!

Thanks to everyone who voted and played the game. This is awesome!

I can't wait to get started on the rest of the process. I will be adding things like achievements and trading cards over the coming weeks and preparing the game for release. I will also be porting the game to Linux, as promised previously, once it is ready.

Tomorrow is actually my birthday, so this comes as a great pre-birthday gift. Thanks again to everyone who voted. I look forward to releasing the game to all of you via Steam in the new year.

Have a great new year everyone! :)

About Abomination Tower
You play as Headless, the rejected creation of a mad scientist. Headless is trapped in the tower with other dangerous abominations. You must journey up the tower to escape! Along the way you unlock heads that can be equipped, each with its own unique ability to aid in your escape.

The game will consist of 10 levels to escape the tower. Each level is procedurally generated and grows more and more difficult as you climb higher. The game aims to provide difficult gameplay to challenge even the best platform game lovers.

About the Developer
Abomination Tower is being developed by Adrian Sugden. Adrian is a one-man-band independent game developer from Australia. Abomination Tower will be Adrian’s first commercial release.

Corwid Nov 10, 2014 @ 3:40am
played couple of hours since i have it from groupees bundle and yeap the controls are as good as u can expect for a game like this! but imho it would be more fair if wall sliding were slower, maybe alot slower...

adriansugden  [author] Nov 7, 2014 @ 8:32pm
Yeah, I understand it's free and all. I have tried a number of installs over the years and I could have it as a dual boot system etc. I'll definitely look at it if I get greenlit.

Green :) Nov 7, 2014 @ 5:48pm
Linux is free available, Valve seems to promote Ubuntu for developers to test on. Ubuntu can be downloaded and installed besides your windows OS (the installer supports this). This way you can select on boot what OS you like to start. So there is no need for an extra machine.

Also there are enough linux volenteers to test your game.

adriansugden  [author] Nov 7, 2014 @ 3:06pm
Sadly, I don't have a Linux box to port it with. I may be interested in doing a port but there hasn't been much demand. However if in were to be greenlit I would probably look into it. And get myself a machine to do it on.
< >

Abomination Tower has been Greenlit and is now listed in the Steam store. For the latest information, purchase options, and discussions for Abomination Tower, please see it on the Steam Store or in the Steam Community.
Visit Store Page
For more details Visit Community Hub
For latest discussions
If you really, really want to, you can continue to the Greenlight page. Information on this page may be out of date, since all the action has moved to the areas noted above.