Greenlight > Games > Appeal's Workshop
Greenlight is being retired. For more information on how to submit games to steam, refer to this blog post.
This item has been removed from the community because it violates Steam Community & Content Guidelines. It is only visible to you. If you believe your item has been removed by mistake, please contact Steam Support.
This item is incompatible with Greenlight. Please see the instructions page for reasons why this item might not work within Greenlight.
Current visibility: Hidden
This item will only be visible to you, admins, and anyone marked as a creator.
Current visibility: Friends-only
This item will only be visible in searches to you, your friends, and admins.
Outcast Reboot HD
Description Discussions6 Announcements5 Comments586 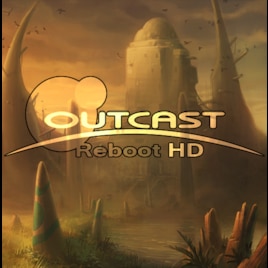 Meanwhile, we have decided few months ago to enhance the original voxel game and make it available on Steam as a first step.

We are happy to announce that Outcast 1.1 will be available today on Steam


Obviously, since it is using the original voxel engine, the visual does not match the quality of "Outcast Reboot HD" but we plan to keep updating incrementally.

For those who did'nt play the original game, may be you should have a look at it

Read More
The Kickstarter campaign is ending today!
May 7, 2014 - Appeal

We just released our last update on our Kickstarter page.
Thank you all for your support!
Next time will be the good one!

Read More
Description
Release date: Q4 2015
Fresh3D is bringing you a reboot of HD of 'Outcast', an action-adventure game developed in 1999 for the PC.

Outcast was one of the first 3d games to offer:
Outcast has been critically acclaimed to the point it has reach some cult status among many PC gamers. However, the software-only nature of the original engine (using voxels) meant the game has been ignored by many at a time when hardware-accelerated 3d polygons was becoming the norm.

Today, we have the opportunity to bring this fantastic game to a wider and newer audience and to reward existing fans with brand new HD visuals and improved gameplay.

Story
In 2007, the U.S. government successfully sends a probe to an alien world in a parallel universe. As the probe is transmitting video images of the world, an alien life form discovers the probe and damages it, causing a disruptive backlash of energy to form a black hole threatening Earth. Former U.S. Navy SEAL Cutter Slade is given the job of escorting three scientists (William Kauffmann, Anthony Xue and Marion Wolfe) on a mission to this alien world to recover the probe and stop the threat. Arriving in this alien world, Cutter is separated from the other scientists and is hailed by the natives as their messiah, the Ulukai.


At release time, the game was critically acclaimed and received numbers of awards, among them:

We need YOU
We need your hep to support us on Kickstarter at http://kck.st/1horcDB
Popular Discussions View All (6)

So after all this years, after so much waiting , OUTCAST is finally going to have a TRUE HD remake .

Also you can check this channel https://www.youtube.com/channel/UC5O7tXPGjwOAs-LPRma1mbQ

such a big game , a masterpiece its finally gonna have its HD remake =) . I hope it sells well so we can see a sequel or prequel of the game , well another outcast game =) .

Katastic Voyage May 28, 2016 @ 10:44pm
I missed the first kickstarter, never even heard about it and I'm a die-hard Outcast fan. So yeah, consider doing another one and put some money into marketing the kickstarter more! And/or put up a page to donate. WE WANT TO GIVE YOU MONEY.

KWRMSTCH Apr 23, 2016 @ 6:27am
Please! Tell us you're still working on it! Is there another Kickstarter page or something to keep giving you a little help?

na blid Mar 8, 2016 @ 1:10pm
the hd version of this game seriously needs to get made... not much imagination left in the industry today, not like back when this was first released!