Store Page
Dota 2 >  Workshop > SunLight's Workshop
This item has been removed from the community because it violates Steam Community & Content Guidelines. It is only visible to you. If you believe your item has been removed by mistake, please contact Steam Support.
This item is incompatible with Dota 2. Please see the instructions page for reasons why this item might not work within Dota 2.
Current visibility: Hidden
This item will only be visible to you, admins, and anyone marked as a creator.
Current visibility: Friends-only
This item will only be visible in searches to you, your friends, and admins. 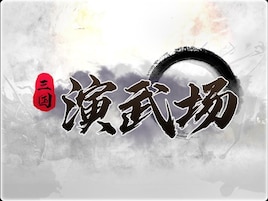 SunLight
Offline
See the collection (may be hidden)

This item has been added to your Subscriptions. Some games will require you to relaunch them before the item will be downloaded.
Description
● "Three Kingdoms battlefield" is a strategy tower defense game, each hero frontal war, snatch the city, many military skills seamless, victory thousands of miles away, perfect restore The Three Kingdoms of chaos, my hero will be mobilized, unify the world. International feuds break camp shackles and shackles, the arrival of the door to activate the strongest force, the characteristics of the city occupied gameplay to light more possibilities, flexible use of tactics, clever collocation of teams, the classic battle of The Three Kingdoms waiting for you to cross!

● Diversified feuds, roguelike equipment gameplay, and SLG and other features of gameplay, the most diverse three Kingdoms tower defense game

Neko Juan Aug 22, 2021 @ 8:17am
An English version would be nice, also the common QoL things that other TDs give you would be nice as well. Such as WHAT THE FUCK IS EVEN GOING ON!?