Store Page
Arma 3 >  Workshop > Crowdedlight's Workshop
This item has been removed from the community because it violates Steam Community & Content Guidelines. It is only visible to you. If you believe your item has been removed by mistake, please contact Steam Support.
This item is incompatible with Arma 3. Please see the instructions page for reasons why this item might not work within Arma 3.
Current visibility: Hidden
This item will only be visible to you, admins, and anyone marked as a creator.
Current visibility: Friends-only
This item will only be visible in searches to you, your friends, and admins. 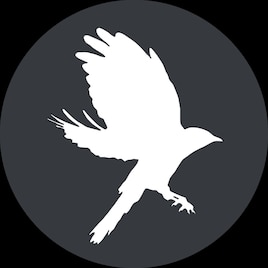 Crowdedlight
Offline
See all 719 collections (some may be hidden)

This item has been added to your Subscriptions. Some games will require you to relaunch them before the item will be downloaded.
Description
A arma 3 mod that allows zeus to add additional eletronic measures available for the players.

The wiki for the features is available at: https://github.com/Crowdedlight/Crows-Electronic-Warfare/wiki
I can recommend reading it to see how features work and whats available. The list below is more like a short summery.

Add Sound: Allows Zeus to select a object and play a selected sound with options such as: initial delay, on repeat, delay between repeat, removal if unit dies. Sound follows the unit around. (Be aware if using the long sounds, they can't stop mid-playing, only when played to end)

Play Sound: Allows Zeus to play a sound at selected position. Sound follows the unit around. (Be aware if using the long sounds, they can't stop mid-playing, only when played to end). Can also be played only for selected players.

EMP: Added EMP module which makes Zeus able to fire an EMP. The EMP will remove NV/Thermal for men, weapons and vehicles. Vehicles electric components (lights,engine,turrest) will also be damaged. Launchers and static weapons that has NV/Thermal/electronic components will be damaged/removed. Binoculars and Scopes on weapons that has intergrated NV/Thermal will be either removed or replaced with base-game item that do not have NV/Thermal. This is configuable by the Zeus. If TFAR is loaded the radios of affected units/vehicles will stop working (Requires TFAR Beta). However new items picking up not affected by the EMP will work. Some equipment might not be removed if they are modded items that does not share base-game parent. In that case please let me know and I will add it. As I can't cover every single modded item, the module will have item/equipment limitations and is meant to be operated by trust with the players. Zeus are immune to the EMP effect and will not have equipment removed or damaged and will also not get white-out/screen blur effect, like the players.

RadioChatter: A module to put on AI that simulates the AI using radios to each other. The radio broadcasts a spectrum signal while "transmitting". Configurable by zeus. The player can "listen" to these transmission with the spectrum device if there is enough signal strength. The sounds/voice-lines played depends on the voice-pack used by zeus. There is a few different available.

Jamming of UGVs: spawned UGVs/Falcons automatically has a signal source attached to them. This makes them jammable when using the "jamming" antenna on the spectrum device. Jamming it will stop all AI functions and it is possible to walk past it while jammed without it being aware of your presence afterwards. Zeus can remove the signal-source on the UGVs and thus making it unjammable. The units can still be remote-controlled by zeus while jammed.

Set TFAR Jammer: Allows Zeus to select a object that will work as a TFAR jammer with the chosen settings, until death or removal. Zeus has a continuous updated map marker showing the area it is active in. Zeus is not affected by the jammning and does not have to think about where the zeus character is currently placed to avoid jamming.

TFAR Radio Tracking: Zeus can enable the module which makes all usage of the TFAR radios broadcast a spectrum signal while transmitting. Can be used to track enemies using the radio. If the player has the Icom radio (misc equipment) in the inventory the player can listen to the TFAR traffic being tracked and hear the other players.

FAQ:
Q: Is this clientside?
A: No, this is not clientside. Every player and the server requires to have the mod loaded.

Q: Does it require Contact?
A: No, it uses the simplified basegame version of the spectrum analyzer API. Its tested on a dedicated server without contact. However if you don't own contact you might get DLC watermark when using the spectrum analyzer like any other DLC item use. Nothing I can do about that.

Q: Will you make jamming with ACRE2?
A: Possible. Its on the list, however as I have never used it before myself, or know how it works I can not promise any estimation on when. Pull-requests are more than welcome!


Sounds used in the sound module is credited on the github readme: https://github.com/Crowdedlight/Crows-Electronic-Warfare

George Leclers Jan 23 @ 3:47pm
Hello @Crowdedlight , I would like to know if you could add modules in Eden Editor, personally it would make a lot of things easier for me.

Specter Jan 10 @ 1:14pm
@Crowdedlight would it be possible to add Jamming functionality for UAVs as well? The ability to down a recon drone with a jammer would be a HUGE advantage and would also allow for scenarios that recreate such uses in reality like the war in Ukraine currently. Cheers, love the mod!

sleeper Dec 11, 2022 @ 3:53am
Not asking to add any new voicelines, I was asking if you could use the voicelines already in the game (American, British, Altian English, Farsi, Polish, Russian, etc) to create conversations instead

Crowdedlight  [author] Dec 11, 2022 @ 3:48am
@sleeper Always welcome to get some more voice lines and add them in a pull-request on github and they will be added. Only requirement is that the author speaking the lines has given consent for them to be public in the mod.

Alternatively you can add your own sound-files and a few config codes and add your own custom packs in your template. Example of a template having sounds added can be found here: https://github.com/Crowdedlight/Crows-Electronic-Warfare/wiki/Sound-Module

Due to the example taken from a template I can't share the mission.sqm file is empty. But the files next to it with the sounds, configs and few lines of code will show how to add your own custom sounds in your own custom voice-packs.

sleeper Dec 11, 2022 @ 3:03am
You think it'd be possible to stitch together radio conversations using the voices already present in the game? Not a big fan of the current ones available

Crowdedlight  [author] Nov 4, 2022 @ 7:10am
@Canadian, woops. I see that snuck into the last hotfix. My bad. It "should" be working, but I have only tested it on localhost servers, not on a dedicated box yet.
It does the same for TFAR as the Satcom device in another mod. Essential it let you set an radius from a object where any player inside this area, get a boost to their TX range on TFAR.
Essential simulating satellite communication by increasing the TFAR transmit power by factor 4 or more.