Store Page
Dota 2 >  Workshop > 悟空STUDIO's Workshop
This item has been removed from the community because it violates Steam Community & Content Guidelines. It is only visible to you. If you believe your item has been removed by mistake, please contact Steam Support.
This item is incompatible with Dota 2. Please see the instructions page for reasons why this item might not work within Dota 2.
Current visibility: Hidden
This item will only be visible to you, admins, and anyone marked as a creator.
Current visibility: Friends-only
This item will only be visible in searches to you, your friends, and admins. 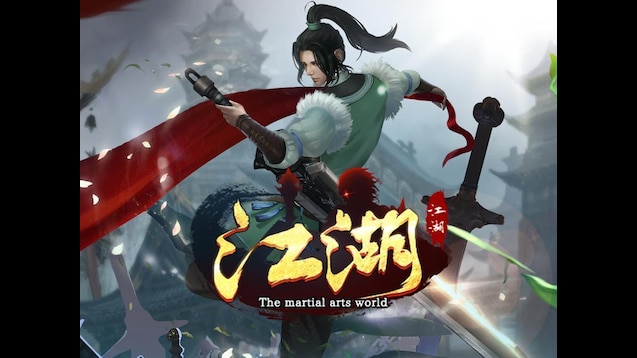 This item has been added to your Subscriptions. Some games will require you to relaunch them before the item will be downloaded.
Description
Pingdan, Xiangyang shut, he stood alone looking at the pass outside camp mood surging: but I limited talent, not for the people, really kui when the warrior two words. At that moment a cloud-piercing arrow sounded behind him, and he turned, and men came by twos and threes from everywhere, accompanied by the rising sun, towards the pass.
Behind is Xiangyang, is the river's lake, is the mountains; For you, this fight does not retreat, this life does not regret.
Meet all corners of the river, phase forget all corners of the river. Phase forget the river's lake, because the body in the river's lake.

Due to the recent hot weather, the governor likes to come out in the evening to enjoy the cool. The probability of selling the key of the Governor series NPC increased by 50% from 18:00 to 24:00 (Beijing time +8 GMT)

Please do not use any script to hang up, official verification must be severely punished


In response to the general player question, now we now announce the in-game equipment occurrence probability
The combined probability is 60% for green equipment, 30% for blue equipment, and 10% for red equipment
We use true random (not DOTA2 pseudo-random), we will not take the initiative to modify any equipment value and probability unless necessary, if there is any adjustment or modification, we will immediately announce, thank you for your support ~
Popular Discussions View All (12)

HOW TO LEARN ADVANCED KUNGFU?
wwip

Mirai-san 21 hours ago
what is most important stat on equipment ?

DD_LegionTN 22 hours ago
Is there any group/discord for this game?

Invodka searchin N13+ Oct 2 @ 8:34pm
@ascadia look under collection, think its the second thing on the left (the rarer stuff) but yeah auto use

Cloud Oct 2 @ 8:11am
Can you stop add more BOT in game ? I cant even play a game with human, BOT BOT BOT AND BOT everywhere everytime i play