Store Page
Stellaris >  Workshop > Puckhead73's Workshop
This item has been removed from the community because it violates Steam Community & Content Guidelines. It is only visible to you. If you believe your item has been removed by mistake, please contact Steam Support.
This item is incompatible with Stellaris. Please see the instructions page for reasons why this item might not work within Stellaris.
Current visibility: Hidden
This item will only be visible to you, admins, and anyone marked as a creator.
Current visibility: Friends-only
This item will only be visible in searches to you, your friends, and admins. 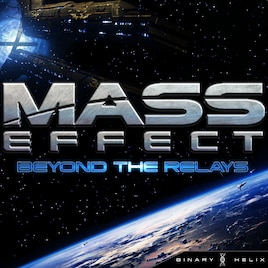 dma2147
Offline
See all 125 collections created by Puckhead73 and other people (some may be hidden)
You need DLC to use this item.

This item has been added to your Subscriptions. Some games will require you to relaunch them before the item will be downloaded.
In 2 collections by Puckhead73
Beyond the Relays - Mods and Submods

1 item
Beyond the Relays - Patches

Due to the release of 3.4 'Cepheus' and Overlord DLC, we are diligently working on a compatibility hotfix to bring BTR and it's sub-mods up to date with the current game version. Until then, in order to ensure maximum play-ability and BTR save game compatibility we strongly recommend rolling back to 3.3.4. Here is how to get it should you need a guide!

(on Steam), right-click Stellaris > Properties > Betas tab and choose "3.3 Libra" from the drop-down.

- Beyond the Relays devteam

Currently in a beta status, Beyond the Relays is committed to bringing you the most accurate and thorough representation of the Mass Effect universe possible Currently featuring a map designed around a fully functional Mass Relay Network, 2 different map types, and 24 empires available to play, there is a lot here for fans of Mass Effect or Stellaris to dive into and enjoy.

Designed around a fully realized Mass Relay Network, the map of BtR follows the same structure that is shown in the Mass Effect trilogy, with each star system forming part of a star cluster. These clusters are disconnected from one another via hyperlanes, leaving only Mass Relays as the primary means of traversing the galaxy. Currently including every system from Mass Effect lore, as well as many pulled from popular mods for the trilogy, fan fiction, and our own original creations, our smallest map is what has been released so far containing 400 star systems. We currently offer 2 map modes:

Containing all of the empires you'd expect from the Mass Effect series, as well as a few of our own creation to help flesh out and balance the map. Each empire comes with unique traits, civics, origins, modifiers, and AI personalities.

Beyond the Relays is not compatible with any mods (or their associated submods) that we have already integrated in part or whole.

A HUGE THANK YOU to the following mods and contributors allowing their mods to be fully integrated into BtR. (As such any of the below mods, or any related submods should not be used alongside BtR.

Do you love Mass Effect? Do you want to ask the dev team questions, get development updates and interact with other nerds? Look no further! The Binary Helix Discord is your one-stop shop!

Get updates on Beyond the Relays and its submods!

Do you think you have what it takes to make this mod the pinnacle of Mass Effect fan projects? Are you an artist, writer or have you always wanted to be a voice actor? Maybe you are always the first player to post about a bug? Then we need you! You can be the first to know when Binary Helix is recruiting on our official discord!


Mass Effect and all related marks, logos and characters are solely owned by Electronic Arts Inc. This fan production is not endorsed by, sponsored by, nor affiliated with EA, BioWare, or the Mass Effect franchise, and is non-commercial and intended for recreational use. No commercial exhibition or distribution is permitted. No alleged independent rights will be asserted against EA or BioWare.
Popular Discussions View All (3)

PINNED: Credit and Special Thanks
Puckhead73

A second dev diary has dropped today! It covers a little bit about the new and improved Beyond the Advisors / Advisor Voice Pack that will be coming to the mod soon! You can check it out here

King Boomy  [author] Jul 25 @ 4:05pm
Hello Everyone, we have just published a new dev diary so if you want an update on what we are working on or what has been going on behind the scenes since the last dev diary check it out here

RenderOfTime Jul 16 @ 3:20pm
i have uninstalled every single mod, i have updated the game and went back to 3.4.4 as suggested. i have deleted the game and reinstalled it, but no matter what i try the game with this mod crashes extraordinarily often. i Can only got a few years to less then a few days before the game crashes without warning. if anyone can help i would be appreciated.

Crimson Dynamic  [author] Jul 3 @ 9:03am
@Nunn most of it is already in the works. Check out the Dev Diaries to see our vision regarding future Updates and so on.

Nunn Jun 30 @ 3:33pm
Hi! Love the mod. I know it's a work in progress and I'm appreciative of you putting so much time into it.

A few suggestions that you've probably got on your list anyway (if so, this is more of a query on when you think they'll be implemented):

1) Every single race seems to join the galactic community. Even the heretic geth, batarians and collectors. Is there a way of somehow doing it with just the Citadel Races and have the council always be... well... the council 3?

4) Increased aggression from factions like the Batarians and (late game) Cerberus. At the moment in the times I've tried, nothing happens as everyone joins the galactic community together and is one big happy interstellar family. I'd be perfectly happy if the citadel races did this.

5) Limiting tech. Like you wont find dyson spheres and wormhole gateways and other 'super high' sci-fi technologies in the mass effect setting.

Thanks for the work!

speirling82 Jun 30 @ 2:25pm
oh wonderful.was trying quarian but felt handicapped. so wanted to alliance. So wait till they are available.

Crimson Dynamic  [author] Jun 30 @ 1:34pm
Yeah its bug we are aware of its patched in the newest dev version now

speirling82 Jun 30 @ 1:07pm
im having the same problem as spankybus, cant seem to pick the Systems Alliance. they dont even show up on my list when making a game

Jo0205 Jun 30 @ 12:36pm
Is there a way to reduce the background colour while looking at the Galaxy? The Blue is irritating me a bit and making it hard for me to see the Borders.
< >