Store Page
Cortex Command >  Workshop > [PG] Galahir950's Workshop
This item has been removed from the community because it violates Steam Community & Content Guidelines. It is only visible to you. If you believe your item has been removed by mistake, please contact Steam Support.
This item is incompatible with Cortex Command. Please see the instructions page for reasons why this item might not work within Cortex Command.
Current visibility: Hidden
This item will only be visible to you, admins, and anyone marked as a creator.
Current visibility: Friends-only
This item will only be visible in searches to you, your friends, and admins. 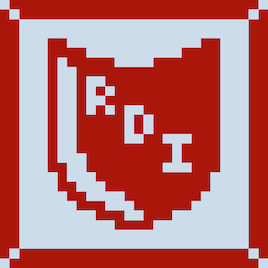 [PG] Galahir950
Offline
See all 83 collections (some may be hidden)

This item has been added to your Subscriptions. Some games will require you to relaunch them before the item will be downloaded.
Description
Unmapped Lands 2 support has now been added. For now, take the RDI.lua file from RDI.rte/factionfiles/UL2 and copy it to UnmappedLands2.rte/factions and . Dont forget to modify the faction.cfg to have RDI.lua on the bottom.

A swift faction that specializes in Defense and Small Commando Squads. I tried to get it as balanced as I could, suggestions are welcome.

The contents include:
7 Actors: A Mining Drone, A Recon Drone, A Cadet, a Medic, a Commando, a Soldier, and a Riot Soldier

6 Crafts: a Large Dropship, a Small Dropship, a Drop Pod, 2 Orbital Rounds (One that digs and one that detonates on the surface), and a Rocket

2 Bunker Pieces: a Trench and a Covered Trench

2 Turrets: a Machine Gun Turret and a Rocket Turret

7 Tools: A Concrete Gun, An Arc Welder, A Range Finder, A Grappling Gun, A Digger, A Micro Digger, and A Med Gun

RobotLucca Aug 6, 2014 @ 6:39am
If you have the faction file in yourmod.rte/factionfiles/ul2/ then all you need to do is go into unmappedlands2.rte or voidwanderers.rte, go into Factions folder, open up Factions.cfg, and add in the line "yourmod.rte" (no quotes). That way you don't need to move the .lua files anywhere.

Tyler N Jul 8, 2014 @ 5:50pm
well, why not use the physics of a grenaid that has properties of a digger (witch would be a very small but damaging feild of a digger) on the tip of the knife thatactivates when it hist a actor. and make it spinny because it would be cool.
< >