Store Page
Divinity: Original Sin 2 >  Workshop > &lt; blank &gt;'s Workshop
This item has been removed from the community because it violates Steam Community & Content Guidelines. It is only visible to you. If you believe your item has been removed by mistake, please contact Steam Support.
This item is incompatible with Divinity: Original Sin 2. Please see the instructions page for reasons why this item might not work within Divinity: Original Sin 2.
Current visibility: Hidden
This item will only be visible to you, admins, and anyone marked as a creator.
Current visibility: Friends-only
This item will only be visible in searches to you, your friends, and admins. 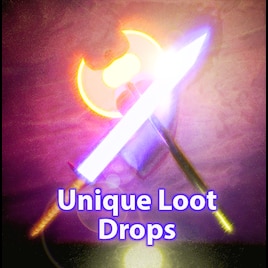 VibrantSpark
Offline
See all 1535 collections (some may be hidden)

This item has been added to your Subscriptions. Some games will require you to relaunch them before the item will be downloaded.
Description
Requires Norbytes Script Extender.

I made a discord for this mod 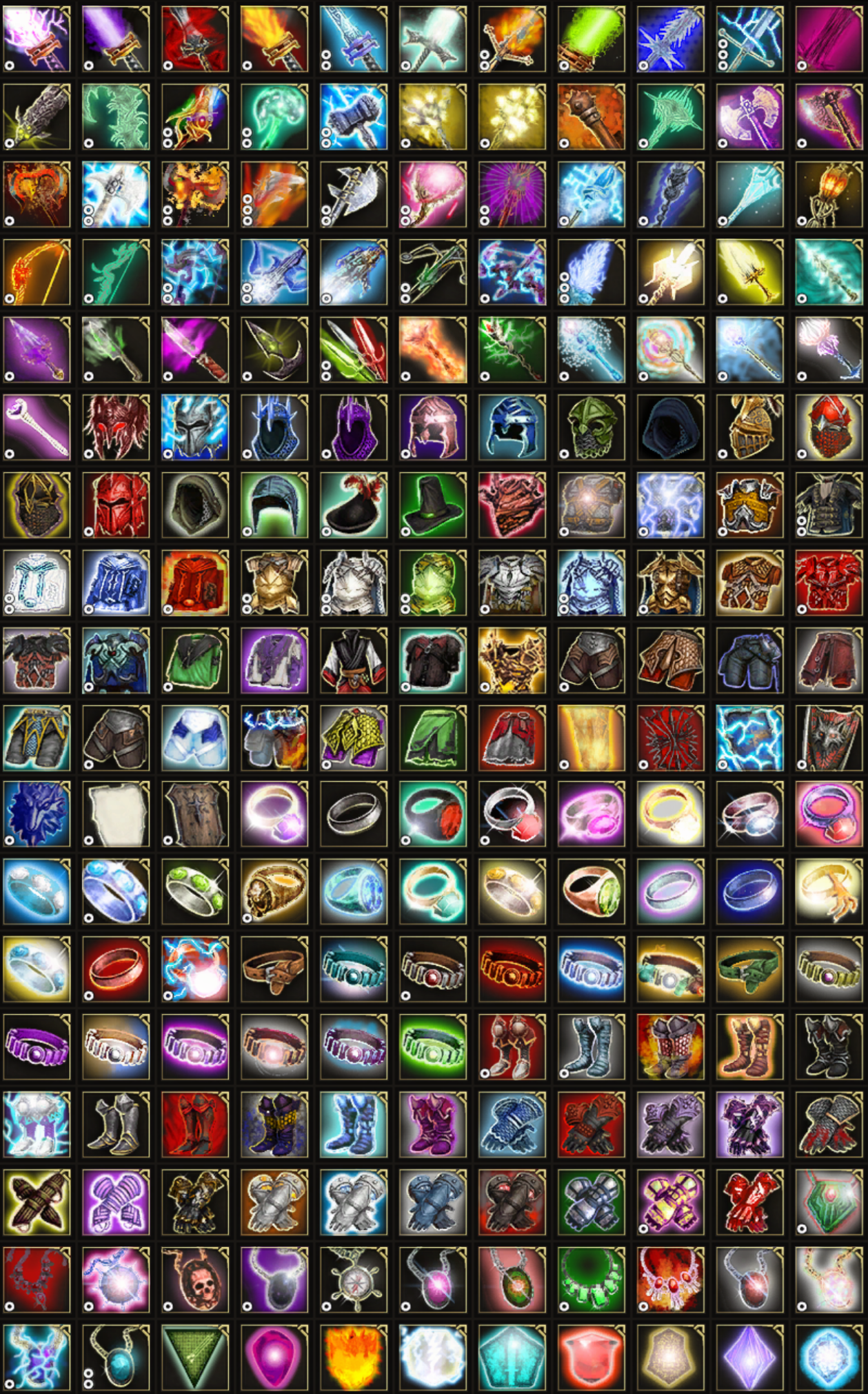 This mod adds 204 equipable Unique items, and 9 unique runes, to the game. Items can be found by killing certain types of enemies that are level 5 or higher.

The items are somewhat like Diablo/ARPG items in that you can find multiple copies of them and most items have an effect that is unique to it. Most Pay attention to items description at the bottom as it explains the influence of ability levels on the item's effects. 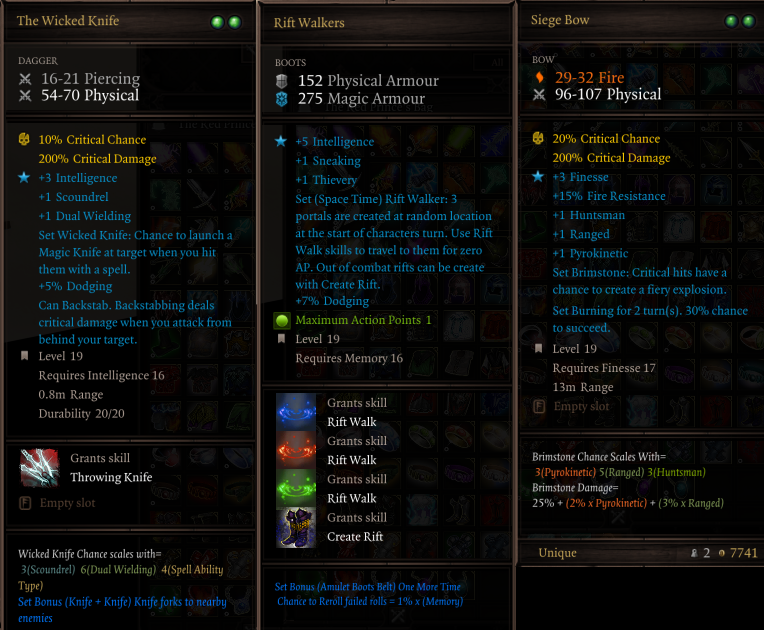 Many Effects have chance to activate based on a roll whose probabilities are determined by stats. 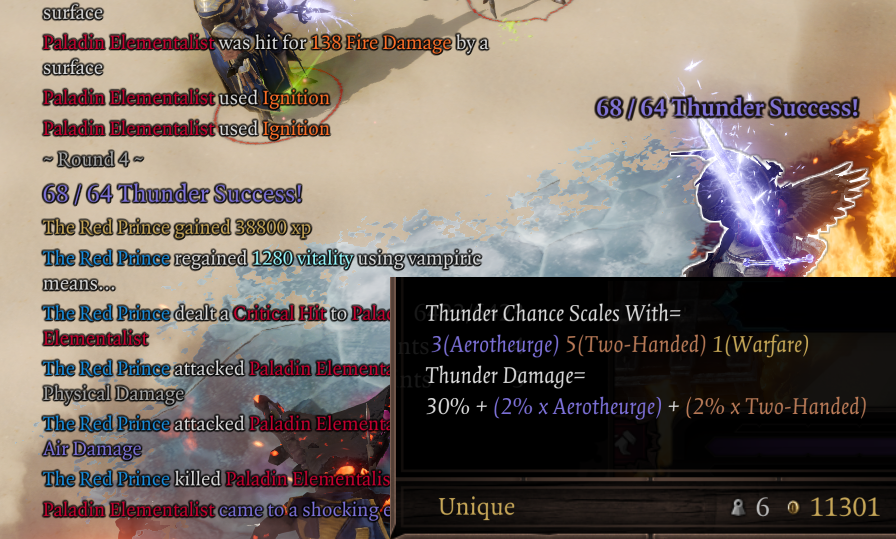 When you equip and item from this mod you will receive the mod book if no one is your party is carrying it, it is also given to the party when you arrive at Fort Joy beach. This book contains many settings to customize mod as well as descriptions of the crafting recipes in the mod. Drop rates can be set as desired. 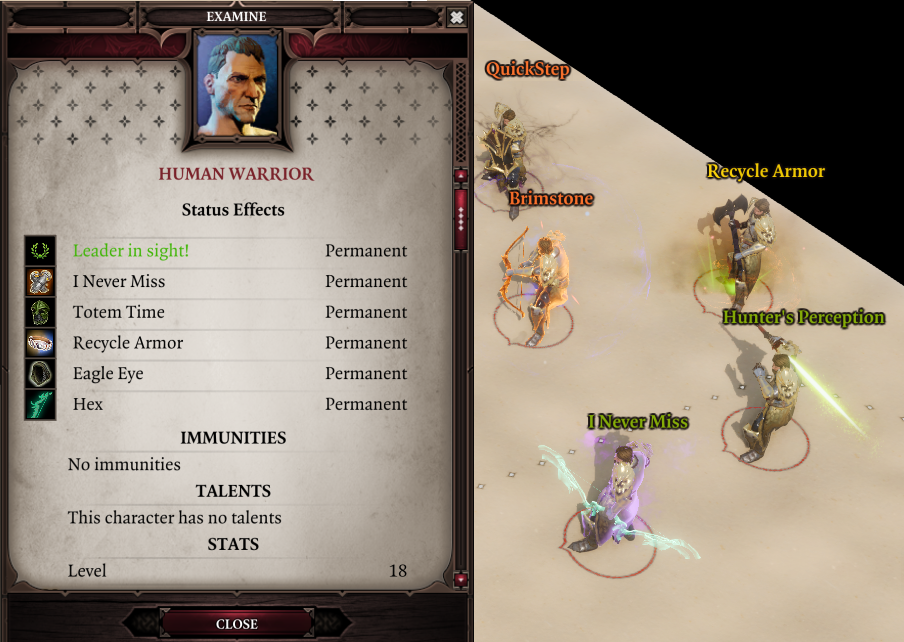 Enemy effects by default is disabled until act 2. The setting can be changed by increasing/decreasing the first setting in the enemy effects sub menu, max effects. 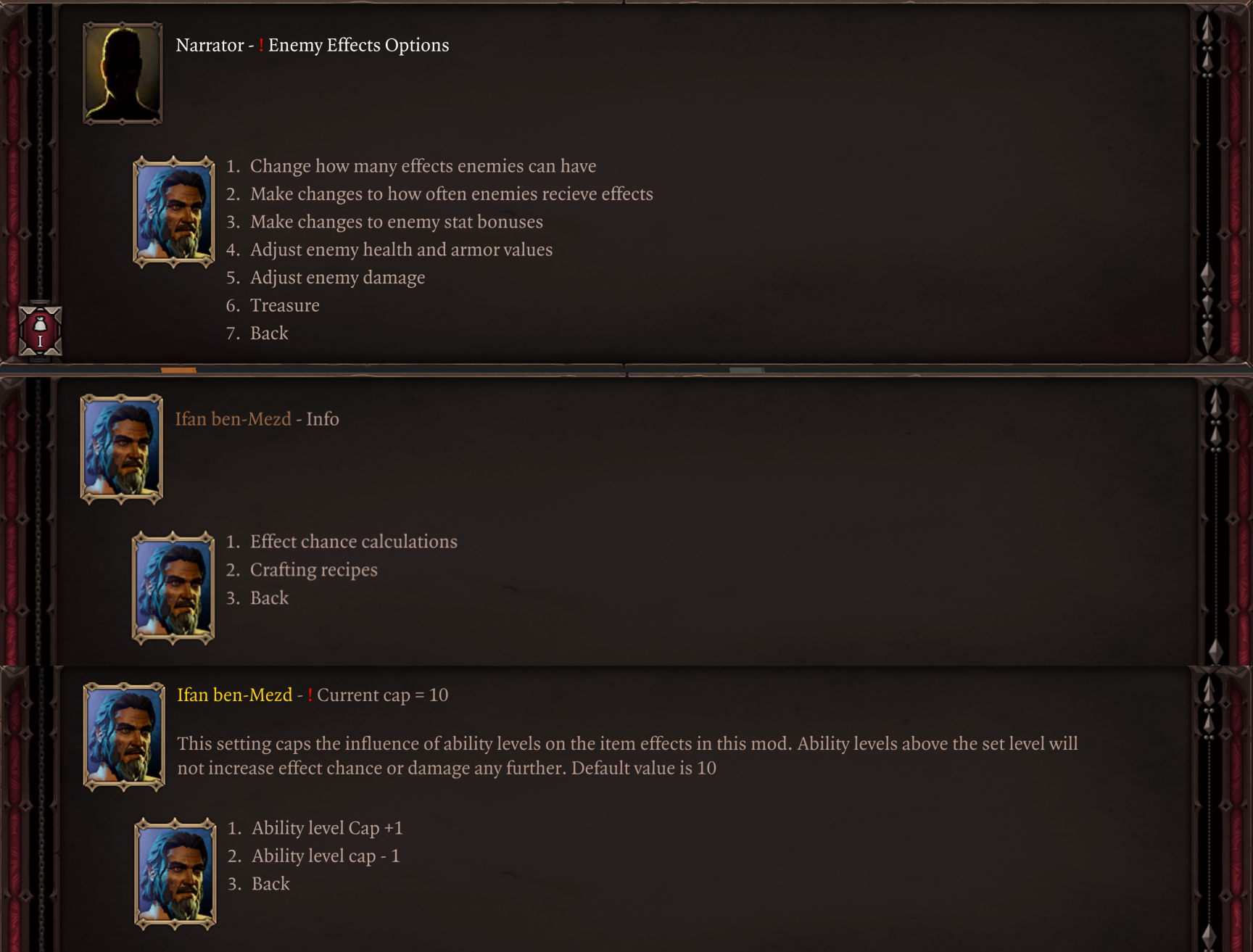 The mod has several patches including a vendor patch


Link to the vendor patch
https://steamcommunity.com/sharedfiles/filedetails/?id=2533794857


Recommend mods
The biggest issue with this mod is that it makes fights easier since the items are powerful. Here are a few mods that I use to bring the difficulty up.

Along with the settings in the mod book I find it's enough to keep things challenging. You will also want to activate am exp reducing mod at level 5 or 6 since you will be getting more exp. I find 50% works well but sometimes I need to change it to 25% or 75% temporarily.

Compatibility
Should be compatible with most other mods, including other loot mods, out there as it changes almost nothing from the base game and it bypasses the usual drop tables. Overhaul mods like Epic encounters , Divinity Unleashed, and Divinity Conflux will probably work for the most part but balance will be even more of a mess and particular items will cause issues.

For anyone who wants to be able to use the Crafting Overhauls dyes with this mod, here is a patch to make it compatible.

6.30.2022
-This is a massive update and I am sure there are things I forgot to add here
-The mod now uses a json stat system and lua to create custom tooltips for the items. These tool tip show you the scores that are used by the items effects, things like change or damage or range. It also gives you a breakdown of how much each ability is contributing, as well as how much an additional point in each ability will increase the total
-item effects now become less effective if your character level is more than 3 levels over the item level.
-changed lots of the numbers on items, most have gotten weaker, a few were buffed
-Set items will usenow the same ui element as the Larian armor sets
--added Gladiator boots, scribes ring, Northern Queen's Sceptor, Staff of Mycology and the Grave Walker boots
-Demolition Axe and Boom Stick now require target to be burning like spontaneous combustion
-Thunder now has a charge mechanic, successful roll charges the weapon and then the next hit activates it
-removed talents from items to prevent player from getting extra skill points
-fixed Eternity amulet not giving AP
-Blue Shield / Magic shield no longer activates for hits with negative damage
-Amadia's Wand and Wand of Destruction are now staffs
-adding 15 new effects to the enemy effects pool
-Enemy effect status icons will be combined to all show under 1 icon. Players will also have the new combined icon.
-Removed all visual effects from enemy effects that are found on armor to remove visual clutter. Added simpler visual effects that convey how many effects an enemy has
-Reworked impact boots. They now activate whenever the jumper lands in a curse fire surface regardless of AP
-Some jump skills will now activate off Flight and Vortex slam.
-Redid some of the set bonus animations and added some for sets that didn't have any
-Seraphim Plate now has a chance to apply bless to wearer whenever they use flight
-Demons can now drop items
-Boss tagged characters are no longer a garunteed drop
-Soul eater now works with necromancy spells and weapon attacks
-wierd touch gloves should now work when the attack brings armor to zero. Before it would only work if armor was zero before the attack
-increasing item level with source orbs will require 3 source orbs
-Seal of tier-cindilius and now has a chance to add a source point when using flesh sacrifice
-rewrote script that applies enemy effects to make it more consisttent
-Rift walker range now scales with memory
-IceBreaker will now create water surfaces rather than removing the ice surface. This was done so characters can still benefit from elemental affinity while using the set

Mod Source Files- Anyone who wants to make their own patches for this mod is welcome to do so and putting this folder into Divinity2/DefEd/Data will allow you to open the project in the editor, must have script extender in the Divinity Engine folder. Feel free to steal parts of the mod for your own project or publish your own version of the mod. I do not care if you credit me or not.

If you are somebody who has too much money and want to support my modding efforts.

< blank >  [author] Nov 13 @ 11:11pm
sorry everyone for the buggy mod. I've been doing other stuff lately. I feel guilty about all the bugs though

The Comfiest Wiggler Nov 5 @ 3:14pm
I don't think the Titan's Hammer effect works, any idea why?

AlphaDelt Oct 22 @ 10:17pm
Heyo, fantastic mod you have here, there's just one small issue in my case. The Great Decimator, for some odd reason, do not appear in the game when I equipped it. Although I can still use it to deal damage and such, I'm unable to see the weapon's model(or when any character is wielding it, its just invisible). Could it be due to mods that's causing this, or is this a bug?

Habanero Oct 10 @ 4:28pm
Items can still be fairly overpowered even with rebalance mods. I had to limit myself to using one item per character lol

GloomGamer Oct 7 @ 4:18pm
I'm currently experiencing a bug that when I try to craft . It says "item crafted" but does not let me choose like before. And nothing is added to inventory either. Help???

kmcsjr Oct 3 @ 3:06pm
no worries. I have to figure out which mod lets you hide status icons (I have it and was surprised) That would eliminate the need to combine effects.

Raz Von Ⅽoon Oct 3 @ 1:31am
I keep getting Level-up Orbs that dont do anything, when I add them to an item they just take up a slot but dont give any sorta bonus or change anything. What are these used for?
< >