Store Page
Tabletop Simulator>  Workshop > SpaceM0nkeyMafia's Workshop
This item has been removed from the community because it violates Steam Community & Content Guidelines. It is only visible to you. If you believe your item has been removed by mistake, please contact Steam Support.
This item is incompatible with Tabletop Simulator. Please see the instructions page for reasons why this item might not work within Tabletop Simulator.
Current visibility: Hidden
This item will only be visible to you, admins, and anyone marked as a creator.
Current visibility: Friends-only
This item will only be visible in searches to you, your friends, and admins. 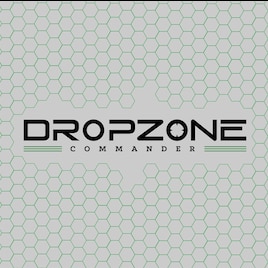 This item has been added to your Subscriptions. Some games will require you to relaunch them before the item will be downloaded.
Description
Dropzone Commander is a tabletop miniatures game of sci-fi urban combat set in the 27th Century. Five factions wage war across the far reaching galaxy. From the United Colonial Marines trying desperately to retake Earth and their home system of planets, to the Scourge, an invasive and parasitic organism that has spread and dominated each theatre of war in which it wages. The Post-Human Republic and their mysterious White Sphere pursue a different but aligned agenda as their former UCM brothers while the Resistance, trapped on the Scourge-occupied worlds, cobble any and all weapons imaginable to throw off their oppressive yoke. Overseeing all, the Shaltari watch and wait for an outcome only they know of and have prepared for.

This module is a work in progress and modeled after elements seen in Infinity the Game, Corvus Belli module by Whyrocknodie as well as pulling layout elements inspired by the Dropfleet Commader TTS 2.0 module by TemporalDistortion.

All Trademarks including Dropzone Commander, faction, and unit names are property of Troll Trader Ltd. used for non-profit purposes. Please see www.DropzoneCommander.com for product, rules, and additional information on this exciting game.
< >
3 Comments

SpaceM0nkeyMafia  [author] Mar 1 @ 5:11pm
@TOXICTACO - Glad you like it! I'm cooking up the UCM starter now and hope to have it loaded by the end of this week (Mar 5). PHR is a little slower but another user is finishing the starter up and once I get them, I can add them in.