Greenlight > Games > HyperDrive Games's Workshop
Greenlight is being retired. For more information on how to submit games to steam, refer to this blog post.
This item has been removed from the community because it violates Steam Community & Content Guidelines. It is only visible to you. If you believe your item has been removed by mistake, please contact Steam Support.
This item is incompatible with Greenlight. Please see the instructions page for reasons why this item might not work within Greenlight.
Current visibility: Hidden
This item will only be visible to you, admins, and anyone marked as a creator.
Current visibility: Friends-only
This item will only be visible in searches to you, your friends, and admins.
Vol'Talkes - The AI War
Description Discussions0 Announcements4 Comments347 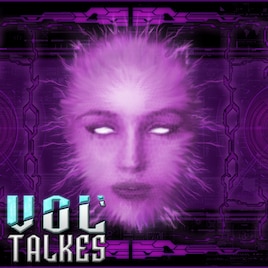 HyperDrive Games
Offline
See all 17 collections (some may be hidden)

View Vol'Talkes - The AI War in the store

We have all things cleared with valve and are now working on the first Early Access release candidate. More infos, and a relaunch of our website in February (hopefully the 1st :D ) :)

About us
We at HyperDrive Games are a German indie developer studio, that is working on their first own RTS title. We came together as modders for the well known RTS game "Star Wars - Empire at War", for which we developed the "Awakening of the Rebellion" mod in 2006. This mod was downloaded globally 6.8 million times and well praised by the international press media, the PC Games (one of Germanys most read gaming-magazines) for example brought an eight page special report about our mod in their magazine of August 2006. The developers of Petroglyph Inc., the makers of Empire at War were so impressed by our creation, that they allowed us to work with their own "Glyph Engine", the engine that powered Empire at War and "Universe at War - Earth Assault" as well as their professional advisory for our own project.

About Vol'Talkes
In our game, you play in the role of Captain Ben Kincaid, a Commander of the Allied Defense Force, a military organisation that was founded to protect mankind from alien attacks. With the development of so called CAIs (crystaline artificial intelligences) mankind discoveres the opporturnity to embed the personality of a human in a crystaline device and thus empower it with almost infinite computing power. Unfortunatly these CAIs are not accepted as equal individuals by the human race and so, after years of oppression by their creators, they start to rebel against them and a war begins, that will define the future of mankind in the universe. But the story is not written in stone. On your journey with Captain Kincaid you are forced to make decisions, which will often push you in a conflict between moral and obedience and most of the time there is no real black and white, but various shades of grey. Thereby the story evolves in different directions and the type of available units and possible partners for alliances will change dramatically.

Final Words
We really hope that we could thrill you with our game description, and that you guys give us a green light to bring you a stunning new SciFi RTS game like you've never seen before!
< >
347 Comments

Arachia Feb 26, 2015 @ 8:31pm
ah this is a revamped empires at war starwars game really still good but seen it all before in that old game

Vol'Talkes - The AI War has been Greenlit and is now listed in the Steam store. For the latest information, purchase options, and discussions for Vol'Talkes - The AI War, please see it on the Steam Store or in the Steam Community.
Visit Store Page
For more details Visit Community Hub
For latest discussions
If you really, really want to, you can continue to the Greenlight page. Information on this page may be out of date, since all the action has moved to the areas noted above.