Store Page
Arma 3>  Workshop > MaturE-RS4's Workshop
This item has been removed from the community because it violates Steam Community & Content Guidelines. It is only visible to you. If you believe your item has been removed by mistake, please contact Steam Support.
This item is incompatible with Arma 3. Please see the instructions page for reasons why this item might not work within Arma 3.
Current visibility: Hidden
This item will only be visible to you, admins, and anyone marked as a creator.
Current visibility: Friends-only
This item will only be visible in searches to you, your friends, and admins. 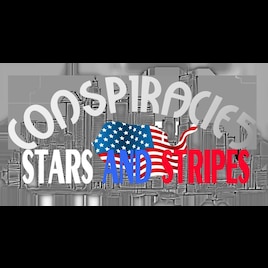 MaturE-RS4
Online
See the collection (may be hidden)

This item has been added to your Subscriptions. Some games will require you to relaunch them before the item will be downloaded.
Description
CONSP1RACIE5 - STARS AND STRIPES is settled in a fictional US-County. The unique map for this scenario is included in this download.

Shortly after the stuff happened in Canada (CONSP1RACIE5 - Red Maple) the USA lost their president. The country is now ruled by the military, outlaws, raider ect. As a former cop you will wake up in a hospital together with your max. 3 friends (If COOP). Try to find out what happened between the days of you serving and now in a completly new post-apocalyptic world in the USA. Speak to people, do missions for them, build up your own group of government/resistance and try to survive.

OTHER parts of CON15:

MaturE-RS4  [author] Apr 16 @ 12:21pm
You will find it by dearching the new bpof mao in MP mode, just start a new server there to gain access. =) Hope it helps =) Its designed as a MP-Coop mission so you will find it by clicking in the new map we created in multiplayer. It is a bit annyoing for new players, but we will fix it soon so you will have also access by scenrios on singleplayer in a few. So chosse a new mp-game, click on the BPOF-US-Conuty map and you will find the mission.I you have problems, join our discord-server. =)

CommoSgt Apr 15 @ 1:58pm
how do you start, this is the 3rd set of mods that does not show up in sp or mp. idk if its me or what, but i have everything in the list green checkmarked. doesnt work for me

MaturE-RS4  [author] Feb 12 @ 11:19am
Hi Dust Muffin, you need to take a look at Multiplayer. You will find the mission when you select our terrain in MP. Its designed as a COOP mission. You will not fin it in Singleplayer. But you still can play it as SP in the MP mode if you wish.