Greenlight > Games > BxBL's Workshop
Greenlight is being retired. For more information on how to submit games to steam, refer to this blog post.
This item has been removed from the community because it violates Steam Community & Content Guidelines. It is only visible to you. If you believe your item has been removed by mistake, please contact Steam Support.
This item is incompatible with Greenlight. Please see the instructions page for reasons why this item might not work within Greenlight.
Current visibility: Hidden
This item will only be visible to you, admins, and anyone marked as a creator.
Current visibility: Friends-only
This item will only be visible in searches to you, your friends, and admins.
Whitewash
Description Discussions3 Announcements6 Comments309 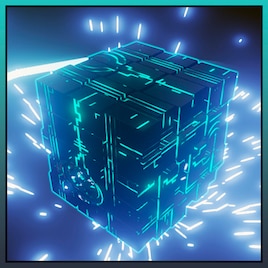 BxBL
Offline
See all 30 collections (some may be hidden)

View Whitewash in the store

Hello!
In case you don't know, there is an Alpha build of the game for Windows that went live few hours ago :)
Check it out:

Hello!
New gameplay trailer added; I'm so excited right now :D
And guys... If everything goes nice, you'll be able to get your hands on Alpha gameplay from Early Access pretty soon: May 01 - 2015! Around next week!!!1!11!

I'm eager to take notes on what you guys think should change and in which direction story should go!

Read More
Description
Release date: 2015
What To Expect From Steam
If you guys, the community, want this game on Steam you can expect this for a Steam release:

What To Expect From Final Gameplay
As part of the efforts to build a game on pair of Steam’s standards many new elements are on the works to make sure you have a meaningful experience.
You shall expect very increased quality not only for graphics, but mainly in the gameplay mechanics.
The gloves will come faster in the story timeline so the action will be more instinctive to all players.
Some of the mechanics you can expect for this Steam build:

The photon canon gloves will play a major rule on the game as a core tool allowing you to cut your way through heavy objects and slice strategic pieces of the level to beat the puzzles. The only limits for slicing is for objects made of very dense metals. This is the main focus of development right now.

The game story suggests humanoids are required for the plot, but they are dumped out of the demo out there duo the enormous work AI requires to implement when the goal is behave as a human-like creature. However experimentations are underway and expect to see more alive characters where the plot requires.

Who doesn’t like lasers?! I love them and miss the action they allow when properly implemented; puzzles with lasers here and there can be awesome when added to the level carefully and do not fall off from the context of the game.

On some levels the laser/mirror combos promise fun and varied ways of completing a level.

As part of the effort the make this game being based on real physical mechanics, magnets and gravity effectors will be present on many levels.

BxBL  [author] Nov 23, 2014 @ 2:00pm
I don't know; Valve can always add any game to their promotional events.
Game is still in development so is very early to even think about this kind of thing. All I focus now is to build the game and make sure it becomes a nice enjoyable game.

BxBL  [author] Jul 13, 2014 @ 10:27pm
@kloakninja, the codes are for whose acquired a 'pilot' version of the game months ago in a game bundle. There's no definition yet on how these codes will be sent, but wouldn't be fair with them if I distribute free codes for something they paid for, right?! :)

Dovakhiin Jun 26, 2014 @ 3:23pm
Sounds awesome, thanks for the feedback! Once again take your time with everything, im sure itll be great!:D

BxBL  [author] Jun 26, 2014 @ 12:08pm
Hi Dovakhiin;
I will carefully arrange Steam keys for everyone that got a Desura key from Groupees.
At the moment I'm working on the game so yeah I will start to work on that only after game release on Steam.
I also want to support Modding community so I am at this moment transfering the project to a more open game engine so everyone can grab the source code project and mod the game as you wish. With Unity it would require a Pro license for each modder ($1500), so I stepped Unity aside for what I want to build for Steam and started migrating the project to Unreal Engine 4 which is very open and affordable (19$).
Modders will be able to download the game as is, as well as the game's source code to build mods directly in the game project itself. Will be much easier to support custom levels built by players, custom missions and all that jazz :D

Dovakhiin Jun 16, 2014 @ 4:42pm
"OUSE Games [author] 3 Apr @ 8:45pm
Thank you for voting guys! This community is awesome!
@Dovakhiin, yes everyone supporting the game project from the groupees community will have a Steam key free. If not for them the new things coming to this game would not be possible at all."

I take it this will happen when the game launches in 2015?

Glad you guys got GreenLit BTW, NO RUSH, take your time;D
< >

Whitewash has been Greenlit and is now listed in the Steam store. For the latest information, purchase options, and discussions for Whitewash, please see it on the Steam Store or in the Steam Community.
Visit Store Page
For more details Visit Community Hub
For latest discussions
If you really, really want to, you can continue to the Greenlight page. Information on this page may be out of date, since all the action has moved to the areas noted above.