Store Page
Arma 3>  Workshop > OksmanTV's Workshop
This item has been removed from the community because it violates Steam Community & Content Guidelines. It is only visible to you. If you believe your item has been removed by mistake, please contact Steam Support.
This item is incompatible with Arma 3. Please see the instructions page for reasons why this item might not work within Arma 3.
Current visibility: Hidden
This item will only be visible to you, admins, and anyone marked as a creator.
Current visibility: Friends-only
This item will only be visible in searches to you, your friends, and admins. 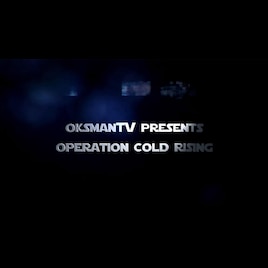 This item has been added to your Subscriptions. Some games will require you to relaunch them before the item will be downloaded.
In 1 collection by OksmanTV
Arma 3 - Operation Cold Rising

If you are looking for Episode 2 (Right here!): http://steamcommunity.com/sharedfiles/filedetails/?id=323192330

Fight with your Squad, Lead your own Squad and play with mixed Support elements. Episode 1 takes you through counter-insurgency against the FIA in story-driven mission alongside the AAF in the Campaign of Altis.

*IMPORTANT* Epilepsy warning for Outro, it's very flashy. Some mods "might" interfere with mission. Bugs are usually random and does not occur with every launch. Happens very rarely.

Hellfish is a Task Force in the AAF tasked with counter-insurgency, they fight for the wrong causes but alas the men of the platoon are honorable soldiers that follow orders, I would love to show another part of the war by following the path of the Altis Armed Forces and their ruthless activities against their own populace.
However every soldier in the AAF does not feel completely right about the current state of affairs.

Episode 1 is the first mission I've ever released on Arma 3 soil, thus the first glimpse of Singleplayer experience I wish to deliver unto you, the community. Follow 1-1 as the replacement second-in-command, fight through forests and towns and eliminate the growing insurgency, that seems to grow constantly even though the AAF have pushed their advantage and introduced COIN tactics.

Please Enjoy. If the text is unstructured in the scenario description, I'm sorry. It's nothing I can do

Note: There's been some FAQ here and there and I believe that I should just respond right here in the description. So you know the reason for things that happen in the mission.

1. Why invincible AI?
Right so when I started making this the goal was to get as many characters from my clan as I could, just to make the game a bit widespread with plenty of voices. And if one of the AI died during a firefight, often done by running straight into fire and getting themselves instakilled. A perfect example and the reason for the choice came from every showcase, every campaign that came out of BI. It's not because they are bad but they depend on their own difficulty system which makes AI super-accurate. I think we all remember playing the showcase and finding ourselves all alone because our AI got slaughtered. That's the reason.

2. Bugs
I know there are a few bugs here and there, and trust me I've spent most of the editing just trying to solve the issues of the AI. They are a massive heap of confusion to say the least and at times I've even had issues getting a squad to run through a forest. I few have called in an ammo box not being able to be destroyed, I've not put in anything such as allowdamage false or anything similiar into that box. I believe it's something that Arma 3 does, and it doesn't happen all the time If I've understood the situation. Being unable to load saves is also another problem that doesn't always occur, but mods might interfere. These bugs have never happened in the 2 months of Beta testing, and I'm sorry for the inconvenience but restart usually works the best.

3. Difficulty
This mission was created solely to motivate people to take another step into the editing madness that can happen in Singleplayer. Fighter jets doing bombs runs and popping flares, proper gun runs from helicopters and other funky stuff. It's a showcase for "complex" scripting and fixed missions. I know that most of the Arma veterans won't like it, however I never expected you to because it's a linear scripted mission that we often find in other frenchises. My goal was not to please those veterans but the casual singleplayer gamers. I hope you understand that this is not aimed for you veterans out there, you often enjoy sandbox or plenty of choices and approaches, scouting extensively and preparing for battle.

Cheers for all the support and comments, feedback and requests alike.
Popular Discussions View All (1)

pansalva Jun 2, 2018 @ 1:03pm
The only bug I had was that there was no bombing or airstrike (the planes just flew by) , nonetheless it was not blocking for the rest of the mission.
A piece of briliant work, I'd be glad if this series were continued.