Store Page
Arma 3 >  Workshop > Helmet Hair's Workshop
This item has been removed from the community because it violates Steam Community & Content Guidelines. It is only visible to you. If you believe your item has been removed by mistake, please contact Steam Support.
This item is incompatible with Arma 3. Please see the instructions page for reasons why this item might not work within Arma 3.
Current visibility: Hidden
This item will only be visible to you, admins, and anyone marked as a creator.
Current visibility: Friends-only
This item will only be visible in searches to you, your friends, and admins. 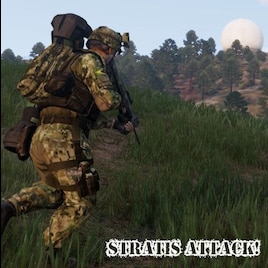 Helmet Hair
Offline
See the collection (may be hidden)

This item has been added to your Subscriptions. Some games will require you to relaunch them before the item will be downloaded.
Description
Welcome to the eternal struggle between AAF and NATO. In this campaign you will play as private Nicolo Rosi for the AAF army. High command have decided to retake Stratis from NATO, and you are about to be thrown into the meat grinder...

This is a minor campaign with four missions, but I'm planning on adding more missions to eventually finish it. To be honest, I was just itching to get something published on Steam. It's not a super advanced mod of any kind, but I would say it is consistent with lots of combat. Also, it's my first Arma thing too, so be gentle :)

I recommend playing it as you were a private in the army, so don't go off on your own. Basically follow orders and do your best!

The reason I'm using [Campaign Compatible ACE + ACEX] instead of normal ACE is because it removes the medical system from ACE that don't work too well with the AI. It also works in the official campaigns. The mod [Project injury Reaction (PiR)] replaces the medical function, both for you and the AI. It also adds a ton of cool features, like hit-reactions, death stages etc. The [LAMBS] stuff is AI improvements that I consider vital to the campaign, with that said - I highly recommend not playing with any other AI mod than the ones I have linked as requirements.

While not required to run the campaign, I do recommend a couple more mods for immersion, you can find the collection here:

Good luck & have fun!
Thanks for playing

󠀡󠀡󠀡󠀡󠀡󠀡Marc🦈 Mar 14, 2021 @ 12:12pm
As I forgot that was possible. Thanks for the help and looking forward to the next mission in this campaign.

Helmet Hair  [author] Mar 14, 2021 @ 12:07pm
Sorry I have not answered, I was going to but I forgot, but remembered to do it now. Anyway, I will keep the req since well, it works and I don't wanna screw around with it, but on your issue, you could just create a custom mod-start or whatever it is called in the bohemia browser. And have both versions downloaded. That is how I roll with different mods anyway.

󠀡󠀡󠀡󠀡󠀡󠀡Marc🦈 Mar 12, 2021 @ 12:27am
Any chance you could remove the Campaign Compatible Ace+AceX requirement in the future?
I've used it and it always gives me an error whenever I have CUP/RHS installed about missing an ace_explosions.pbo.

Would love to follow through this campaign till the end with just the PiR version of Ace.

󠀡󠀡󠀡󠀡󠀡󠀡Marc🦈 Mar 3, 2021 @ 4:57pm
Pretty fun campaign! Stratis was kinda underrated so it was nice to see a campaign for it. CBF_AI is also compatible with the other mods listed so that's nice.

Also any reason why to use Compat Ace+AceX over the Ace Compat provided by PiR? No issues but just curious.