Store Page
Tabletop Simulator >  Workshop > john.clowdus's Workshop
This item has been removed from the community because it violates Steam Community & Content Guidelines. It is only visible to you. If you believe your item has been removed by mistake, please contact Steam Support.
This item is incompatible with Tabletop Simulator. Please see the instructions page for reasons why this item might not work within Tabletop Simulator.
Current visibility: Hidden
This item will only be visible to you, admins, and anyone marked as a creator.
Current visibility: Friends-only
This item will only be visible in searches to you, your friends, and admins. 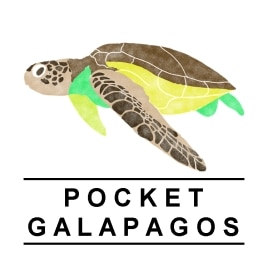 john.clowdus
Offline
See all 7 collections (some may be hidden)

This item has been added to your Subscriptions. Some games will require you to relaunch them before the item will be downloaded.
Description
Pocket Galapagos by Small Box Games. Official TTS Mod.

While the oceans teem with endemic life, the terrestrial creatures of the Galapagos are threatened by invasive species.

In Pocket Galapagos, you will manage the indigenous animals of a lone island in the chain known for its ecological diversity, while minimizing the effects of threats caused by new species. Bolster the populations of land and sea using multi-use cards, potential combos, and a bit of press your luck in this solo player card game.

Each turn, the player reveals five cards from the deck. Two cards are played to The Ocean to increase populations and gain abilities (with clever card play allowing for multiple actions and effects based on the cards chosen and their order of play). While two cards are then flipped and played to either the Island Biome or Dominant Species (which have limited capacity) or to the Invasive Species. Any remaining cards are discarded for Invasive Effects.

Small Box Games is a small, independent, one person operation, and your support helps me to continue making the card games I design and publish.

If you have any questions, please don't hesitate to ask.

Thank you for checking out the games I design!

phantomness Feb 7 @ 10:25am
Thank you. However, the text on the rules is tiny and I have bad eyesight even when enlarging it. Is there any way to possibly make it larger (and for your other games as well?)

Thanks for playing Pocket Galapagos!
< >