Store Page
Besiege>  Workshop > Brammer001's Workshop
This item has been removed from the community because it violates Steam Community & Content Guidelines. It is only visible to you. If you believe your item has been removed by mistake, please contact Steam Support.
This item is incompatible with Besiege. Please see the instructions page for reasons why this item might not work within Besiege.
Current visibility: Hidden
This item will only be visible to you, admins, and anyone marked as a creator.
Current visibility: Friends-only
This item will only be visible in searches to you, your friends, and admins. 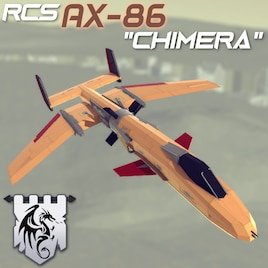 This item has been added to your Subscriptions. Some games will require you to relaunch them before the item will be downloaded.
In 1 collection by Brammer001
Flying Creations

This was a plane i built for a contest on the official besiege discord. the contest asked for post apocalypse styled planes, made out of the part of other planes.

it's fairly fast, controls really nicely, and is armed with a triple barre power 8 autocannon in the nose.
its role was that of a pirate fighter, and is thus equipped with grabbers to latch onto other planes to board them.