Store Page
Besiege>  Workshop > dagriefaa's Workshop
This item has been removed from the community because it violates Steam Community & Content Guidelines. It is only visible to you. If you believe your item has been removed by mistake, please contact Steam Support.
This item is incompatible with Besiege. Please see the instructions page for reasons why this item might not work within Besiege.
Current visibility: Hidden
This item will only be visible to you, admins, and anyone marked as a creator.
Current visibility: Friends-only
This item will only be visible in searches to you, your friends, and admins. 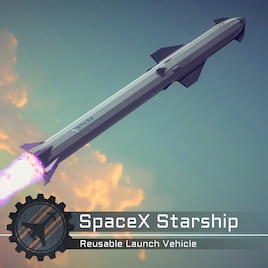 This item has been added to your Subscriptions. Some games will require you to relaunch them before the item will be downloaded.
In 1 collection by dagriefaa
SpaceX

SpaceX's Starship spacecraft and Super Heavy rocket (collectively referred to as Starship) represent a fully reusable transportation system designed to carry both crew and cargo to Earth orbit, the Moon, Mars and beyond.

Starship will be the most powerful launch vehicle ever developed, with the ability to carry in excess of 100 metric tonnes to Earth orbit in a fully reusable configuration. Drawing on an extensive history of launch vehicle and engine development programs, SpaceX has been rapidly iterating on the design of Starship with orbital flight targeted for, uhhh, 2021? Maybe?

Around the time that Starship mk.1 was completed (September 2019), a Starship update was released.
The changes from the 2018 version include a stainless steel construction (replacing carbon-fibre composites) and separation of fins and landing gear.
Legs were added to the planned booster.

Things have since changed (before our very eyes, in fact), but there wasn't a presentation for 2020 and there probably won't be one for 2021 outside of Everyday Astronaut's upcoming interview.

This rocket is designed to drop the first stage at 400m/s (assuming you have the Air Density Mod running). Results are not guaranteed above that.
The first stage is equipped with a landing computer. Once you hit the stage button, it should take care of itself.

The ship is designed to re-enter at 1000m/s. You could probably go higher depending on the planned re-entry profile.
You could control the descent with the flaps, but I don't recommend it.

I was planning to get rid of this at the first good opportunity, but no such opportunity arose before this was rendered obsolete because SpaceX kept blowing things up.
It has been so long, in fact, that build surfaces have been released, and the decision was made to make an entirely new Besiege Starship block upgrade out of surfaces for the 2020 revision.

(And some of the parts from that upgrade found their way back to this one in the meantime.)

There are some slight changes between the Starship mounted here and the mk.1. Mostly the engines, which now use holders and flamethrowers instead of water cannons.
The control diagram for the mk.1 is reused here because the controls are exactly the same (minus the now-automatic landing gear) and the booster controls itself.

The advent of logic and automation has, of course, culminated in the development of a landing computer for the booster. This completely eliminates any need to switch between stages for landing.
This is the second version, which uses a PD PWM system, and which was made necessary due to updates to the Air Density Mod. It's a lot more effective than the first version (which can be seen on Blitsplatapus' Big PP Moon Rocket).

(Blindly piloting the Starship is hard.) 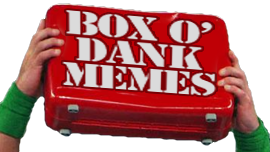