Greenlight > Games > Oneiric Worlds's Workshop
Greenlight is being retired. For more information on how to submit games to steam, refer to this blog post.
This item has been removed from the community because it violates Steam Community & Content Guidelines. It is only visible to you. If you believe your item has been removed by mistake, please contact Steam Support.
This item is incompatible with Greenlight. Please see the instructions page for reasons why this item might not work within Greenlight.
Current visibility: Hidden
This item will only be visible to you, admins, and anyone marked as a creator.
Current visibility: Friends-only
This item will only be visible in searches to you, your friends, and admins.
A Thief's Melody
Description Discussions0 Announcements1 Comments96 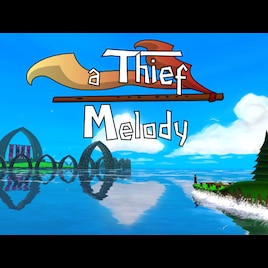 Oneiric Worlds
Offline
See all 3 collections (some may be hidden)

View A Thief's Melody in the store

OK, I know I don't make a lot of announcements (I'm still learning a lot about all the greenlight features), but I think you all deserve a BIG THANK YOU for your votes, your feedbacks and your support! Indeed, you may have noticed the game has recently been greenlit! Yay! This means a lot to me, and it wouldn't have happened without you.

While I'm talking about news, I may reassure some of you: I still work everyday on the game. It's always more complicated than I thought, but I keep moving forward... Slowly.

For those of you who have some time and who want to test (again?) the game, I've just updated the game demo, which you can get on the new official game website there:
http://www.oneiricworlds.com

Don't hesitate to tell me what you think about it, or if there are any problems at all (Keep in mind this is an alpha demo, graphics/animations/sounds/music may change in the future)


I'm not very chatty here on Steam about my everyday work, but if you want more regular news, you can follow me on:
Twitter
Facebook[www.facebook.com]
Google+[plus.google.com]
Indie DB
My Dev Blog[home.oneiricworlds.com]


Finally, I just want to say I don't have time to answer to all of you, but I read carefully every comment, and I do my best to take them into account. So don't hesitate to tell me what I can improve with regard to my Steam communication, the game itself, or whatever you think is relevant.

Thanks again for all the support, I'm so grateful ^^ You guys rock.
Cheers

>>> I recently changed the name of the game from "World of Thieves" to "A Thief's Melody" <<<
>>> The game is STILL IN ALPHA VERSION <<<
Graphics, animation and music/sound assets are not all final! This game is still under heavy development and things may change until the final release.

A Thief's Melody is a 3D cartoonish adventure/stealth game between Zelda and Beyond Good and Evil with a contemplative atmosphere.

In an ocean-covered world, you play a young thief studying at the Thief Guild. You'll learn basic moves and will be send to various missions to retrieve items in different places from pirate islands to wealthy villas or even the governor's palace. By completing these missions, you'll earn enough to unlock and learn new abilities including melee fight, range weapons, bombs, grapple, ...


Thanks everybody for the votes, comments and feedbacks! This is great to have your opinion! I'm afraid I can't answer everyone, but I carefully read all your posts/suggestions ^^

Oneiric Worlds  [author] May 13, 2017 @ 10:52am
Sorry I have absolutely no time to post news regularly on Steam, but I'm definitely still working hard on the game. If you want to get all the news, don't hesitate to subscribe to the newsletter on the website www.oneiricworlds.com . Thanks a lot to everybody who took the time to drop me a comment, you guys are awesome :) Thanks for your support!

sheogorath Apr 24, 2017 @ 5:10am
Took some time to chat with the dev during the Toulouse Game Show, it was really interesting. I look forward to playing this game.

Monkey Apr 17, 2017 @ 4:36am
Looks amazing! Some atmospheric lighting and fog would look really cool though. Is their any news on when this will come out?

Speculi Jun 18, 2014 @ 5:41am
Most of the models in the video look quite nice. I defenitly would change the Skybox-Texture! It looks terrible and destroys the overall look of the game. And if the character is supposed to be sneaky, I think the walk animation should be more scneaky like and maybe not leaving a dust cloud behind? And just for the marketing, I would suggest to change the Thumbnail picture for the game. When I first stumbled over your game I thought: "Another crap game made in 5 minutes..." But actually after seeing the video and some of the cartoonish models, I think the game has potential. So please! Change the skybox asap, the repeated cloud pattern looks horible in my opinion and this could be a quick fix to imrove the overall look of the game..
< >

A Thief's Melody has been Greenlit and is now listed in the Steam store. For the latest information, purchase options, and discussions for A Thief's Melody, please see it on the Steam Store or in the Steam Community.
Visit Store Page
For more details Visit Community Hub
For latest discussions
If you really, really want to, you can continue to the Greenlight page. Information on this page may be out of date, since all the action has moved to the areas noted above.