Store Page
Ravenfield >  Workshop > Lezvin's Workshop
This item has been removed from the community because it violates Steam Community & Content Guidelines. It is only visible to you. If you believe your item has been removed by mistake, please contact Steam Support.
This item is incompatible with Ravenfield. Please see the instructions page for reasons why this item might not work within Ravenfield.
Current visibility: Hidden
This item will only be visible to you, admins, and anyone marked as a creator.
Current visibility: Friends-only
This item will only be visible in searches to you, your friends, and admins. 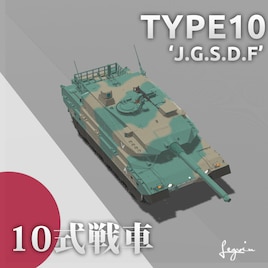 This item has been added to your Subscriptions. Some games will require you to relaunch them before the item will be downloaded.
In 1 collection by Lezvin
Project LETMS

Someone provided the model of it , so this is mostly an unity configurative work

HP: 5200
Feature:
Hydropneumatic active suspension(as the real one), which allows it to adjust its stance and absorbs recoil when firing.(but not so success)
All sound effect from the real video of type 10

Background:
The Type 10 (10式戦車, Hitomaru-shiki sensha) is a next generation main battle tank of JSDF produced by Mitsubishi Heavy Industries for the Japanese Ground Self Defense Force. Compared with other currently-serving main battle tanks in the JGSDF, the Type 10 has been equipped with enhancements in its capability to respond to anti-tank warfare and other contingencies.