Store Page
Left 4 Dead 2>  Workshop > Gyroic's Workshop
This item has been removed from the community because it violates Steam Community & Content Guidelines. It is only visible to you. If you believe your item has been removed by mistake, please contact Steam Support.
This item is incompatible with Left 4 Dead 2. Please see the instructions page for reasons why this item might not work within Left 4 Dead 2.
Current visibility: Hidden
This item will only be visible to you, admins, and anyone marked as a creator.
Current visibility: Friends-only
This item will only be visible in searches to you, your friends, and admins. 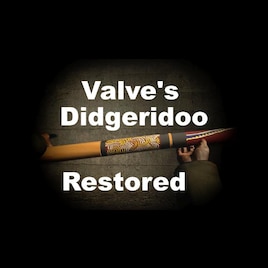 Veranum
Offline
See all 40 collections (some may be hidden)

This item has been added to your Subscriptions. Some games will require you to relaunch them before the item will be downloaded.
Description
This mod Re-adds both the Riot Shield and Valve's original Didgeridoo back into the game.

Along with adding every melee weapons back into every campaign, including the unused ones.

My pal and dance pad terrorist, Sang, Taught me about how to add custom melee weapons and taught me that the original Didgeridoo was in the QC files.


Unlike other Didgeridoo mods, this one is real deal.


Here are the things that aren't original


I made custom sounds for the didgeridoo, but went unused, uses tonfa sounds instead.
< >
17 Comments

Yossarian the Assyrian Sep 19 @ 8:52pm
It's cool to finally use the didgeridoo as it was intended! The weapon unlock part is a nice bonus. A shame that it and the riot shield never got an official release...

luna_sx Sep 5 @ 10:55am
will it appear when played with friends?
if so, does it need the one who has the mod to host it?

Skygrass Chopper Jun 14 @ 8:51am
Just curious, what does the didgeridoo look like without textures? anyone can send me a picture?

Mya May 28 @ 1:12pm
Didgeridoo will still display missing textures to users who doesn't have the mod because Valve scrapped the idea of the Didgeridoo but they didn't bother to delete the model

So, as long as people don't have any Didgeridoo restore mods. It means that those people won't be able to see the textures

not_requested49 Apr 3 @ 3:26pm
my bad, im just now noticing that my campaign addon Whitaker Survivalist is the one conflicting with this, which tbh doesnt make sense at all but i left a comment on the campaign

i think thats what is causing the missing texture probably

not_requested49 Apr 3 @ 3:20pm
hey love the riot shield mod and everyone that joins my server can see it and like "what is this? a shield? this new or something?" lol but the digeridoo spawns fine for me, but ive gotten multiple chat messages from other people saying that it has no texture for them and just looks like a weird melee that didnt load in right. do you know why this happens for only the digeridoo? does it have something with my addon conflicting with something? (even though it isnt conflicting with anything, its just red)