Store Page
Arma 3>  Workshop > Fingolfin_A3's Workshop
This item has been removed from the community because it violates Steam Community & Content Guidelines. It is only visible to you. If you believe your item has been removed by mistake, please contact Steam Support.
This item is incompatible with Arma 3. Please see the instructions page for reasons why this item might not work within Arma 3.
Current visibility: Hidden
This item will only be visible to you, admins, and anyone marked as a creator.
Current visibility: Friends-only
This item will only be visible in searches to you, your friends, and admins. 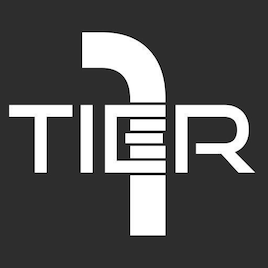 Fingolfin_A3
Offline
See all 482 collections (some may be hidden)

This item has been added to your Subscriptions. Some games will require you to relaunch them before the item will be downloaded.
Description
Tier 1 Weapons - A mod by Fingolfin
Description
This mod adds several weapons used by US SOCOM units in different setups and color variants. It is based on the RHS framework and should work fine with ACE.

Features
• highly detailed models and textures (mostly)
• a wide variety of weapon accessories and scopes
• ACE compatibility (not fully tested, please report all bugs you encounter)
• optional BettIR config in the optional folder of the download or here: https://steamcommunity.com/sharedfiles/filedetails/?id=2271191070

Known issues
• The magazines sit too low on the SR-16. This is to avoid clipping with the bolt.
• Only the light cone is showing on the SAW laser/light combos, not the light point. No idea how to fix that...
• Pistol magazines won’t show up if the pistol is holstered. That will be fixed when the next A3 update comes and mod authors add the “showHandgunMagProxy = 1;” to their configs.
• The CBA scopes do not work well with 32/9 screen ratios. You can use the additional config: https://steamcommunity.com/sharedfiles/filedetails/?id=2381335602
Please report all bug you find.

Future plans
• To be announced...

Credits
Along with these talented creators I have some other people to thank:
• the RHS team for their outstanding work and the framework for this mod
• Toadie, Spartan0536 and Navaro for their great add-ons and their kindness to make them open source
• and to Bohemia Interactive for a great game and their continued support.

Fingolfin_A3  [author] 21 hours ago
@Nidonreb: It is not just the rail, the Noveske rifle in the Kabul pictures is a completely new rifle for DEVGRU and has nothing to do with the HK416 (it is more an AR-15). So far, no models are available anywhere for this weapon, so don’t count on it being included anytime soon (if at all).

@NT: It all depends on what MCX models become available on CGTrader in the next weeks/months. If I can get the models for those versions, sure.

@TierNONE: Probably a compatibility issue with another mod. Please try with CBA, RHS and Tier One only. Haven’t heard from anyone else about this problem.

Nidonreb Feb 26 @ 5:32am
Noveske rail for HK416s would be one hell of a thing, you have the kabul hospital attacks for a quick reference pic! Once again, thanks for your work to the community

TierNONE Feb 22 @ 10:08pm
A buddy and I use this, we can’t hear each other’s gunshots or see each other’s lasers. Any idea what would cause that? Only happens with these weapons, both running all the same mods.

Will take a look at the MCX stock.

@EliotXII: The SDO is a bit out of the scope of this mod. And I haven't seen a good model for purchase anywhere so far.

مضحك جدا , مثير لل Feb 20 @ 7:22am
Also the MCX stocks seem a little too retracted/short on most characters

مضحك جدا , مثير لل Feb 20 @ 6:37am
The harris bipod seems a little too thick/big compared to other mods