Store Page
Kenshi>  Workshop > CreatorGalaxy's Workshop
This item has been removed from the community because it violates Steam Community & Content Guidelines. It is only visible to you. If you believe your item has been removed by mistake, please contact Steam Support.
This item is incompatible with Kenshi. Please see the instructions page for reasons why this item might not work within Kenshi.
Current visibility: Hidden
This item will only be visible to you, admins, and anyone marked as a creator.
Current visibility: Friends-only
This item will only be visible in searches to you, your friends, and admins. 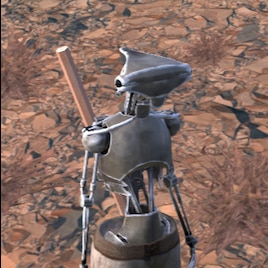 CreatorGalaxy
Online
See all 109 collections (some may be hidden)

This item has been added to your Subscriptions. Some games will require you to relaunch them before the item will be downloaded.
Description
This mod adds skeleton versions of all hive subraces. It's a beta version of mod for now.

For now the only (not only secretly...) way, to get this hivers is to start a game with them.

Would be glad if someone will make necessary patches for this, because I don't have time and knowledge to patch it.

One of mods that actually implemented them in game: https://steamcommunity.com/sharedfiles/filedetails/?id=2142406806
Popular Discussions View All (1)

Compatibility and integration with other mods
Joseph
< >
123 Comments

NickSheperd Apr 10 @ 4:45am
Has there any fix for the combat animation problem?

Grabbles Mar 30 @ 3:51am
I have similar attack animation problems, they don't attack

Danny Mar 22 @ 12:21am
i've got issues with attack animations from different mods that add weapons, like Weapon dissemination or Genesis. scratch that tried it again, every weapon has an issue with animations. he attacks, but there's no animation, and he gets hit a lot since he cant block

Void of Productivity Mar 20 @ 7:18pm
Yes, the one true cyberbeep shall be born!

GrandMoffTarkin Mar 14 @ 6:19pm
OMG these are so adorable! Beep is going to love his new buddies!

EnumaEllis Feb 22 @ 4:35am
Any chance you will add a Hive Praetorian variant in a seperate mod?

CreatorGalaxy  [author] Jan 1 @ 1:48pm
@dragon0333 yes, same as skeletons. Actually disabled this because overlay textures of all shitrs are broken and hive shirts probably will be still unusable without patch.