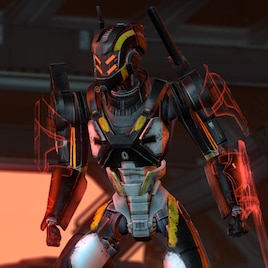 Kally
Offline
See all 1572 collections (some may be hidden)

This item has been added to your Subscriptions. Some games will require you to relaunch them before the item will be downloaded.
Description
THESE ARE RAGDOLLS AND PROPS.

This pack is a collection of all of the Cerberus characters from Mass Effect 3 that have been missed out from other packs or added to the game since they were released. Contains the Centurion, Dragoon, and Rampart Mech as well as the Cerberus portable barrier, generator, and shield pylon.

The Centurion's chest thing is bodygrouped, the Rampart Mech's armor is bodygrouped so you can turn it back into a normal Loki mech, and the 'eyes' can be changed.

The defences have various bodygroups such as the barrier can be folded and turned on/off, and the generators have skins for varying states of damage and for turning them on/off.

Maps used in the screenshots are nt_ridgeline and gm_black.
< >
44 Comments