Store Page
Crusader Kings III >  Workshop > kurthakon's Workshop
This item has been removed from the community because it violates Steam Community & Content Guidelines. It is only visible to you. If you believe your item has been removed by mistake, please contact Steam Support.
This item is incompatible with Crusader Kings III. Please see the instructions page for reasons why this item might not work within Crusader Kings III.
Current visibility: Hidden
This item will only be visible to you, admins, and anyone marked as a creator.
Current visibility: Friends-only
This item will only be visible in searches to you, your friends, and admins. 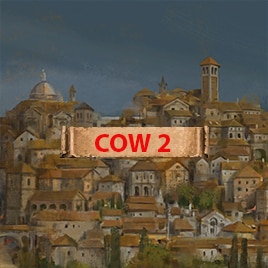 kurthakon
Offline
See all 737 collections (some may be hidden)

This item has been added to your Subscriptions. Some games will require you to relaunch them before the item will be downloaded.
Description
Kurthakon the creator of this mod has passed away in real life.
To honor his memory please continue his legacy and please credit him, from his sister.


This mod is a conceptual sequel to my CK2 mod, Cities of Wonders, which added a type of city-wonder which allowed you to build multiple wonders into one province. Currently, this mod adds a new type of player-holdable hybrid holding, Metropolis, which is supposed to represent the greatest cities of the medieval world while maintaining the defensive capabilities of castles. There's a multiple of buildings to represent the wonders in some of the added Metropolises.

Cities of Wonders 2.0 (COW2)
CK3 is finally here. Wohoo! In excitement we pan the map and turn our love-struck eyes towards the great cities of the medieval world. But, what do we see there? We recoil in horror of what lies in Constantinople, Baghdad and Cordoba. Castles. The great cities represented as castles. What nightmare is this?

This cannot be. Sure, they are very well-developed castles, but a castle is a castle no matter how shiny it is. So, with flick of a wand we turn a castle into a Metropolis, and all is well in the world once again.

Feature List
If you have an existing save game that you want to use with COW2, there are three decisions that can help you:

Separate province history files have been made to add Metropolises, so it should in theory be compatible with many of the mods that alter the province files. Only total conversions or map overhauls would cause any issues in theory.

Convert Holdings fork, which allows you to convert any holding to castle, temple or city.

Fix for the education effect provided by universities: COW2-University Fix

A .zip file for direct download can be found attached to my thread at the Paradox Forums[forum.paradoxplaza.com]

Bug Reports & Feedback
Please leave a post in the discussion forum if you discover a bug, or have any suggestions on any improvements I could make. Any questions about the mod should also be put in the appropiate thread. If you want answers from me, you should use the discussion forum since I no longer get any notifications from the comment section.

If a save game you have used COW2 with is loaded without COW2 properly enabled, the Metropolis holdings will disappear, and there will be a glitched no-holding in their place. The only conventional fix for this is to revert to an earlier save while making sure that COW2 is actually enabled. More in the Known Issues section.

Credits
For the holding conversion feature directly in the holding interface, all credits go to Lrds for graciously allowing me to integrate Flexible Holding Types.
(Currently disabled).
Popular Discussions View All (5)

Based Prozac Merchant Jun 11 @ 2:34am
Rest easy, we still miss you brother.