Store Page
Super XYX > Guides > weakboson's Guides
This item has been removed from the community because it violates Steam Community & Content Guidelines. It is only visible to you. If you believe your item has been removed by mistake, please contact Steam Support.
This item is incompatible with Super XYX. Please see the instructions page for reasons why this item might not work within Super XYX.
Current visibility: Hidden
This item will only be visible to you, admins, and anyone marked as a creator.
Current visibility: Friends-only
This item will only be visible in searches to you, your friends, and admins.

Super XYX general guide
By weakboson
This is just a little guide to collect some info on the game, including basic elements, unlockables and scoring mechanics. 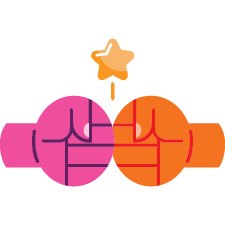 This is just a little guide to collect some info on the game that I have. Feel free to suggest edits and provide more details!

Ship behaviour and power-ups: Each ship has its own unique attack which is performed by pressing the shot button. You can use the focus button to slow your movement, but this does not change the attack. Your attack power can be increased by collecting power-ups marked “P”. Dying reduces your attack power by one level.

There is also a power up with a green square which will add two (max four) options to your side of your ship. You can change the fire pattern of the options using the designated key (this is particularly helpful if you want to shoot to the side or bellow you).

Each ship also has a bomb attack. This will clear the screen, deal a little damage to everything while also making you invincible for the duration. The timings of these various functions vary between ships so make sure to get comfortable with the one you're using.

If you go to the stage select screen you can relax and look at each ship's attacks at each power-up stage as well as their bomb!

Lives and bombs: Extra lives are awarded for reaching 2.5, 5.5, 8.5 and 12 million points. You are awarded an extra bomb after each level, up to a maximum of 9.

Difficulty settings: In the “more options” tab in the options menu is an option to set the difficulty as “challenging” or “standard”. In challenging mode, enemies have a bit more health and shoot more bullets more frequently. Each setting has different leaderboards so there's no harm in switching to standard while you learn the game and unlock features.

Green Knight & Helltiger. These are the two ships that are initially unlocked. Green Knight's spread shot makes him easier to use, but Helltiger's concentrated straight shot does work where it counts.

Blue Fox and Yellow Jacket: These two are terrible! Consider them extra difficulty settings. They do have piercing attacks, though, which makes short work of certain multi-part bosses.

Bunny ship: This ship has low damage output which can make for some stressful moments, but the perfect homing abilities make up for that. It's great for exploiting safe spots and just generally making the most of your space.

Cobra: This is the final unlockable ship and the best for survival. It does about as much damage as Helltiger head-on, while still having somewhat of a spread shot like the Green Knight, and to top it all off you even have homing missiles for those hard to reach guys.

The Gauntlet is a whistle stop tour of enemies and hazards from stages 1,2,3 and 5, including an original boss and several sub-bosses.

During the Gauntlet you are given a new stock of lives, distinguished by the non-character specific graphic “B”; dying in this stage does not deplete your real stock of lives. If you lose all your “B”-lives in the Gauntlet you will simply resume the normal game at the start of stage 4. You will get an extra “B”-life after defeating each of the sub-bosses in the gauntlet.

If you complete the Gauntlet and then proceed through the rest of the game, completing stage 6, you will be treated to a secret final stage called “?????” which contains the true last boss of the game.

I recommend skipping the Gauntlet stage (by avoiding the “?” power up) while going for your first clear since, although you wont lose any lives, dying will cause you're ship to lose power, which will make things harder.

You can unlock additional credits, player ships and gameplay modes. Unlocks are gated based on the number of game completions on any mode. For example, completing the game for the first time will unlock the boss rush mode and the first unlockable ship. You can then just bash out a handful of boss-rush mode clears to unlock everything else. The unlockable modes are:

Boss rush mode (does not include the gauntlet bosses or the TLB)
Gauntlet mode (lets you play the gauntlet stage on its own – good for practice)
Super Arcade mode (three new long and challenging stages!)
GZR mode (a modifier on other modes that makes it so that dying sends you back to a checkpoint – all other modes are compatible)

The fundamentals of scoring are straightforward: enemies drop gold upon death. You can increase the amount of gold they drop by increasing your chain meter, which is achieved by simply by hitting enemies with your attack. Most of the points you get come from the end of stage bonus, which is larger if you have a higher chain and more gold.

One thing worth noting is that while only shooting enemies will increase the chain, you can maintain it by collecting gold.

There is also a large bonus (0.5 million) available for clearing a stage without dying, which increases with each successive stage you no miss. You can double this by pressing the shot button when the "success", "x2" "x3" etc prompt appears.

Let's talk in more detail about how to get the most gold from enemies. During a stage you will see enemies drop more and more gold as your chain increases, eg, starting at 0 then increasing to 2, 4 and maybe 8 pieces. What is perhaps not so obvious is that enemies not in the stage are also affected.

Each enemy will drop a certain amount of gold on death, which is increased once you achieve certain combo thresholds. The bonus only resets when you die: you don't need to maintain the chain to recieve this bonus, and it persists across stages. The max threshold is acheived at a x1000 combo.


The tl;dr is that the single most important thing for scoring is not dying. Not only does does dying ruin your no-miss bonus streak, but it also dramatically reduces the amount of gold you end the stage with AND how much you will earn in the subsequent ones.

Special thanks to steam user UBO for providing missing details in the comments!
< >
5 Comments

weakboson  [author] Aug 28, 2020 @ 4:07am
Brilliant info, thanks! I'll edit the guide so it's at least correct. Though it sounds like your wiki article will be the definitive resource once it's done :)

UBO Aug 28, 2020 @ 3:30am
So... I've covered how medals work, how medal values work, how combo works, how max combo works, the extend scores, the extra bombs, the lives remaining bonus. You can milk the Gauntlet boss (which is the only thing you didn't do on your crazy Standard 69m run), we used to be able to milk the Exhalted until I told the dev and it got patched out :(
You've covered everything else. I'm working on the shmups.wiki article for this game, I've collected all this info from experience and experimentation as well as conversations with the devs to get exact values (You might see my name on the credits :D).

You receive an extra bomb at the end of every level and you cap your bombs at 9. There's no penalty to using bombs so you can use 1 or 2 per level, route with it if needed.

There's also the No Miss Bonus which is basically:
500,000*Amount of stages no missed in chain*Special x2 Bonus if you press "confirm" after the "success" "x2" "x3" prompt comes on screen at the end of a level.

UBO Aug 28, 2020 @ 3:29am
I have the exact values for everything in the game. You're on the right path to understand the scoring mechanics.

Every enemy has a determined medal value, or amount of medals they can give you.
Your combo level works as a multiplier for that score so combo levels are

Combo Multiplier Value (Combo x Medal Value, CMV from now on) plateaus at max level which means that getting combo values above 1000 in a level is extremely important in order to get the most lucrative amount of points. This value carries over from stage to stage. When it comes to medal spawns, it just looks if it's divisible by 1/5/10. This is what you refer as "making stage 2 tanks leave 4 medals instead of 2".

You have a combo timeout which will be reset everytime you either get a hit on an enemy or with a medal pickup. Combo timeout is at 80frames/steps. It resets to 0, so like 1 and 1/3 seconds.
< >