Store Page
RimWorld>  Workshop > balistafreak's Workshop
This item has been removed from the community because it violates Steam Community & Content Guidelines. It is only visible to you. If you believe your item has been removed by mistake, please contact Steam Support.
This item is incompatible with RimWorld. Please see the instructions page for reasons why this item might not work within RimWorld.
Current visibility: Hidden
This item will only be visible to you, admins, and anyone marked as a creator.
Current visibility: Friends-only
This item will only be visible in searches to you, your friends, and admins. 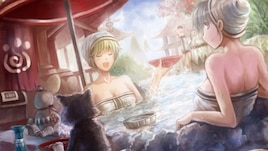 balistafreak
Offline
See all 1855 collections (some may be hidden)

This item has been added to your Subscriptions. Some games will require you to relaunch them before the item will be downloaded.
Description
Changelog
5 Jul 2021: 1.3 compatibility tenatively functional, will declare as 'definitely' once other players have more extensively used it. Many thanks to Ogliss and Wiri for their assistance with the details of the 1.2->1.3 transition!
30 Aug 2020: Chinese (Simplified and Traditional) localizations added, thanks to RicoFox223@边缘汉化组 and leafzxg@边缘汉化组!
25 Aug 2020: Russian localization added, thanks to Tkhakiro!
22 Aug 2020: Hot spring texture improved, now works with Stuff thanks to Vincent_Wolfgang!

What this mod does
Make use of those steam geysers dotting the map for more than mere electric power! With a great deal of clever excavation deep underground, the groundwater that fuels a steam geyser can be brought gushing to the surface. A large amount of stone blocks are used to stabilize the shifted earth and form a clean, abiotic vessel in the ground, pooling the pure, steaming water into a luxurious hot spring.

This gorgeous all-natural bath will be automatically used by pawns as a potent source of meditative joy, and is capable of hosting up to six pawns at once.

It is of special interest to sick and/or injured colonists; the soothing heat and therapeutic trace minerals within the hot spring's waters greatly accelerate recovery from injury and illness. Colonists capable of movement can maximize their uptime on the hot spring's positive hediff by being manually directed to use it once per day, hastening their return to health as soon as possible.

Hard numbers
Too long for Steam.[pastebin.com]

How will this mod affect my gameplay?
This mod allows pre-electricity colonies to benefit from steam geysers with a non-trivial investment of 500 stony material and several days' worth of construction labor. It encourages building facilities directly around it, as it is useful for both recreation (pawns using it in an impressive room will gain an impressive rec room positive mood) and for injury/illness recovery (recovering pawns should be kept near it to minimize walking time to and from it).

Colonies that have electricity must 'sacrifice' a potential geothermal generator, as steam geysers are a limited resource. You will need to find alternative sources of power.

The Blood filtration buff is rather modest, equivalent to only 16% of a kidney. It will rarely be the most important factor in immunity gain.

The Natural healing factor increase is very strong, as the only other (non-mod) source of increase is an implant locked behind a techprint. If this bothers you, you can easily reduce the hediff's strength or remove the effect altogether by editing the HediffDefs in the .xml.

Tested With
While this mod's code was based on the hot spring from ssulunge's Kijin Race 2.0 mod, everything in the backend was renamed and recategorized properly to ensure that the mods should not conflict on a compatibility level.

Mod order seems to be irrelevant as long as it comes after Core/Royalty.

The original art for the hot spring was drawn by Lumi MercuryDoll. It was further modified, enhanced, and given a stuff-mask by the talented Vincent_Wolfgang.

About and Acknowledgments
Please let me know in the comments section if you encounter any problems with this mod. I have little experience with game modding, so any comments, feedback, and/or coding/implementation pointers are greatly appreciated.

If you would like to show your support, please consider donating to my Ko-fi page[ko-fi.com]. Every penny I receive means I can spend less time on other work and more time on realizing mod ideas such as this one.

If you're a fellow Rimworld modder, please do your part for inter-mod soft compatibility by making your mod's buildings Stuffable, as opposed to requiring exactly Steel or WoodLogs.

A very big thanks to:
ssulunge for creating the Kijin Race mod in the first place. His original C# code forms the basis of this mod's code; without it, I never would have even considered undertaking this project.

"Wiri" (from the Rimworld discord) for taking me by the hand and teaching me about .dll decompilers, Visual Studio, and Rimworld in C# code far above and beyond what a static tutorial ever could.

dninemfive for having written the Plague Gun tutorial in the first place, encouraging me to step into the world of C# properly, and for continuing to assist me with Rimworld code screwups beyond it.

Vincent_Wolfgang for taking the fate of my ugly texture into his own two hands. He improved the original bootleg texture's linework, greyscaled the rocks to work with a stuff-mask, and made said stuff-mask almost entirely on his own initiative.

erdelf, Garthor, Jamaican Castle, Ogliss, and "Yap"/Mic for offering further code-related pointers, as well as for discussing balance and implementation with me.

balistafreak  [author] Nov 12 @ 6:08am
So I finally came back to this after work finished up.

When I personally tested this with CTFO and Achtung (no other content mods!) it worked perfectly fine.

I don't know if CTFO or Achtung or the base game or WHAT fixed itself...

If someone else is still having the below issues I'd like to hear about it.

Wulfaskr Oct 10 @ 3:15pm
I think there is definitely something weird going on with the combination of Achtung, Chill the F*** Out, and this mod. Narrowing stuff down is hell in my 330ish mods, but through looking at errors and adding/removing mods I has the following results:

Achtung+Hotsprings: pawns wont do recreation. at all. even with multiple types available and entire schedule set to recreation.

Achtung+F***: no error, pawns will recreate normally and can be forced with right click.

Random thought as I post this: I wonder if the references to a 'bath' is incompatibility with DubsBadHygine?

Oubliette Sep 12 @ 10:59am
I'm glad the info was helpful in confirming the problem.

balistafreak  [author] Sep 12 @ 9:49am
I'll have to ask about exactly what the issue is; I am not an accomplished coder. I suspect it has something to do with too many custom "open on right click" C# code fragments fighting for dominance—Achtung, CTFO, **AND** this mod's own (to make sure you can use the hot spring manually even without either of the previous two).

In any case, thanks for the debugging efforts. I can't promise a fix ASAP, because work is kicking my ass, but I'll be on it as soon as I can.

Oubliette Sep 11 @ 6:57pm
CFTO+Achtung is the only one I'm super sure on. I suspect the other mods that Achtung threw up warnings about, mostly the rest of Captain Muscles F** series, but I'm not sure and I've overwritten my clipboard many times since then so I don't have the error handy. One of the Vanilla Enhanced mods was on the list iirc but damned if I can remember which, I have pretty much all of them.

After I confirmed they the F** series works with Achtung it was an addition game from there and Hot Spring ended up at my 253th addition during my testing, about half my current mod list. It's not an error you'd be able to find without a massive mod list, unless you're super unlucky.

balistafreak  [author] Sep 10 @ 4:32pm
Huh, now that is the first solid concrete incompatibility I've seen. I wonder exactly what the problem is... Does just CTFO cause a problem with Hot Springs?

Oubliette Sep 8 @ 12:34pm
Oh and I have no idea why these three mods don't work together or why the error occurs, just a vague recollection of seeing a post somewhere while I was searching for a solution that suggested if it wasn't Achtung, then it might be a mod that messes with joy objects. Surely enough when I finally narrowed it down to a handful of mods, it was the mod that added a joy object. Maybe that helps but it's ancient R'lyehian to me.

Oubliette Sep 8 @ 12:08pm
It works fine with Achtung alone, but if you have it Achtung AND any of Captain Muscles mods it doesn't. The problem is a three way split, you need at least two elements to cause the error.

Here's a current mod list but I've already removed hot springs. Everything is working but if you take that list and throw hot springs on top you'll definitely not be able to right click. Or you can just add Achtung + CTFO and this and you'll get it too, the other 300+ mods just highlight that this doesn't seem to conflict with anything else in the same way. https://www.dropbox.com/s/2og96cbt3cpr2ze/9.08.xml?dl=0

Please post an export of your modlist. Turtleshroom's problem was bizarre and seemingly idiosyncratic only to his version.

I'm literally running Achtung right now and it works just fine with this mod, as are three other people I know personally (running Achtung on my recommendation, even). So I'm frankly still at a loss as to what common thread there is to this "right click functionality breaks" problem.

Oubliette Sep 7 @ 9:22am
Gotta agree with Turtleshroom. Been testing all long weekend to find out what completely ruined my ability to force pawns to do things and if this mod is loaded, Achtung and all of Captain Muscles mods do not work and right click is disabled. Tested all weekend, so many long loads... This mod is definitely the culprit.
< >