Store Page
RimWorld >  Workshop > lbmaian's Workshop
This item has been removed from the community because it violates Steam Community & Content Guidelines. It is only visible to you. If you believe your item has been removed by mistake, please contact Steam Support.
This item is incompatible with RimWorld. Please see the instructions page for reasons why this item might not work within RimWorld.
Current visibility: Hidden
This item will only be visible to you, admins, and anyone marked as a creator.
Current visibility: Friends-only
This item will only be visible in searches to you, your friends, and admins. 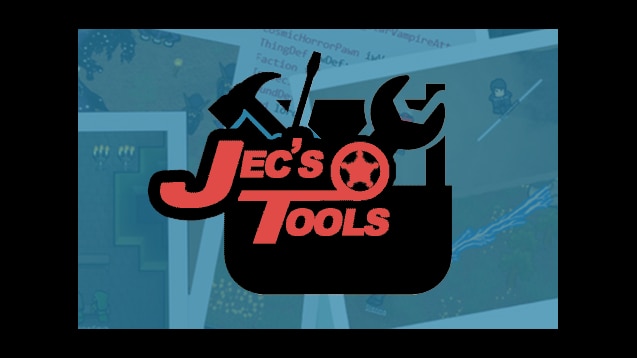 lbmaian
Offline
See all 7741 collections (some may be hidden)

This item has been added to your Subscriptions. Some games will require you to relaunch them before the item will be downloaded.
Description
IMPORTANT
Official JecsTools is back! I'll keep this unofficial version around and in sync with the official version to avoid breaking existing users of this mod. You should unsubscribe from this version (note: as long as this and the official versions are in sync, you can be subscribed to both the unofficial and official versions, but you will get a warning about duplicate packageId, since packageId was not changed for mod compatibility reasons).

If you're still having issues, please post HugsLib logs if you want help - ensure HugsLib is installed and enabled, and when the issue occurs in-game, Ctrl+F12, upload log, and then paste resulting URL in the comments. This provides me with more context (including what mods are installed and their load order) to help debug the issue.

Legacy Warning
I consider this a legacy framework that I'm maintaining for other mods that depend on it. I do not recommend new usage of this framework.

As I'm not familiar with other frameworks, I can't really recommend alternatives for every feature in JecsTools. That said, here are some specific alternatives suggested by others in the comments:

Description
This is an unofficial version of JecsTools that as of 07-24-2021 is in sync with the official version (previously, this version provided various improvements and RimWorld 1.2+ support). I will not guarantee active support of this, and this version may be taken down upon request by Jecrell.

The official version of JecsTools is at:
Steam: https://steamcommunity.com/sharedfiles/filedetails/?id=932008009
GitHub: https://github.com/jecrell/JecsTools

Note to players: This mod will not change your game, but rather it lets modders do more, so you can have an even more amazing RimWorld experience.

Note to modders: This mod is filled with lots of tools that allow you to do many new and different things in RimWorld. Check out RoxxPloxx's guide for more info here: https://github.com/roxxploxx/RimWorldModGuide/wiki

CompDeflector
- Allows the ability to knock projectiles to melee weapons.

CompOversizedWeapon
- Allows weapons with graphic sizes that can be bigger than RimWorld's limits.

CompSlotLoadable
- Adds slots to objects that can be filled to have effects. (e.g. different ammo types for guns, crystals for lightsabers)

CompToggleDef (by Roxxploxx)
- Allows for something to despawn, change its def, and respawn.

CompInstalledPart (WIP)
- Allows installation and uninstallation of things onto other things. This is particularly useful for weapons on vehicles.

Additions by ChJees
Additions by roxxploxx
Additions by Swenzi
Additions and transpilers by Erdelf
Extensive hours of testing, debugging, and fixes by Xen
Improvements by lbmaian
"Hey, should we make this into a public toolset for people to take advantage of all this cool stuff?" - Jecrell
"Hell yes - this is awesome stuff - people will love it!" - Xen

aZavar.Kul Jun 28 @ 9:39am
some items with chinese descriptions

⎛⎝Akro⎠⎞ Mar 8 @ 6:16am
You unlisted it...Finally I figure out why I fail to add some mods to collection...

Sorry, I unlisted this to avoid new users, so that they subscribe to the official version. It does make it harder to unsubscribe from this mod. I think there's still a link from the official JecsTools page comments section to here.

Blazerik Oct 26, 2021 @ 5:17am
man this mod was so hard to find so that I could unsub and get rid of needless packageid error. Ended up having to go through 100 pages of subscribed mods to find it because it wouldn't show up on normal searches and the about,xml linked me to harmony instead

lbmaian  [author] Aug 28, 2021 @ 9:49pm
Yes, you should switch over to the official one now. They're currently the exact same from RW's perspective (same packageId and same version).