Store Page
Hearts of Iron IV >  Workshop > ♫ Tadpole ♫'s Workshop
This item has been removed from the community because it violates Steam Community & Content Guidelines. It is only visible to you. If you believe your item has been removed by mistake, please contact Steam Support.
This item is incompatible with Hearts of Iron IV. Please see the instructions page for reasons why this item might not work within Hearts of Iron IV.
Current visibility: Hidden
This item will only be visible to you, admins, and anyone marked as a creator.
Current visibility: Friends-only
This item will only be visible in searches to you, your friends, and admins. 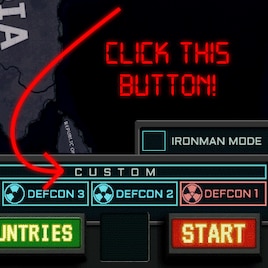 Franklin D. Roosevelt
Offline
See all 227 collections (some may be hidden)

This item has been added to your Subscriptions. Some games will require you to relaunch them before the item will be downloaded.
Description
NOTICE: This submod has moved to a new workshop page at this link and has been updated for v1.2.1a https://steamcommunity.com/sharedfiles/filedetails/?id=2738949889
This workshop page will no longer be updated.
(Updated to TNO version v1.2.1 - “Toolbox Theory NSB Patch”)

Introduction
We, like many others, had been waiting quite some time for someone to step forth and develop a Custom Country Paths mod for The New Order, to no avail. So we decided to make it ourselves.

It just makes sense; the path that one nation takes, especially when interacting with others, has the potential to greatly change the shape of the entire world, and in fact, some nations might entirely depend on it to determine whether they have a prosperous ending, or one where they royally screw themselves over.

We're generally not fans of RNG-driven gameplay elements, so the whole idea of the potential fate of the game's world being completely up to random chance doesn't sit well with us.

Not to forget mentioning how TNO is a very narrative-heavy mod, where the paths different countries can take and how they interact with each other will drastically change the course of the mod's story. We think it's only fair that the player should have some control over what direction the story takes, if not only for roleplay's sake.

How the mod came to be
It all started when nobody seemed willing to develop such a mod, so Tadpole decided to step forth and pick up the mantle.

Sadly, she didn’t consider herself the best person to handle the development of such a colossal mod - she doesn’t consider her programming and code-reading skills to be very good, but she still felt it was better to submit what little she could manage to accomplish and have people enjoy it rather than hold onto it and not share it with the rest of the community.

Whilst she could never personally bring herself to play as any other nation than Buryatia and the Siberian Black Army because they were her favorite nations to play and couldn’t fathom the idea of them being driven down the gutter by random chance and the AI’s stupidity, having a way to ensure her favorite nation’s paths remained blessed put her at ease whilst playing other countries.
We don’t doubt that there may be other people who feel the same way.

Do you think you could provide assistance with the mod’s development? This submod now has a Discord where you can submit and discuss your own Custom Country Paths and maybe even become a long-term mod contributor yourself! Click here to access the server![discord.com]

Following the mod’s open source nature, it has its own GitHub repository. It will likely be updated more frequently than the Workshop version. Feel free to download the mod from there, here![github.com]

달고나 Mar 4 @ 7:39am
It seems that the Komi Republic route setting is not working properly.

Best Wizard  [author] Feb 1 @ 8:14am
The original creator of this mod no longer wants to maintain this and has allowed me to make a new workshop page so I can bring updates to it. The mod on the new workshop page has been updated for v1.2.1a and has new game rules. Link at the top of the mod description and here https://steamcommunity.com/sharedfiles/filedetails/?id=2738949889

VelvetGoat Jan 31 @ 4:37pm
another thing I noticed is alot of the time the divine mandate will never even form.

VelvetGoat Jan 31 @ 6:47am
Okay so I ran the thing with the custom paths off last night it went three more years ahead before it crashed but when ive started it again its fine so i think its customs thats been causing the loading crashes.

Best Wizard  [author] Jan 30 @ 8:29pm
There doesn't seem to be too much changes in the latest tno update. So I say it wouldn't cause as much issue as any other tno update. But it will be checked and the mod files will be updated if necessary later.

Best Wizard  [author] Jan 29 @ 4:18am
Unless your adamant it only occurs with this mod on and you have tested it without the submod, I would regard crashes as a base tno issue.

Abba's Corn Adventure Jan 29 @ 2:53am
Get the Github version