Store Page
ARK: Survival Evolved>  Workshop > Finntastic's Workshop
This item has been removed from the community because it violates Steam Community & Content Guidelines. It is only visible to you. If you believe your item has been removed by mistake, please contact Steam Support.
This item is incompatible with ARK: Survival Evolved. Please see the instructions page for reasons why this item might not work within ARK: Survival Evolved.
Current visibility: Hidden
This item will only be visible to you, admins, and anyone marked as a creator.
Current visibility: Friends-only
This item will only be visible in searches to you, your friends, and admins. 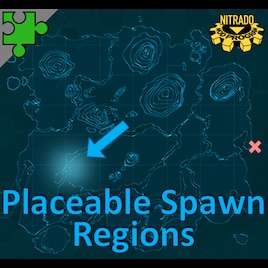 This item has been added to your Subscriptions. Some games will require you to relaunch them before the item will be downloaded.
In 1 collection by Finntastic
Play As Dino Collection

3 items
Description
100% stackable and compatible with all maps!

How To Use:
As an admin you can create a new spawn region by placing down the Player Start Structure (admincheat giveitem "/Game/Mods/SpawnsMod/PrimalItem_PlayerStart.PrimalItem_PlayerStart" 1 0 0 false), which can be placed anywhere on the map. Don\'t worry the blue orb is only visible for admins. After placing the structure press E to bring up the setup menu, here you can choose the name of the spawn region. To add multiple spawn points to the same spawn region you can place new structures with the same name. In the setup menu you can see the index of the spawn region and how many spawn points are in there. When a player selects a region it will spawn randomly at one of the belonging spawn points. In the setup menu you also have the option to remove the spawn point or the entire region.

By pressing Ctrl+F5 an admin can bring up a menu with an overview of all spawn regions and points. You can also bring this menu up by a console command (admincheat ScriptCommand ShowSpawnsAdminMenu). From the dropboxes you can select a region and a specific spawn point to view its location on the map, remove it or teleport to the spawn point. If you disable default spawn regions, they won\'t show in the spawn menu.


Upcoming features:
-Let me know what features you would like to see being added

Known issues:
-Let me know about any issues/bugs

This mod is sponsored by Nitrado: 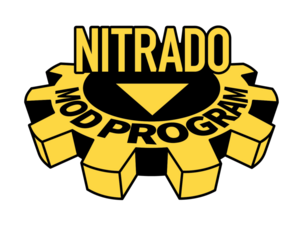 This mod/code/work is protected by the Attribution-NonCommercial-NoDerivatives 4.0 International Creative Commons License.]

Associate a spawn with a tribe
Agonos
< >
68 Comments

SardonicPhoenix Jan 28 @ 3:42am
I am admin, but I use Jack and Jill, that edits the character.

Finntastic  [author] Jan 27 @ 1:41am
For people having issue bringing up the spawn menu. Make sure you are an admin and allowed to cheat. Relogging into the server or respawning might fix the issue as well.

If the problems continue there might be a conflict with input from other mods. Let me know if I you use any mods that override the player pawn or also use console commands

Gondaril Dec 29, 2020 @ 4:23pm
Anyone else having issues lately with not being able to see previously placed spawn points? Also, Ctrl+F5 isn't doing anything for me. Please help.

Kane Nov 27, 2020 @ 9:14pm
Wild dinos target the admin sphere. Slecificly, the dods from the bombdo mod. The spere is invible to other players tho.

Petkan Nov 6, 2020 @ 6:09am
I got stuck when i place the spawn orb and click on configurate spawn i got stuck on the screen and need to reconect so i quit the mod but i will give one more try hoping it will work. I will let you know.