Greenlight > Games > leapdriveonline's Workshop
Greenlight is being retired. For more information on how to submit games to steam, refer to this blog post.
This item has been removed from the community because it violates Steam Community & Content Guidelines. It is only visible to you. If you believe your item has been removed by mistake, please contact Steam Support.
This item is incompatible with Greenlight. Please see the instructions page for reasons why this item might not work within Greenlight.
Current visibility: Hidden
This item will only be visible to you, admins, and anyone marked as a creator.
Current visibility: Friends-only
This item will only be visible in searches to you, your friends, and admins.
LeapDriveOnline
Description Discussions0 Announcements2 Comments95 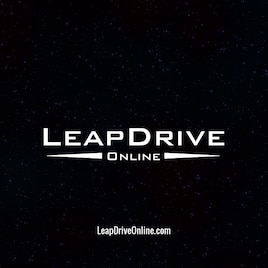 A few late nights and a little research and I'm improved LeapDrive Online's rendered pretty significantly and learned a few WebGL tricks to boot. Nothing revolutionary, I just added normal mapping to the base mesh, but it has a pretty significant payoff in the qualty. Still a little room left in the webgl pixel shader before it starts to complain - I'll probably add emisive maps next so that I can have things like glowing ship windows and "lava" asteroids. Next up is to update the login system a little and to add a little more variety to the cell generation. I've added an new image that shows the rendering improvements.

A few people asked to see some of the numbers behind the game. The player can have one of 12 different ship types. Ships are a linear progression - which means that getting the next level ship is always the correct choice. Specialization (for example making a choice between a fast ship with low shields and a slow ship with high shields) comes from your system loadout.

The Maelstrom
The Maelstrom is composed of thousands of inhabitable pockets (called Cells), where ships are protected from the radiation emitted by The Core of The Maelstrom. Each trip into The Maelstrom consists of exploring a Path of cells through Portals that connect them to adjacent Cells. A few of these cells contain a special spatial structure called a Beacon. Once you have found a Beacon, your ship's leap drive can lock onto it and add it to your library. At this point your ship can begin a new trip from that Cell. As you explore the Maelstrom you'll discover more Beacons and be able work your way to the core of The Maelstrom.

Your ship and crew
As you venture deeper into The Maelstrom, the ships and challenges you face will increase in difficulty. LeapDriveOnline has a rich ship construction system that will let you research, customize and improve your ship over time. Different ship hulls contain bays for hardpoints, system and factory components. No ship is complete without her crew, and your crew will grow in experience over time. You can also loan members of your crew to other players to help them and increase your own crew’s experience.

Social exploration
Social Exploration is the concept of combining procedurally generated content with modern social tools to share a unique world among a community of players. Every few months a new Maelstrom is procedurally generated on the server. The path to the core, the location of artifacts, enemies, and beacon cells are all unique for that instance, but the same for everyone playing that instance. LeapDriveOnline has a set of built in tools for sharing and tracking each players trips into the Maelstrom, and those paths can be shared however the player wishes. To encourage sharing and to help build an economy of exploration, if another player follows a path that you have published, then you will receive a fuel bonus - which will allow you to make even more trips into the Maelstrom.
< >
95 Comments