Store Page
RimWorld>  Workshop > Ashilstraza's Workshop
This item has been removed from the community because it violates Steam Community & Content Guidelines. It is only visible to you. If you believe your item has been removed by mistake, please contact Steam Support.
This item is incompatible with RimWorld. Please see the instructions page for reasons why this item might not work within RimWorld.
Current visibility: Hidden
This item will only be visible to you, admins, and anyone marked as a creator.
Current visibility: Friends-only
This item will only be visible in searches to you, your friends, and admins. 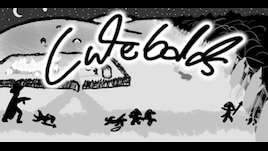 Ashilstraza
Offline
See all 21 collections (some may be hidden)

This item has been added to your Subscriptions. Some games will require you to relaunch them before the item will be downloaded.
Description
Race Description
Cutebolds are a race of adorable, cute little creatures descended from kobolds. The little 'bolds are content to dig, garden, and otherwise enjoy life in their separate tribes. They do not care much about outsiders and try their best to avoid confrontation, but out here on the rim, there is no such thing as peace.

Cutebolds love to dig; it is in their DNA! Having evolved from your typical kobold, they enjoy all sorts of digging and are able to get more resources out of the minerals they mine. They also have come to love working their gardens; it contains some digging after all! Their small hands allow them to be extra careful with harvesting and can get that little bit extra from their plants in doing so. Cutebolds are also resilient to both psychic events along with having a good bit of resistance to toxicity.

Just do not expect these little 'bolds to be overly fast at making building, they are rather quite short after all. Along with being short, they just cannot carry as much as a human could due to their strength. Additionally they are a simple race; their ability to research is not the best and it shows in their speed.

Mod Information
This is an updated version of the Cutebold Race from Mister Manson. Sadly, the original version is no longer on the workshop. I decided to bring the race up to version 1.1 along with adding a number of changes and tweaks. These modifications are listed below.

For the descriptions in game, I decided to put the cutebolds’ character into the writing. I wrote them as though I was a scribe, taking their ramblings and writings and making them available for everyone. This is why most of the back stories and different cutebold related descriptions are simple and silly.

Finally, there is a pair of zip files included; one contains simplified bodies and heads that lacks the separated ears and tails, and the other contains all the art assets including psd files.

What has been added since the 1.0 version?
Known Issues:

Latest Updates:
2.0.4 Jul 24, 2020
Added:
- Tribal cutebolds have learned how to meditate and psylink with anima trees. Only those cutebolds who have had a normal cutebold childhood know how to do this. Any outsiders and cutebolds who were enslaved in their youth are unable to.

Other:
- Fixed a couple of spelling mistakes in the backstories.
- Cutebolds who were a slave as a child can become a fire tender as an adult.

2.0.3 Jul 8, 2020
Bug Fix:
- Fixed an issue where cutebold traders weren't coming with their own food. They have been reminded that stealing from their friends is bad and will now bring their own food.

Feedback:
If you have any suggestions or feedback, do let me know! I know there are many parts I have not been able to play test along with a plethora of mods that may create strange or undesirable effects.

AresOfThrace 6 hours ago
Ah, cool. Thank you. Tried the mod on my existing save and Faction Discovery immediately asked me how many villages I want on my map. Looking forward to ensla.. I mean interacting with them.

Ashilstraza  [author] 13 hours ago
@AresOfThrace Yep! They will appear as a typically neutral faction and act like most other standard races with caravans, raids, and the like.

AresOfThrace 23 hours ago
Hey, will this faction appear as vict.. uhm I mean as NPCs on the map when playing a different scenario?

Ashilstraza  [author] Jul 24 @ 8:59pm
Updated: cutebolds have been taught how to psylink with anima trees!

Ashilstraza  [author] Jul 24 @ 9:43am
@Spooky Thanks for letting me know. I'll look into it tonight when I have a chance. (I don't actually have the dlc at the moment, will grab it though. Shame on me, I know.)

Spooky Jul 23 @ 9:13pm
Hey, thought i should mention the cutebold backstories don't seem to count as tribal backstories so they can't connect to anima trees, might wanna fix that.

Ashilstraza  [author] Jul 8 @ 7:44pm
@bone_zone Thanks! The cutebolds have been reminded to bring their own food.

bone_zone Jul 7 @ 11:42pm
cutebold traders waltzed straight into my storage and ate all of my food
< >